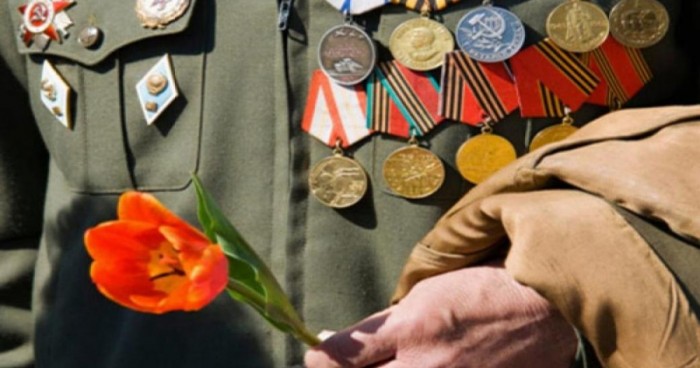 On May 9, there are much more tears and instead of a holiday - the ashes of shame and disgrace.

My grandfather was only 30 years old in 1941. He came to Moscow from Korosten, had a family and began to build a successful career as an architect. My father was less than one year old in 1941. He never found out what true fatherly love is. To work in the rear was worse than at the front, they used to think like that and acted accordingly. He volunteered for the front and immediately went into that terrible meat grinder, which would later be called the Yelnya operation. 8 days of fighting and more than 90,000 dead on both sides.

He went missing, that's all that remains in the memory of our family about that war. For many years later, the truth about those events began to appear in the press and from the mouths of the witnesses of those days. There were no weapons, they fought with shovels and wooden guns. Victory at any cost, the whole war, it's victory at any cost. They abandoned their own, did not exchange generals for privates who were captured, were forced to go through camps and bathe in blood in the front rows together with the penal guards. The horrors of that war, millions of losses, crippled generations of men and widowed women, for many decades after the victory, forced the authorities NOT to celebrate May 9, 1945. Those who went through the war, those who survived and those who lost sons, brothers, husbands, understood that it was not a holiday, then a day of mourning for their compatriots. But as the years passed, the colors changed, the sounds of sadness changed to the joyful sounds of the great achievement of the Soviet people.

We, the pioneers, stood with flowers at the Bolshoi Theater, marched along Red Square, looked at the evening sky in anticipation of the fireworks. This is probably right, the main thing is memory, the main thing is still victory in a war where you look at a lot of things differently now, asking more and more questions. The main thing is still victory. With absolute evil, undeniable evil, evil that has spread like metastases throughout Europe, fascism. We celebrated, we were glad that this would not happen again, and no one would want to repeat IT. Now, as an adult, with a 7-year-old son, I stand in a crowd of Muscovites and sing military songs.

“So we need one victory, one for all, we will not repeat it for the price”. And now the second son is 19 years old and we are walking together in the Immortal Regiment, holding a portrait of his grandfather in our hands. Grandfather, who died near Yelnya, like millions of Russians and Ukrainians, Kazakhs and Belarusians, with a portrait of his grandfather, a Jew by nationality, who gave his life so that a vile lie from the mouth of the chief diplomat of Russia killed him for the second time, and for the third time he was killed by a rocket fired, according to his historical homeland, in Ukraine. In the name of what goals, in the name of what victory...

The youngest and third son are 12 today, and he is from Kiev, he is Ukrainian. I will not get a portrait of his great-grandfather, I will not go to watch fireworks with him, I will not turn on the TV during the parade of military equipment. The holiday of May 9 is no longer in our family, only grief and pain, for the Bucha and Kramatorsk, Nikolaev and Mariupol…