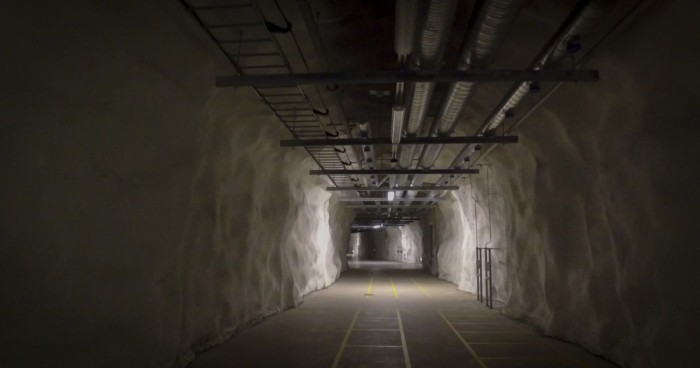 Since Russia’s invasion of Ukraine, European countries have been bolstering their defence systems in anticipation of further aggression from Russian president Vladimir Putin. It seems as though Finland had the foresight, even during friendlier times, to prepare for any attack from its eastern neighbour.

According to a Daily Mirror report, Finland has engineered an entire underground city in anticipation of a Russian attack. The underground city consists of about 500 underground shelters capable of housing 900,000 people. With Helsinki’s population sitting at about 630,000, this network of bunkers is enough to protect all residents and any visitors in the city during an attack.

Prior to the invasion, Finland — in an attempt to subdue the paranoia of Russia’s government — avoided joining NATO. With no military alliance as protection, the nordic country needed alternate methods of protection.

Finland has been building bunkers since the 1960s. It was a defence system set to avoid a repetition of the 1939-1940 winter war in which the Soviet Union unexpectedly rained bombs on Finland’s capital. The bunker network, which according to a Mirror report, always has enough food and water for 14 days, now stretches 200 miles and covers about 10 million square metres. They are equipped with thick metal doors designed to withstand the blast from a nuclear bomb and further reinforced with doors that protects the bunkers from radiation and chemical agents.

Security is the main feature of the underground shelter network but as of late, it has been transformed to give people a sense of normalcy assuming they have to, one day, seek refuge underground for an extended period of time. The shelter in the coastal residential area, Merihaka, for example, currently has a children’s play area, a cafe, and three hockey pitches.

“People have not been paying attention to our shelters for decades, using them as storage, but really the Ukraine war made them think about preparedness for themselves and their families,” said Petri Parviainen, Helsinki’s Civil Defence Unit Chief during an international press tour of the city’s bunkers.

“Our goal is to be amongst the first countries to be able to ratify the accession of Sweden and Finland,” Joly said.

With Finland’s revised stance on neutrality, retaliation from the Russian government appears imminent. WION News reports that Vladimir Putin has stated “a response” should be expected following news of Finland’s plans to apply for NATO membership.

Putin claims that the expansion of NATO is a threat to Russia’s security. Russia’s rivalry with the United States dates back many decades. Finland and Sweden’s bid to join NATO adds fuel to this fire as the Russian government will now have a U.S.-led military as their neighbour.

The fear of enhanced instability in Europe as a result of NATO expansion is echoed by Veronika Honkasalo, a Finnish member of parliament who is against her country joining the alliance.

Finland’s public support for joining the alliance rapidly increased from 30 per cent to 70 per cent since Russia invaded Ukraine.

There are currently around 50,000 bomb shelters across Finland. The bunker network is only one part of Finland’s impressive defence system. They also boast Europe’s largest artillery stock and an army of 240,000. In addition, it relies heavily on conscription laws that mandate all Finnish men aged between 18 and 60 to participate in a national defence program that lasts between six to 12 months.