EUTOP.news > Nicolas > We figure out what happened cryptocurrency Terra LUNA. Is Terra LUNA a Ponzi Scheme?

We figure out what happened cryptocurrency Terra LUNA. Is Terra LUNA a Ponzi Scheme? 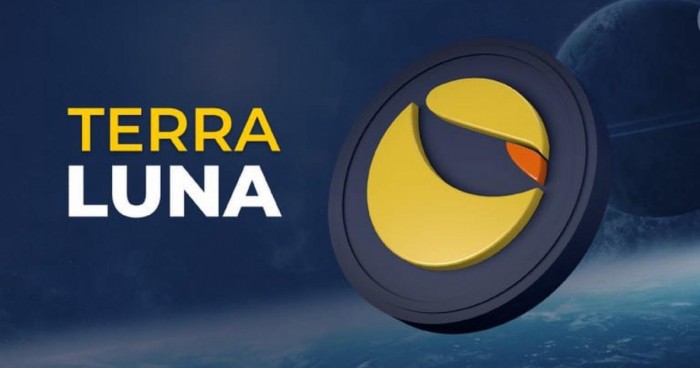 Terra LUNA and TerraUSD are stablecoins that were launched in 2018.

If you are someone who stays up-to-date with the latest crypto market activities, then the news of Terra LUNA crashing down a few days ago must have caught your attention.

Sure, price declines and bear market periods aren’t anything new to the crypto market, in fact, we have even seen Bitcoin drop below $30,000, which is less than half of its all-time high from November 2021.

However, saying that Terra LUNA went through a price decrease might be a bit of an understatement considering that it dropped from $120 per token to $0.02.

This black swan event took place between May 11th and May 12th, and some traders are even calling it the Terra LUNA price ‘massacre’.

So what factors led to this crash of this crypto? Is Terra LUNA a Ponzi scheme?

In this article, we will discuss all of this and show you how to buy Terra LUNA 2022 in case you think that this is only a temporary drop.

What is Terra (LUNA)?

Terra (LUNA) and TerraUSD (UST) are stablecoins that were launched in 2018 by Terraform Labs, a South Korean company run by Do Kwon.

The main objective was to build an algorithmic stablecoin in which Terra (LUNA) would be burnt each time Terra (UST) loses its 1:1 peg to the dollar and vice versa.

By doing this, more Terra (UST) would be minted and the dollar peg would be stabilized. For instance, if LUNA hit a $0.98 mark, a small amount of UST would be burnt, and if it increased to $1.02, a bit of LUNA would be burnt.

While there are stablecoins with similar goals (Tether and USD Coin, for example), none of them functioned in this manner.

All of this sounds like a great system, which is one of the main reasons Terra (LUNA) was considered one of the best crypto investments for a long time.

However, as it turns out, this system wasn’t sustainable.

Why Did Terra LUNA Crash?

To put it simply, the main reason LUNA crashed was that Terra lost its peg to the dollar.

While there are lots of theories circling around, this could be a consequence of the ongoing concern regarding the Federal Reserve’s impending interest-rate increase.

Some of the most popular crypto exchanges like Binance have temporarily banned LUNA withdrawals in the last few days to ‘prevent governance attacks’.

Terra LUNA wasn’t the only crypto affected – hundreds of coins lost a quarter of their value on the same day, but LUNA undoubtedly received the largest blow.

With global inflation growing stronger each day, investors seem to be turning their backs on cryptos and searching for ‘safer’ alternatives.

All of this combined led to what traders are calling a ‘crypto winter’.

However, crypto exchanges and some of the biggest experts in the industry have stated that this period won’t last for very long and that these conditions aren’t permanent.

Is Terra LUNA a Ponzi Scheme?

The CEO of Terraform Labs, Do Kwon, hasn’t really built a great reputation on Twitter over the last couple of years, with many professional traders referring to him as ‘arrogant and pompous’.

This is why some circles believe that the downfall of Terra was caused by personal attacks.

One of the theories that gained traction in the last few days was started by Charles Hoskinson, the founder of Cardano.

Hoskinson put out a tweet that said a large institution had borrowed over 100,000 BTC from the crypto exchange Gemini. Then, they traded that huge amount of Bitcoin for Terra (UST) for a big discount that Do Kwon provided. This directly decreased the liquidity of Terra (UST).

Next, he states that the institution then dropped these large amounts of tokens on the crypto market, which caused a liquidation avalanche and made investors sell their LUNA holdings in panic.

Charles explains that the crash happened because Terra was a Ponzi scheme from the beginning and that there weren’t nearly enough Bitcoin reserves to prevent it.

Gemini denied these allegations and Hoskinson later deleted the tweet, but that doesn’t dismiss the fact that these kinds of market manipulations are fairly common, regardless of the financial market.

Even if Gemini is telling the truth, Hoskinson tweeted that he is convinced that someone launched a personal attack on the Terra token.

While it’s still early to make any accurate assumptions, social media is full of different speculations on what happened.

Also, the fact that Do Kwon was behind another failed stablecoin project called Basis Cash certainly doesn’t help his case.

After a black swan event like this one occurs, it’s very difficult to make any estimates of whether the affected token has a chance of recovering.

Although, if most of the inflated Terra LUNA tokens that are currently in circulation don’t get burnt, the market cap could easily go back to around $40 billion and the price per token would be around $0.007.

Before it would reach the $0.1 price, it would have to flip the market cap of BTC, which is around $578 billion.

Whether Terra LUNA will go back to $100 per token again, it can only be possible if Do Kwon’s recovery plan is implemented flawlessly, which would result in burning a large portion of LUNA’s supply.

For instance, Shiba Inu has a supply of over 549 trillion, which is a lot more than LUNA, and it has a market cap of around $6.9 billion.

This means that pumping the price with a high supply isn’t impossible, and we have already seen Shiba Inu do it in late 2021.

One of the recovery plans that Do Kwon has released is LUNA Classic – a Terra 2.0 network.

This method involves the Terra blockchain being forked into a new chain that doesn’t include algorithmic stablecoins.

The old chain would be renamed Terra Classic (LUNC) and will coexist alongside Ethereum Classic.

It seems that this solution has the best odds of reviving Terra LUNA, especially since the LUNA Foundation Guard has allegedly spent the majority of its BTC reserves to try and stabilize Terra (UST) and return its peg to the dollar.

LUNA Classic is currently one of the hottest topics on Twitter.

Terra LUNA has been considered one of the best crypto investments for a long time due to its spectacular performance over the last two years.

However, all of this changed when the black swan event took place last week.

While most investors are selling their Terra assets increasingly fast, there are also those that see this as a great ‘buy the dip’ opportunity and believe that Terra LUNA will increase in value in the following period.

Whether Terra LUNA was a Ponzi scheme from the beginning or it just had a stroke of bad luck, it’s still too early to tell.