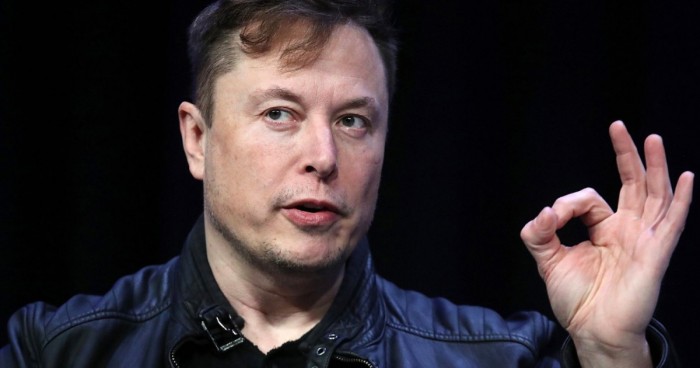 One of Twitter's loudest critics and most prominent users is now one of its biggest shareholders.

Tesla CEO Elon Musk has bought up about 9.2 percent of Twitter, according to a regulatory filing Monday that detailed his stock purchases.

The stock-buying revelation comes as Musk emerges as one of the loudest and most prominent critics of Twitter's moderation efforts, which in recent years have cracked down on everything from harassment and death threats to misinformation and conspiracy theories.

News of Musk’s move sparked some hope among conservatives who have been critical of Twitter's enforcement of its rules and its ban on former President Donald Trump.

Musk, who the Bloomberg Billionaire Index lists as the world's richest person with a net worth of about $273 billion, has in recent months said on Twitter — where he comments regularly — that he had given "serious thought" to building a competitor to the company. He said in a post last month that given that the social media platform "serves as the de facto public town square, failing to adhere to free speech principles fundamentally undermines democracy."

Musk’s stake in Twitter is considered a passive investment, which means he is a long-term investor who's looking to minimize his buying and selling of shares. But the sizable stake, along with Musk's recent comments, indicate that he could be looking to exert some control of the company.

“We would expect this passive stake as just the start of broader conversations with the Twitter board/management that could ultimately lead to an active stake and a potential more aggressive ownership role of Twitter,” Dan Ives of WedBush Securities wrote in a client note early Monday.

Musk has clashed with regulators about his use of Twitter.

Last month, Musk asked a federal judge to nullify a subpoena from securities regulators and throw out a 2018 court agreement in which he had to have someone pre-approve his posts on Twitter. At the time, U.S. securities regulators said they had legal authority to subpoena Tesla and Musk about his tweets, and that Musk’s move to throw out a 2018 court agreement that his tweets be pre-approved is not valid.

Musk's criticism of Twitter — happening almost exclusively on Twitter — has been mounting. In late march, he tweeted a poll asking people if they thought Twitter "rigorously adheres" to free speech principles. About 70 percent of the more than 2 million votes tallied said "No."

"The consequences of this poll will be important. Please vote carefully," Musk added.

If Musk does decide to try to exert influence on Twitter, it would be the second activist shareholder push on the company in just a few years.

Elliott Management, an investment firm known for taking large stakes in companies and pushing for management changes, took a sizable stake in Twitter in early 2020 and pushed for then-CEO Jack Dorsey to step down. Dorsey was able to strike a deal with Elliott Management that allowed him to say for the time being.