EUTOP.news > Nicolas > Will Joe Biden be impeached? - The Spectator

Will Joe Biden be impeached? - The Spectator 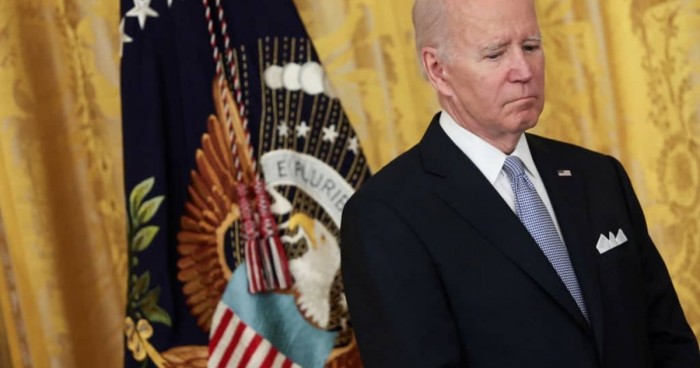 Before inflation began to eat the American economy alive, impeachflation had already undermined the office of the presidency. Donald Trump was only the third president to have been impeached. Yet he was impeached twice: in December 2019, for abuse of power and obstruction of Congress; and in January 2021, for ‘incitement to insurrection’ following the riots on Capitol Hill on 6 January.

People argued about whether these impeachments were right or wrong, but that’s not all that relevant now. What matters today is that Republicans saw that their political opponents were willing to use impeachment as a cudgel to hurt the nation’s Commander-in-Chief. And now they want revenge. As Joseph Siracusa, a political scientist at Curtin University, says: ‘It’s payback time.’

On 8 November, America will vote in the mid-terms. With the economy in peril, gas prices at near record highs, and a Democratic president whose job approval ratings keeps sliding, it seems highly likely that the Democrats are going to get a far more painful ‘shellacking’ than the one Barack Obama suffered in 2010. If, as expected, the Republican Party wins back the House of Representatives, Republican congressmen will be able to impeach him. It’s unlikely that the Grand Old Party will win the supermajority needed in the Senate to remove a sitting president.

But Biden is sufficiently concerned about the coming legal attack against him that he has just hired a top lawyer, Richard Sauber, as his special counsel to prepare his defence. The next two years of American politics could get nastier than ever. Joseph Siracusa thinks that Biden could be impeached for the shambolic of exit from Afghanistan under his leadership, but it could equally be over his son’s suspicious business dealings in Ukraine and China, or the high crime and misdemeanour of neglecting the crisis at the southern border.

In the age of impeachflation, almost any major presidential failing – and Biden has many – will do.

Of course, the Republicans don’t necessarily want Biden gone – given the advantage that his disastrous leadership has given them in the polls. It’s possible that enough Democratic senators might feel they want rid of their embarrassingly old and bad leader and decide to support his impeachment so as to get somebody else in. But then, as everyone knows, the vice president Kamala Harris polls even worse than Biden. The Democrats don’t have any clearly good alternatives. That’s why the idea of Hillary Clinton as a viable presidential candidate never really goes away.

But Republicans probably won’t be able to resist the chance to go after Biden. They know, through sour experience, that impeachment is a useful way of bogging down a presidency and shining an unflattering light on the opposition. Fully 70 per cent of Republican voters say the House of Representatives should impeach Joe Biden after the mid-terms.

Impeachments were never meant to be routinely deployed as a political tactic – the power is invested in Congress as a kind of break-glass-in-case-emergency provision in the US Constitution. But the Trump presidency changed all that. Now, increasingly, being on the other side of the political fence is a sufficiently serious misdemeanour for any congressional majority. And it is the American political system that appears to be shattering.