EUTOP.news > Nicolas > Finland and Sweden: NATO will grow, and the sooner the better

Finland and Sweden: NATO will grow, and the sooner the better 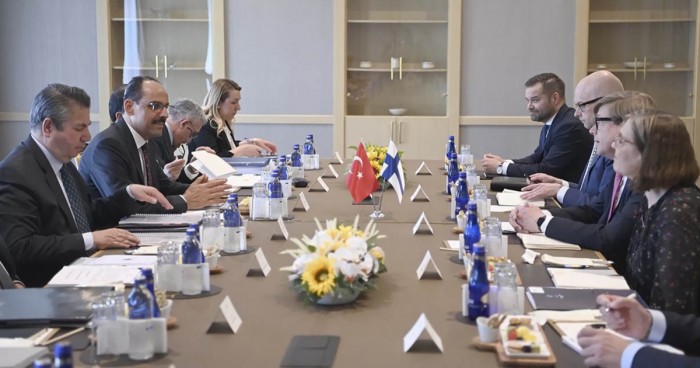 Russia’s invasion of Ukraine has transformed the geopolitical landscape of the transatlantic region, perhaps the greatest example being Finland and Sweden’s newfound enthusiasm for joining NATO. After a couple of centuries of military neutrality, or at least military nonalignment, both countries have submitted their applications to join the Western military alliance.

Few expected any problems with the admission of Sweden and Finland. However, NATO is an intergovernmental organization that requires unanimity on major decisions; in the case of adding new members, all 30 countries in NATO must agree.

In recent weeks Turkey has suggested that it is not quite ready to support Sweden and Finland’s application to join NATO. At first glance, this may seem to be an odd position for Ankara to take. Traditionally, Turkey has been one of the strongest advocates of NATO enlargement inside the alliance. It has long supported NATO membership for aspirant countries such as Ukraine, Georgia, and Bosnia-Herzegovina at a time when many other European members will not. In the years leading up to Montenegro and North Macedonia joining NATO, Turkey was once again one of the most vocal supporters.

However, in the case of Sweden and Finland there are two main issues that Turkey wishes to be addressed.

The first is Turkey’s claims that Sweden and Finland have unhealthy links to the Kurdistan Workers Party. The PKK is considered a terrorist organization in Turkey, the EU and the US. It was formed in the late 1970s and has conducted an armed insurgency against the Turkish state since 1984, during which tens of thousands of people have been killed or injured. Sweden is home to a sizable Kurdish diaspora and Ankara accuses Stockholm of welcoming PKK terrorists. Sweden denies this. Turkey has also complained that Finland and Sweden have ignored several extradition requests for suspected terrorists. Both countries argue that this is a matter for independent courts and not for the government.

The second area of contention deals with a ban on weapons sales to Turkey by some European countries, including Sweden and Finland. This arms embargo dates from 2019, when Turkey launched a crossborder operation inside Syria to create a buffer zone and target the Kurdish People’s Protection Units, the YPG, which Turkey argues is simply the Syrian branch of the outlawed PKK. However, the YPG also filled out the ranks and supplied the leadership of the Syrian Democratic Forces, the main force that the international community mobilized to fight Daesh.

Turkey is an important member of NATO, and when it comes to the terrorist threat from the PKK it has every right to raise concerns.

Since joining NATO in 1952 Turkey has played a critical role in European security. Central to almost everything that NATO does is the role of Turkey. Thousands of Turkish troops fought in the Korean war in the 1950s. Ankara’s control over the two Turkish Straits, the Dardanelles and the Bosphorus, which connect the Black Sea with the Mediterranean Sea, was crucial for regional security during the Cold War. During the Balkans crisis in the 1990s, Turkish troops played an important role in peacekeeping operations. And during NATO’s operations in Afghanistan, Turkey remained one of the largest troop-contributing nations and stayed until the very end to help with the evacuation of Kabul.

Swedish and Finnish diplomats were in Ankara last week to discuss Turkey’s concerns. While no concrete decisions were made, both sides described the talks as productive and cordial. Sweden and Finland have a lot to offer NATO and it would be in their interest to find an accommodation to ensure their membership of the alliance.

Both countries possess robust militaries that will bring significant capabilities to the alliance. If Sweden and Finland joined NATO, it would mean having seven out of the eight Arctic countries in the organization. Their entry would better focus the alliance on the emerging challenges in the region and play a role in helping to deter malign Russian and Chinese activities there. The two countries have also demonstrated the political will to deploy forces abroad. They are both clear minded about the threat posed by China, and have banned Chinese telecommunications companies Huawei and ZTE from their 5G networks.

As the 20th-century psychoanalyst Theodor Reik famously observed, history doesn’t repeat itself, but it often rhymes. In the early 1950s Sweden and Finland’s neighbors Denmark and Norway were some of the most vocal NATO members against Turkey joining the alliance. But in the context of the Cold War, both realized that Turkish membership would bring benefits to the alliance.

With Russia on the march in Ukraine, and with the rise of China, Turkey knows the same to be true today of Sweden and Finland. Their entry into NATO would enhance the security of the transatlantic community.

It is likely that they will come to some sort of arrangement that makes everyone happy. The sooner they do this, the better for NATO.