Kosovo to require temporary IDs for Serbs from 1 August 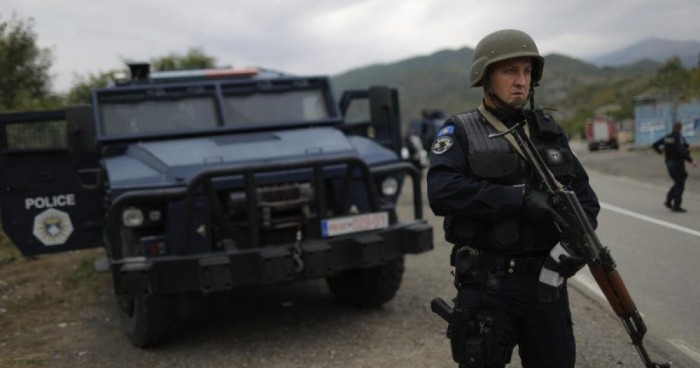 As of Monday (1 August), Serbian citizens travelling to Kosovo will be required to replace their passport with a temporary ID for the duration of their visit in a reciprocal move announced by Prime Minister Abin Kurti.

Belgrade doesn’t recognise its former province Kosovo which declared independence in 2008 and has been asking its citizens to provide a temporary ID for their visit to Serbia.

The reciprocal decision, initially announced in June, will be enforced for all border crossings of Serbians into the country from 1 August.

Kosovo was a province of Serbia before a bloody war in 1998-1999 which saw the genocidal regime of Slobodan Milošević kill over 13,000 people and displace more than 1.4 million ethnic Albanians.

Under the new rules, Serbs travelling to Kosovo will receive a temporary ID, valid for 90 days, that can be used in government institutions.

The news sparked outrage in Serbia, with President Aleksandar Vucic claiming that Kurti was preparing an attack against Serbs in northern Kosovo, without providing any evidence.

Northern Kosovo is populated by ethnic Serbs which until 2013 refused to acknowledge and recognise the independence of Kosovo. An EU-brokered agreement officially put and end to an assembly and parallel structures in Northern Kosovo, but wasn’t fully implemented.

The introduction of temporary IDs is the second reciprocal measure that Kurti has imposed on Serbia since coming to power.

The license place issue stems from a bilateral agreement signed in 2011, whereby cars from each country were supposed to be able to continue using their license plates while on the other’s territory.

However, Serbia violated this agreement from the start, requiring Kosovo-registered vehicles to use temporary Serbian plates when crossing the border.

Serbia retaliated by sending troops to its border with Kosovo and galvanising protests among Kosovo’s ethnic Serbs.

While the two parties have signed a temporary agreement—with vehicles moving between the two countries being required to place stickers on their license plates to hide country names and flags—they have failed to reach a permanent solution.

The government in Pristina has also called on Serbs living in the north to replace their Serbia-issue licensed plates with Kosovo ones rather than continue using stickers.

Kosovo and Serbia have been engaged in EU-led dialogue for over a decade, aimed at normalising relations between the two. Unfortunately, there has been little in the way of progress, and most of the deals signed have not been implemented.

The EU sees the recognition of Kosovo by Serbia as a condition for the country’s EU accession. Nevertheless, Belgrade continues to insist that it will never recognise its former province which it calls Kosovo and Metohija.