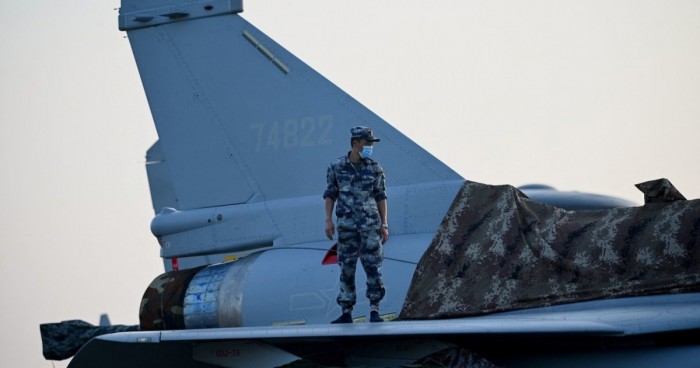 China and Taiwan are facing their most hazardous military escalation in more than two decades after Beijing vowed to surround the self-ruling island with live-fire drills in response to a visit by U.S. House Speaker Nancy Pelosi.

The dramatic surge in tensions presents the White House — which has expressed unease about her trip — with the alarming strategic prospect of having to contend with two major crises, just as it is taking the lead in supporting Ukraine in its defense against an invasion by Russian President Vladimir Putin.

The show of force from Beijing is an unambiguous signal to the international community of how easily China could impose an effective trade stranglehold round the democratic island, which is a crucial to global supply chains because of its advanced microchip production.

The proximity of the drills to Taiwan — which also include missile firing — will also ratchet up tensions over a potential conflagration.

The scope of the six closure areas ringing the Taiwanese coast is unprecedented, according to M. Taylor Fravel, director of the Massachusetts Institute of Technology Security Studies Program. “There are so many closure areas so close to Taiwan. The scope of these areas literally attack Taiwan from four directions — east, south, west and north.”

This latest round of saber-rattling triggered immediate comparisons with the crisis of 1995-1996 when Beijing fired a series of missiles in the Taiwan Strait after then Taiwanese President Lee Teng-hui inched toward independence. The U.S. responded with its largest show of force in Asia since the Vietnam War, including sending an American aircraft carrier to sail close to Taiwan.

Pelosi is expected to leave by Wednesday.

According to the Chinese military’s eastern theater command, there will be live air-and-sea exercises in the Taiwan Strait, as well as the firing of conventional missiles off the eastern coast of Taiwan.

On arrival, Pelosi, who’s the most senior American official to visit Taiwan in a quarter of a century, said her visit "honors America’s unwavering commitment to supporting Taiwan’s vibrant democracy." 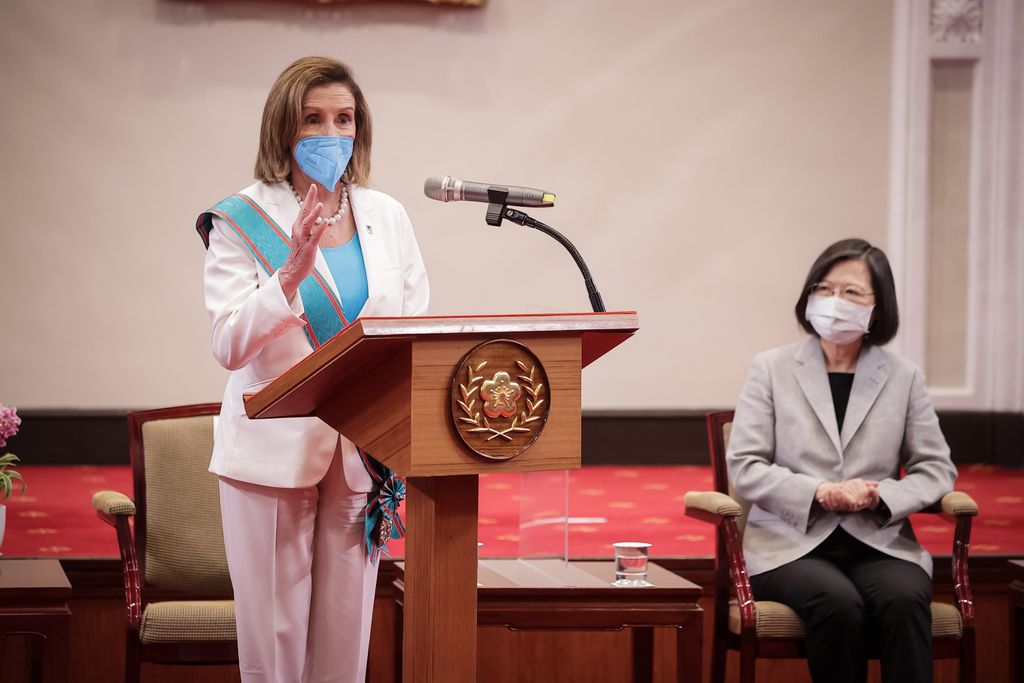 Beijing, on the other hand, considers it the most provocative move so far from the U.S. during President Xi Jinping’s rule.

"As the current leader of the U.S. Congress, no matter what reasons Speaker Pelosi visits Taiwan with, it is an escalation of U.S.-Taiwan official exchanges and a major political provocation," the Chinese foreign ministry said in a statement minutes after her plane touched down at Taipei's Songshan Airport.

Just before her plane arrived, the People’s Liberation Army said it’d scrambled an unspecified number of Su-35 warplanes crossing the Taiwan Strait — which is on the other side of Taiwan from which Pelosi’s flight came. Taiwan’s defense ministry, however, dismissed that claim as “fake news.”

Supporting Taiwan's independence, Beijing's foreign ministry added, "is a very dangerous act of playing with fire, and those who play with fire will burn themselves."

While in Taipei, Pelosi is expected to meet with President Tsai Ing-wen and other defenders of democracy.

John Kirby, U.S. President Joe Biden’s national security spokesman, said there was no reason for Pelosi’s visit “to become a spurring event for a crisis or conflict or for a pretext that the Chinese might try to whip up for some sort of military action.”

Lithuania’s Foreign Minister Gabrielius Landsbergis, who has advocated a pro-Taiwan policy, said: “Now Speaker Pelosi has opened the door to Taiwan much wider, I am sure other defenders of freedom and democracy will be walking through very soon.”

Speaking a day before Pelosi’s trip, German Foreign Minister Annalena Baerbock criticized China’s moves on Taiwan at a U.N. conference. “We do not accept when international law is broken and a larger neighbor attacks its smaller neighbor in violation of international law — and that of course also applies to China,” she said.

In response, the Chinese foreign ministry “lodged serious representations” during an introductory visit by the new German ambassador to Beijing, a move described a senior diplomat as “unprecedented."