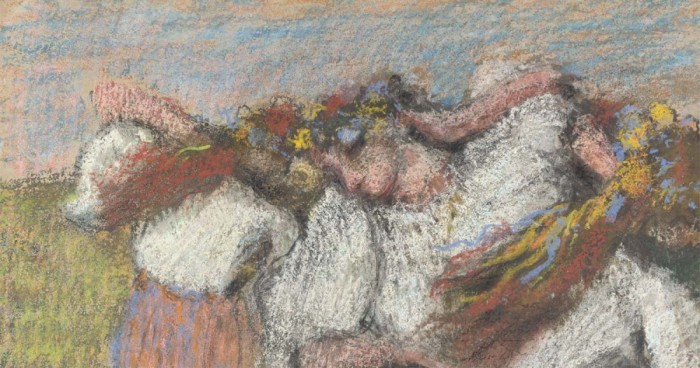 Edgar Degas' famous drawing previously titled "Russian Dancers" will now be known as "Ukrainian Dancers" after it was retitled by the National Gallery in London.

The decision, first reported by The Guardian, comes amid the unprovoked Russian invasion of Ukraine which has led to the deaths of at least 1,189 civilians. The name change has since taken effect on the museum's website.

The pastel drawing, made on tracing paper, was created by the famous French impressionist painter around 1899. It depicts three women wearing white and yellow clothing and crowns of yellow and blue flowers, the national colors of Ukraine, dancing in a field.

The drawing in the National Gallery collection is one of many drawings and paintings of the same name by Degas held by museums worldwide. The Metropolitan Museum of Art in New York City appears to have at least two similar pastel drawings in its collection.

The decision by the National Gallery to rename the piece may encourage other institutions to follow suit, as noted by The Guardian.

"The title of this painting has been an ongoing point of discussion for many years and is covered in scholarly literature," a spokesperson for the museum told the outlet.

"However there has been increased focus on it over the past month due to the current situation so therefore we felt it was an appropriate moment to update the painting's title to better reflect the subject of the painting." 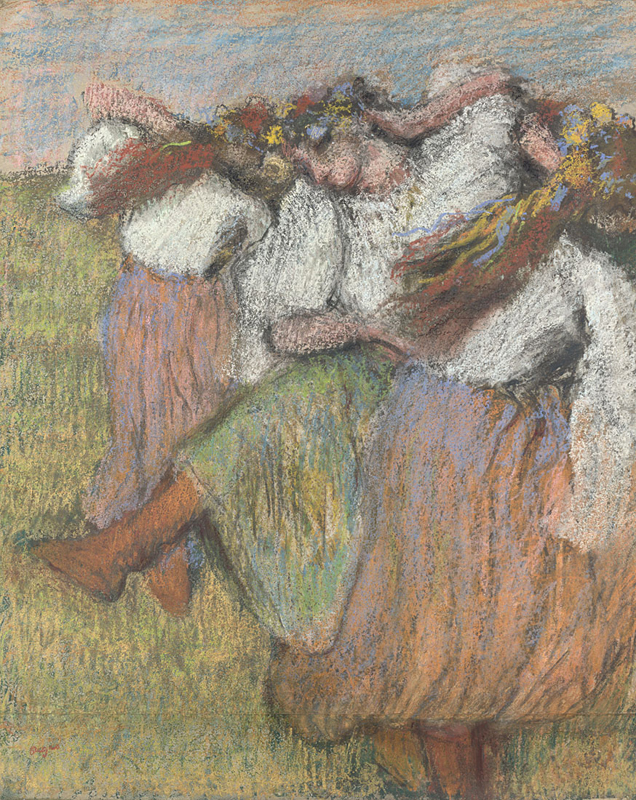 The change was welcomed by Ukrainian cultural scholars who told The Guardian that describing most art as Russian has become an "easy umbrella term" for works depicting the culture of former nations of the Soviet Union.

"Every trip to a gallery or museum in London with exhibits on art or cinema from the USSR reveals deliberate or just lazy misinterpretation of the region as one endless Russia," Ukrainian Institute director Olesya Khromeychuk wrote in German magazine Der Spiegel last month.

"The curators have no problem presenting Jewish, Belarusian or Ukrainian art and artists as Russian. On a rare occasion when a Ukrainian is not presented as Russian, he or she might be presented as 'Ukrainian-born.'"

People have been fighting to preserve Ukrainian art and history amid the war in Ukraine. United Nations officials said last month they are "deeply concerned" for the survival of such art and cultural sites.

The United Nations Educational, Scientific and Cultural Organization said in a statement that the agency is "working to assess damage" to such sites across Ukraine.

Ukraine is home to several sites listed for protection and preservation because of their global significance, including seven World Heritage sites.