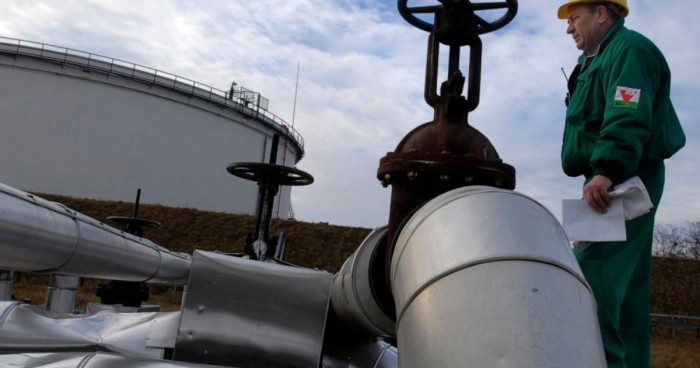 Oil shipments from Russia through a critical pipeline to several European countries resumed after a problem over payments for transit was resolved, Slovakia’s Economy Minister Richard Sulik said on Wednesday.

“Oil is already on Slovakia territory,” Sulik said on Facebook. He gave no further details.

But no oil has reached the neighboring Czech Republic yet, the country’s Mero pipeline operator said, and Hungary also was still to receive deliveries by Wednesday evening.

Transneft cited complications due to European Union sanctions for its action on Aug. 4, saying its payment to the company’s Ukrainian counterpart was refused.

Earlier Wednesday, Sulik said the payments would be made by Slovak refiner Slovnaft after both the Russian and Ukrainian sides agreed to the solution. Slovnaft is owned by Hungary’s MOL energy group.

MOL confirmed the money has been transferred. But Slovnaft spokesman Anton Molnar said the deal covered only shipments to Slovakia and Hungary and not to the Czech Republic.

Czech Industry and Trade Minister Jozef Sikela said his country has joined forces with Polish authorities to look for options to resume oil shipments to the Czech Republic. Two Czech oil refiners, including the one in Litvinov that processes Russian oil, are owned by Poland’s oil and energy giant PKN Orlen.

Slovakia receives practically all its oil through the Druzhba pipeline. Sulik said the payment is worth some 9–10 million euros (up to $10.2 million).

He said his country would work on a long-term solution to the problem which he said was caused by the refusal of an unnamed bank in Western Europe to transfer the money due to the sanctions imposed by the EU on Russia for its war against Ukraine.

“I wouldn’t look for a political context behind it, there’s none,” Sulik said.

However, Simone Tagliapietra, an energy expert at the Bruegel think tank in Brussels, said Russia has weaponized natural gas heading to Europe by claiming technical issues, and “this opens questions on whether it might now do the same with oil.”

Russia has blamed equipment repairs for its decision to slash flows through the Nord Stream 1 pipeline to Germany, whose government has called it a political move to sow uncertainty and push up prices amid the war in Ukraine.

EU leaders agreed in May to embargo most Russian oil imports by the end of the year as part of the bloc’s sanctions over Moscow’s invasion of Ukraine.

The embargo covers Russian oil brought in by sea, but allowed temporary Druzhba pipeline shipments to Hungary and certain other landlocked countries in central Europe, such as Slovakia and the Czech Republic.

“These countries are very dependent on Russian oil and as such they might face shortages in the short term should the interruption be lasting,” Tagliapietra said.

Some drivers in Hungary were anticipating that on Wednesday, prompting MOL to appeal to the public asking customers to reduce their petrol purchases.

“For now, I keep trying to keep my car’s tank topped up, so I don’t run out of fuel. And then we’ll see,” said Erzsebet Kovacs.