EUTOP.news > Andrew > A challenging year for Europeans - The President of the European Central Bank 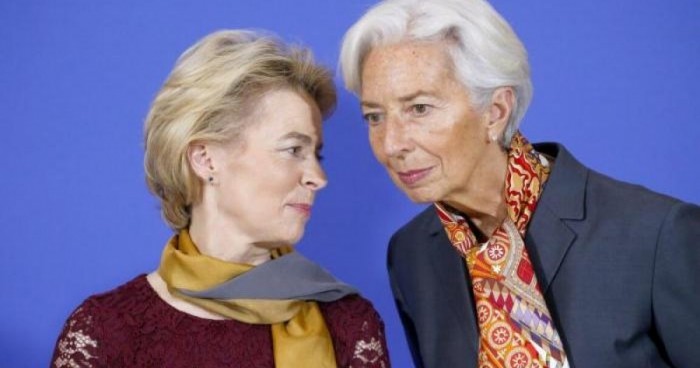 Brussels, 28 November 2022, in the speech held at the Hearing of the Committee on Economic and Monetary Affairs of the European Parliament, the President of the European Central Bank described the current year as a year of challenges for all of Europeans. As well as she has addressed to people's concerns about delivering mandate of the EU institution.

About Russian invasion of Ukraine

"The Russian invasion of Ukraine has caused widespread human suffering. It has also shattered our sense of safety, threatened our energy security, disrupted supply chains and contributed to pushing inflation well above our target.

The shock hit just as we were coming out of the pandemic and has continued to cause economic disruptions. The reverberations have been felt not only in Europe but also around the world: inflation has surged almost everywhere, prompting central banks to raise interest rates and leading financing conditions to tighten rapidly worldwide" - Christine Lagarde in front of the EU Parliament Committee.

"Given our proximity to the conflict and our dependence on energy imports, Europe has been hit particularly hard. Higher energy costs have been a key driver of euro area inflation, which in October reached double digits for the first time since the start of the monetary union. While the energy shock and global bottlenecks have constrained supply, the re-opening of the economy after the pandemic has led to a rapid release of pent-up demand, contributing to the upward pressure from demand factors on core inflation, which has increased gradually over the year.

This rise in inflation affects everyone, but some are feeling it more than others. I am thinking particularly of those on low incomes who spend a larger share of their consumption budgets on essentials such as food, electricity, gas and heating while having lower financial buffers to cover the rising cost of living. Currently, the gap between the effective inflation rate experienced by the lowest and highest income groups is by far at its highest level on record in the euro area."

About crisis, rising costs and post-Covid

"The divergence in inflation rates across euro area member countries is also at a record high, mainly due to different degrees of exposure to the energy shock and to the pandemic. We are monitoring these divergences carefully and expect them to normalise as the impact of these shocks fades over time.
The different shocks over the past year have also had an impact on real economic activity.
While the reopening of the economy after the pandemic resulted in surprisingly strong activity at the beginning of this year, growth is now slowing down rapidly as a consequence of the war.

By reducing people’s real incomes and pushing up costs for firms, high inflation is dampening spending and production. High uncertainty, tighter financial conditions and weakening global demand are also weighing on economic growth, which is expected to continue weakening for the remainder of this year and the beginning of next year. Faced with these unprecedented challenges, Europe has risen to the occasion and shown a strong sense of unity and solidarity – thanks also to the crucial role played by this Parliament in pushing for genuinely European actions.

Beyond providing financial, humanitarian and military assistance to Ukraine, the European Union has taken significant steps to shield us from the consequences of the war, enhance our resilience and reduce our energy dependence. The European response to the war has garnered broad support among citizens and optimism about the future of the EU has increased.Two out of three citizens now consider their country’s EU membership a good thing – the highest result since 2007