EUTOP.news > Andrew > European Central Bank seems not to have any concerns in December

European Central Bank seems not to have any concerns in December 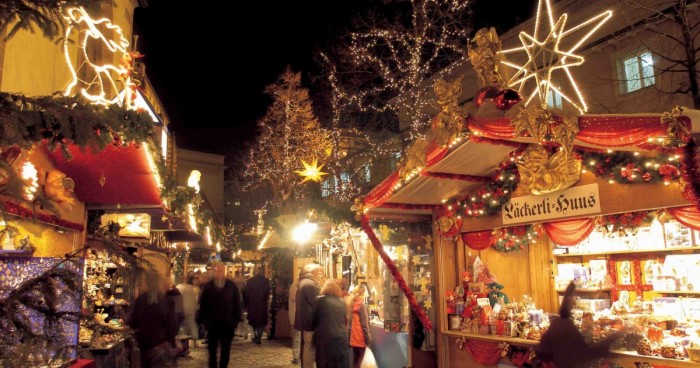 With "a strong sense of unity and solidarity – thanks also to the crucial role played by this Parliament in pushing for genuinely European actions, Cristine Lagarde addressed the committee on Economic and Monetary Affairs of the European Parliament:

"Beyond providing financial, humanitarian and military assistance to Ukraine, the European Union has taken significant steps to shield us from the consequences of the war, enhance our resilience and reduce our energy dependence.

The European response to the war has garnered broad support among citizens and optimism about the future of the EU has increased. Two out of three citizens now consider their country’s EU membership a good thing – the highest result since 2007".

The President Lagarde acknowledges: "Yet, the same surveys also show that one-third of citizens find the rising cost of living to be the most important issue facing the EU", thought states: "the majority of citizens believe that the defence of our common European values must be a priority, even if this has a negative impact on the cost of living, every policymaker should respond to this challenge."

While addressing people’s concerns and delivering on mandate, the President of the ECB insured that the institution is doing its part by ensuring price stability, "in line with its mandate".

"Our third major policy rate increase in October, resulting in a cumulative increase of 200 basis points since July, underscores our commitment to tame inflation. This increase was accompanied by a recalibration for our targeted longer-term refinancing operations (TLTROs) to reinforce the transmission of our policy rate increases to bank lending conditions and contribute to the normalisation of the Eurosystem balance sheet.

What to expect in December

"In December, we will also lay out the key principles for reducing the bond holdings in our asset purchase programme portfolio. It is appropriate that the balance sheet is normalised over time in a measured and predictable way.

Interest rates are, and will remain, the main tool for fighting inflation. Higher interest rates reduce demand pressures by making it more expensive to borrow money and by influencing how much people and businesses spend, save, borrow and invest. This in turn will put downward pressure on prices, although the adjustments will take some time to be felt in the economy."

"Higher interest rates also have an immediate effect on people’s and businesses’ expectations about future inflation, thereby guarding against the risk of second-round effects. Persistently high inflation could lead to de-anchored inflation expectations, which then become engrained in wage negotiations and price setting. Not only would the resultant wage-price spirals prove self-defeating in supporting real incomes economy-wide, but it would also hamper the productive capacity of the economy as a whole.

Strong labour markets – with the unemployment rate still at the historically low level of 6.6 per cent in September – are likely to support higher wages. Incoming data suggest that wages are picking up, and we will continue to assess their implications for the medium-term inflation outlook.

While monetary policy is geared towards bringing inflation back to our medium-term target, the economic outlook will also depend on the actions taken by other stakeholders.

In the current environment of high inflation, fiscal policy needs to be considerate to not add to inflationary pressures. Fiscal support should therefore be targeted, tailored and temporary. It should be targeted, so that the size of the fiscal impulse is limited and benefits those who need it most; tailored, so that it does not weaken incentives to cut energy demand; and temporary, so that the fiscal impulse is not maintained longer than strictly necessary. At the same time, governments should pursue fiscal policies that show they are committed to gradually bringing down high public debt ratios."

Delivering on the ECB’s mandate will create the conditions for strong and sustainable growth with benefits for everyone. Yet, achieving price stability is a necessary, but not sufficient condition. Other policy areas will need to act.

Removing constraints on economic growth through an ambitious economic reform agenda at the EU and national levels will not only rebuild supply that has been impaired by the recent shocks. It will also, over time, strengthen the resilience of our economy in a world that is becoming less predictable.