China to relax a zero-Covid policy after nation-wide protests 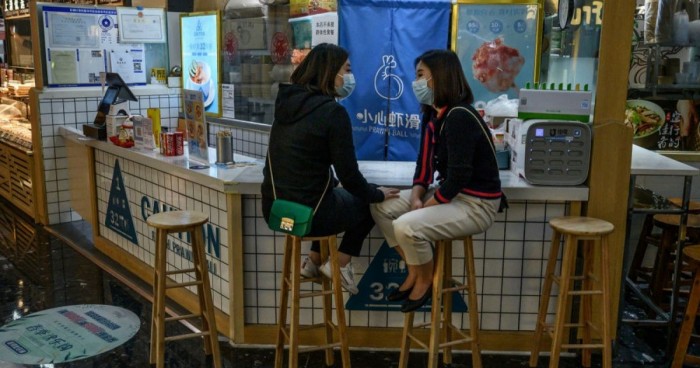 China’s top Covid official and multiple cities have signalled a possible relaxing of the country’s strict zero-tolerance approach to the virus, after nationwide protests calling for an end to lockdowns and greater political freedom.

Anger over China’s zero-Covid policy — which involves mass lockdowns, constant testing and quarantines even for people who are not infected — has sparked protests in major cities, including Beijing, Shanghai and Guangzhou.

But while authorities have called for a “crackdown” in the wake of the demonstrations, they have also begun hinting that a relaxation of the hardline virus strategy could be in the works.

Speaking at the National Health Commission on Wednesday, Vice Premier Sun Chunlan said that the Omicron variant was weakening and vaccination rates were improving, according to the state-run Xinhua news agency.

She made no mention of the zero-Covid policy in her latest remarks, suggesting an approach that has disrupted the economy and daily life might soon be relaxed.

The comments came as the Chinese capital said it would scale back daily testing requirements — a tedious mainstay of life under zero-Covid.

The elderly, those who work from home, students and teachers in online education, and others who do not leave home frequently are now exempt from daily tests, Xu Hejian, a spokesman for the Beijing Municipal Government, said on Wednesday.

However, Beijing residents still require a negative Covid test taken within 48 hours to enter public places such as cafes, restaurants and shopping malls.

A report by the state-owned Southern Metropolis Daily said on Thursday that local officials in Beijing and Guangzhou were planning to allow some positive Covid cases to quarantine at home instead of at state-run facilities.

The report was later deleted, and AFP requests for confirmation from local authorities in those cities went unanswered.
Southern manufacturing-hub Guangzhou — the site of dramatic Tuesday night clashes between police and protesters — also announced an end to daily mass testing for those who do not need to leave home frequently, including the elderly and infants.

Officials the previous day also partially lifted a weeks-long lockdown, despite seeing record virus cases, easing restrictions to varying degrees in all of its 11 districts, including Haizhu.

The central city of Chongqing also said on Wednesday that close contacts of Covid cases who met certain conditions would be allowed to quarantine at home — a departure from rules that required them to be sent to central isolation facilities.

Sun’s remarks, as well as relaxations of rules by local authorities, “could signal that China is beginning to consider the end of its stringent zero-Covid policy,” ANZ Research analysts said.

“We believe that Chinese authorities are shifting to a ‘living with Covid’ stance, as reflected in new rules that allow people to do ‘home isolation’ instead of being ferried away to quarantine facilities.”

The country reported 35,800 domestic covid cases on Thursday, most of them asymptomatic.