EUTOP.news > Andrew > The statue of liberty with Putin's face appeared in Milan this morning 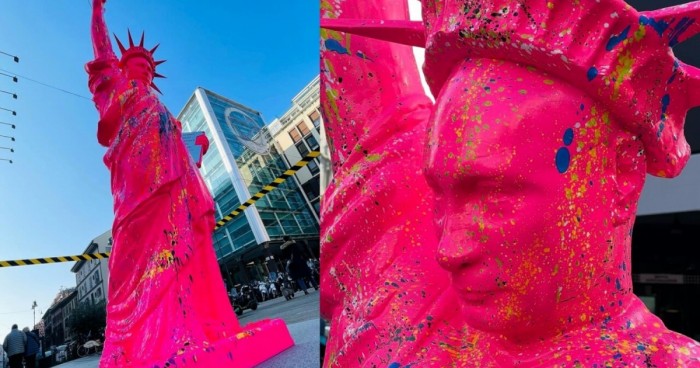 A colourful Statue of Liberty. But with the face of Vladimir Putin and a pistol instead of a flashlight. The installation appeared in Milan in Largo La Foppa, in the Moscova area.

The work, which bears the signature of the pop artist Dicò - the fire artist, has the inscription "it always seems impossible until it's done" on the book held in the hand by the personification of freedom. .

The statue, fuchsia with splashes of other colors, is a clear reference to Putin's regime in Russia and the possibility that the country could one day overthrow him. "Freedom it's not a gun", wrote the artist on his social networks ("freedom is not a gun").