Azerbaijan and Georgia aiming to become the European energy bridge 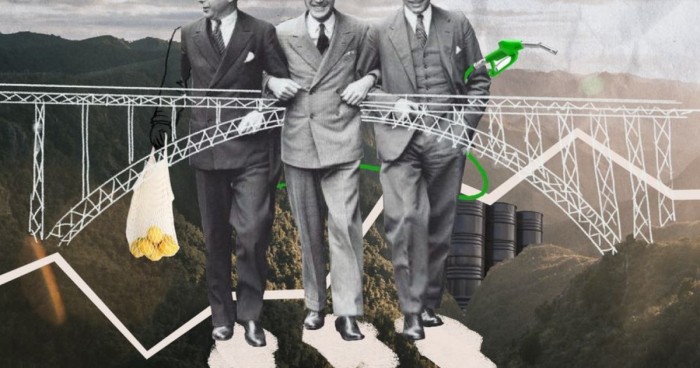 On October 24, Azerbaijani President Ilham Aliyev arrived in Georgia for a one-day working visit. The abrupt nature of Aliyev’s visit was characterized as “strange” and “mysterious” by many experts in Tbilisi, according to OilPrice.com. Indeed, the brevity of the visit and its format raised questions. David Avalishvili of Nation.ge underscored in a November 20 interview with this author that “it looked like an emergency visit caused by the urgent need to discuss important geopolitical issues with the Georgian leadership”. He added that the statements of the Azerbaijani president and Georgian Prime Minister Irakli Garibashvili at a briefing near the Chateau Mukhrani, in the centrally located Mtskheta Municipality, did little to clarify the situation. Aliyev’s urgent working visit took place with a clear violation of traditional diplomatic protocols: the Azerbaijani president did not find the time to meet with Georgian President Salome Zurabishvili, to which the Georgian head of state expressed her bewilderment. Earlier, she had asked for such a meeting, though she was never notified about the visit of “the leader of a neighbouring, friendly country”.

Zurabishvili was supported in her response by a number of experienced diplomats. For example, former Georgian Foreign Minister Irakli Menagarishvili, who served from 1995 to 2004, told this author that he cannot remember a single visit of the president from any country to Georgia without first scheduling a meeting with the head of state, even when the visit was of a working nature. “I refuse to understand and refuse to accept any explanation,” Menagarishvili emphasized.

Aliyev left Georgia on the same day he arrived. Earlier, he had said, at a press conference with Garibashvili, that he was ready to implement “new energy projects” to supply gas and oil to Europe via Georgian territory. Here, the Azerbaijani president specifically had in mind sending increased oil supplies via the Baku–Tbilisi–Ceyhan pipeline, expanded use of the Supsa oil terminal on Georgia’s Black Sea coast and the construction of a submarine cable for supplying 157 gigawatts of electricity to Europe.

While Aliyev and Garibashvili did not sign a single official document on energy supplies, the Azerbaijani president’s visit fit into the larger “puzzle” of major geopolitical upheavals in the region, mostly being precipitated by Russia’s all-out aggression against Ukraine. Indeed, Western sanctions against Moscow have effectively changed the “map of energy” and transport routes in the wider Eurasian region.

The events that took place after Aliyev’s departure from Georgia fully confirm this fact. On October 26, Garibashvili visited Budapest, Hungary, and met with Prime Minister Viktor Orbán. During a joint press conference, Orbán underlined that major energy initiatives are being developed. “It is interesting for us to have new transmission lines to receive energy from Azerbaijan through Georgia,” the Hungarian premier observed. He further argued, “With this initiative, we will save on natural gas, which we currently use to generate electricity. If this electricity is supplied directly to us in the future, then we will no longer need to purchase natural gas to generate electricity.” Orbán concluded that he is “very glad Garibashvili supports this initiative, which is of great importance for Hungary”.

However, the Chateau Mukhrani agreement between Aliyev and Garibashvili did not only cover electricity-generation concerns. On July 18, when European Commission President Ursula von der Leyen visited Baku, Azerbaijan signed an agreement with the European Union to double gas supplies through pipelines passing through Georgia by 2027—up to 20 billion cubic meters per annum.

Recently, EU diplomatic head Josep Borrell pointed out that, today, the states of Central Asia can only access the European and global markets through Russia. “Overdependence and lack of choice can come at a heavy cost—we have learned from bitter experience,” Borrell stipulated. This is mainly in reference to the need for expanded use of the Trans-Caspian International Transport Route (or Middle Corridor) connecting China and Europe via Kazakhstan, Azerbaijan, Georgia and Turkey. The EU diplomatic official also noted that the European Bank for Reconstruction and Development is currently completing a feasibility study for this transit route.

Beyond this, Georgia has already become an intriguing alternative transit corridor for the supply of goods to Europe from Asia. Independent energy and transit expert, Giorgi Khuhashvili, noted in a November 21 interview with this author that the “Azerbaijani-Georgian alternative corridor” today is one of the most consequential topics of discussion for Europe against the backdrop of Russia’s war against Ukraine. “We live in an era when the geopolitical and geo-economic functions of the South Caucasus has greatly increased. Until now, the main land routes from Asia, including China, to Europe passed through Russia,” Khuhashvili argued. He added that, in the recent past, it was quite difficult for Georgia to compete with this “mega-route,” but the “Russian corridor” is now effectively closed due to Moscow’s aggression against Ukraine. As Khuhashvili stressed, “Accordingly, interest in our alternative corridor has grown significantly. But the realization of this chance and potential requires very close coordination between Georgia and Azerbaijan, because only together can these two countries become a ‘bridge to Europe.’”

Expert on the Caucasus, Mamuka Areshidze, believes that Aliyev and Garibashvili were chosen by the Europeans so they would “voice” largely Western-leaning projects, which, in parallel with reducing Europe’s transport and energy dependence on Russia, also means strengthening the current security infrastructure in the South Caucasus. This would include the North Atlantic Treaty Organization’s more active participation in the peaceful resolution of the conflicts in Abkhazia, South Ossetia and Karabakh, as well as the creation of guarantees for Tbilisi’s overall domestic security and stability. In truth, without ensuring the peaceful and sustainable development of the Georgian state, the prospective “energy corridor” and “transport bridge” may collapse in the event of renewed direct Russian aggression against Tbilisi or a “proxy” separatists attack on Georgian territory. This overall vision was confirmed during a recent visit to Tbilisi by European Commissioner for Neighborhood and Enlargement, and Hungarian politician, Olivér Várhelyi.

In reaffirming their shared vision for the region’s expanded transit potential, on November 25, Georgia, Azerbaijan, Turkey and Kazakhstan signed the agreement “Roadmap for the Development of the Middle Corridor”. As part of the accord, the four signatories agreed on a plan to complete expanded development of this transit route by the end of 2027.

However, this opening for Georgia to become a new regional transit hub requires the responsible management of these various agreements by the ruling Georgian Dream party, which the opposition has accused of oligarchic rule and widespread persecution of political opponents. Thus, it remains to be seen if Tbilisi, along with Baku, will be able to seize this highly consequential moment.
The Jamestown Foundation report for OilPrice.