EUTOP.news > Andrew > The war in Ukraine is set to slow this winter, according to US intelligence

The war in Ukraine is set to slow this winter, according to US intelligence 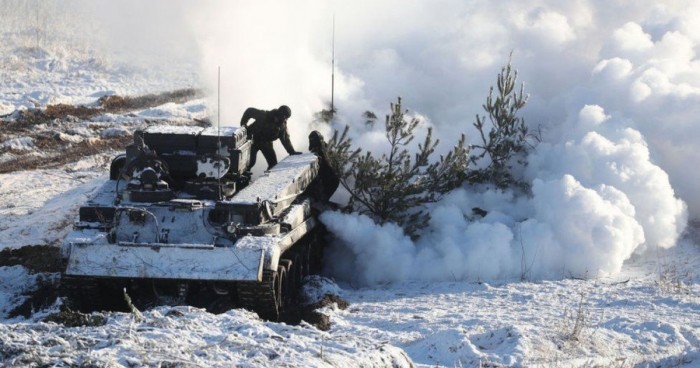 The head of U.S. intelligence says fighting in Russia's war in Ukraine is running at a "reduced tempo" and suggests Ukrainian forces could have brighter prospects in coming months, the Associated Press reports.

Avril Haines alluded to past allegations by some that Russian President Vladimir Putin's advisers could be shielding him from bad news — for Russia — about war developments, and said he "is becoming more informed of the challenges that the military faces in Russia."

"But it's still not clear to us that he has a full picture of at this stage of just how challenged they are," the U.S. director of national intelligence said late Saturday at the Reagan National Defense Forum in Simi Valley, California.

Looking ahead, Haines said, "honestly we're seeing a kind of a reduced tempo already of the conflict" and her team expects that both sides will look to refit, resupply, and reconstitute for a possible Ukrainian counter-offensive in the spring.

"But we actually have a fair amount of skepticism as to whether or not the Russians will be in fact prepared to do that," she said. "And I think more optimistically for the Ukrainians in that timeframe."

On Sunday, the British Ministry of Defense, in its latest intelligence estimate, pointed to new signs from an independent Russian media outlet that public support in Russia for the military campaign was "falling significantly."

Meduza said it obtained a recent confidential opinion survey conducted by the Federal Protection Service, which is in charge of guarding the Kremlin and providing security to top government officials.

The survey, commissioned by the Kremlin, found that 55% of respondents backed peace talks with Ukraine while 25% wanted the war to go on. The report didn't mention the margin of error.

Levada Center, Russia's top independent pollster, found in a similar poll carried out in November poll that 53% of respondents supported peace talks, 41% spoke in favor of continuing the fight, and 6% were undecided. That poll of 1,600 people had a margin of error of no more than 3.4 percent.

The British Defense Ministry noted that "despite the Russian authorities' efforts to enforce pervasive control of the information environment, the conflict has become increasingly tangible for many Russians since the September 2022 'partial mobilization.'"