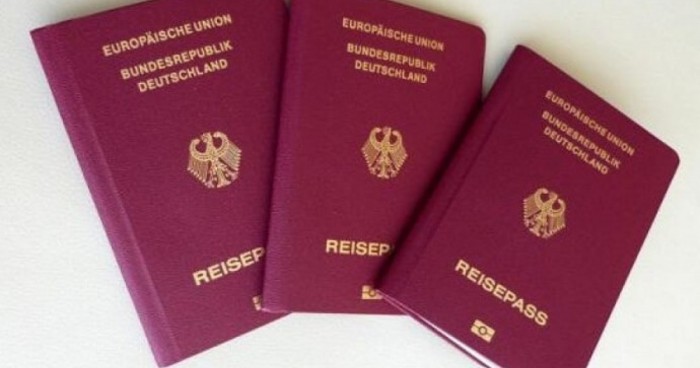 Two passports, fast-track naturalization and "golden visas" —dual or multiple citizenshipis already part of everyday life in many European countries. With its planned reform of the country's citizenship law, Germany is following the trend.

Some nations consider the prospect of additional citizenship a business model. Greece, Turkey, Portugal, Malta and certain other states offer "golden visas" and residency to certain people if they invest in real estate, start businesses and/or invest capital.

Hurdles on the path to a passport

The path to naturalization is regulated very differently across Europe. As a result of the rise in global migration and refugee movements , an increase in bi-national marriages and a widespread shortage of skilled workers, many European countries have revised their citizenship laws since the 2000s.

Ancestry and place of birth determine citizenship for children, but the regulations for adult immigrants vary. The hurdles to naturalization are relatively low in France, Britain, Portugal, Poland, Sweden, Finland and Belgium — countries where immigrants can often apply for naturalization after a 5-year legal and uninterrupted stay. That period is reduced to three years if migrants are married to European nationals. They can also retain their original citizenship after naturalization.

Switzerland, Austria, Italy, Spain, Bulgaria, the Czech Republic and Slovenia require immigrants to have lived in a country legally and continuously for at least 10 years to be eligible to apply for naturalization. Ireland, Hungary, Romania and Slovakia require eight years, Denmark requires nine.

If Germany reforms its citizenship legislation, the country will join the ranks of nations that advocate low-threshold naturalization. If passed, the new citizenship law will "enable multiple citizenship and simplify the acquisition of German citizenship," according to the Interior Ministry.

The reform is overdue, says Ünal Zeran, a lawyer and migration expert. "For me, it is imperative that multiple citizenship be introduced because of the principle of equal treatment," he told DW, adding that "many Turkish families who have lived and worked in Germany for 40 years feel discriminated against because the option is already available to many people, but not to them."

In Germany, there are already various ways of having another citizenship in addition to German citizenship. For example, EU citizens are allowed to keep their original citizenship. Children born in Germany to foreign parents no longer have to decide on the nationality they want to keep by the age of 22. And many naturalized Germans can keep their passports because their country of origin does not release them from citizenship, including many refugees

According to her ministry, German Interior Minister Nancy Faeser's draft bill to reform German citizenship legislation is still under internal examination. It is not yet known when the final draft will go to the Bundestag for a vote.