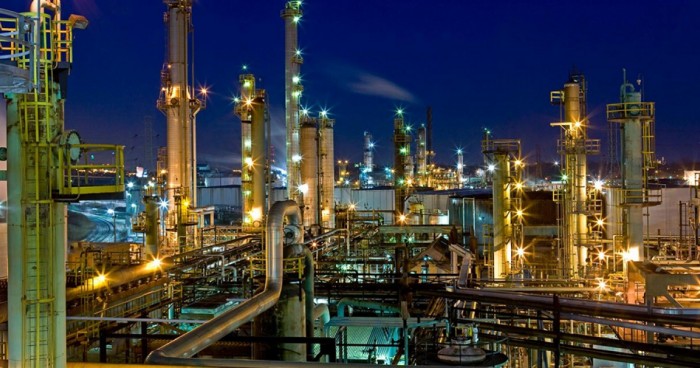 The Group of Seven price cap on Russian seaborne oil set at $60 (€57) per barrel came into force on Monday as the West tries to limit Moscow's ability to finance its war in Ukraine.

The price cap, to be enforced by the G7, the European Union and Australia, comes on top of the EU's embargo on imports of Russian crude by sea and similar pledges by the United States, Canada, Japan and Britain.

It allows Russian oil to be shipped to third-party countries using G7 and EU tankers, insurance companies and credit institutions, only if the cargo is bought at or below the price cap.

Because the world's key shipping and insurance firms are based in G7 countries, the cap could make it difficult for Moscow to sell its oil for a higher price.

Russia, the world's second-largest oil exporter, said on Sunday it would not accept the cap and would not sell oil that is subject to it, even if it has to cut production.

Simultaneously with a price cap backed by the Group of Seven advanced economies comes EU embargo on Russian oil, which is also meant to hurt Russia's oil earnings while ensuring that it does not send oil prices skyrocketing.

With the European Union having already shunned much of Russian oil over the past six months and Russia already selling much of its crude at steep discounts, it remains unclear just how big a blow the oil embargo and the price cap would inflict on Kremlin's war chest.

The EU announced in June it would ban Russian seaborne crude oil imports from December 5 and refined oil products from February 5 as part of its sixth sanctions package against Russia. The ban covers 90% of the EU's oil imports from Russia as a temporary exemption was made for pipeline crude oil.

The idea is to hurt the Russian oil industry, whose massive profits are being used by Moscow to bankroll its war in Ukraine. Last year, the EU imported about €70 billion ($74 billion) worth of crude oil and refined petroleum products from Russia.

The embargo also prohibits European shipping services providers from insuring and financing shippers carrying Russian oil to third countries if the cargo is bought above the price cap.

The measure is aimed at raising the cost of shipping Russian oil as in the absence of European firms, who are dominant players in shipping and other maritime services, Russian oil tankers would have to turn to less-efficient insurance markets.

What is the G7 oil price cap? - explains DW

The prospect of an embargo on Russian seaborne crude oil imports by its biggest buyer as well as a ban on maritime services made US authorities anxious, who feared the embargo would cause a massive spike in oil prices.

They proposed capping the price of Russian seaborne crude oil, a plan that would allow European firms to continue providing insurance and financial services to shippers carrying Russian oil to third countries as long as the oil is purchased at or below an agreed cap level.

The G7 and Australia on Friday agreed to a $60 a barrel price cap on Russian seaborne crude after much wrangling among the European Union members.

While the cap is meant to punish Russian President Vladimir Putin for the conflict in Ukraine by hurting Moscow's oil profits, it is also aimed at ensuring the continued flow of Russian oil to the global markets to prevent oil prices from soaring.

EU countries will not be allowed to buy seaborne Russian oil even if the prices are at or below $60 a barrel as the EU oil embargo supersedes the price cap plan.

How would the EU embargo and G7 price cap impact Russia?

The move is unlikely to cause a major dent in Russia's finances as Moscow is already selling much of its crude at around $60 a barrel. However, it would limit the country's oil profits in case global oil prices suddenly start soaring.

As the EU, which relied on Russia for about 30% of its oil needs prior to the war in Ukraine, has already drastically cut down seaborne oil imports from Russia over the past months, Russia has been forced to sell its oil to the likes of China, India and Turkey at significant discounts.

A $60-a-barrel price cap still preserves Russia's incentives to sell given that it's still above its cost of production of between $30 and $40 a barrel.

While China, India and Turkey are unlikely to join the West's plan, the existence of a price cap could increase their bargaining power, forcing Moscow to offer steeper discounts, in a blow to its profits.

The EU embargo means Russia will have to redirect another 1 million barrels of crude oil a day, a figure that's only likely to go up when Germany and Poland stop purchasing Russian oil via the Druzhba pipeline, which has been exempted from the current ban, from 2023.

However, rerouting all that oil would be a challenge for Moscow given the limited export capacity at Russian ports, the lack of an alternative to Druzhba (the East Siberia Pacific Ocean (ESPO) to China is already reaching capacity), a shortage of tankers and skyrocketing shipping costs for Russian crude.

Moreover, India and China could struggle to absorb much more Russian oil, notwithstanding deep discounts, as they have long-term supply contracts with Middle-Eastern oil producers, including Saudi Arabia and the UAE.