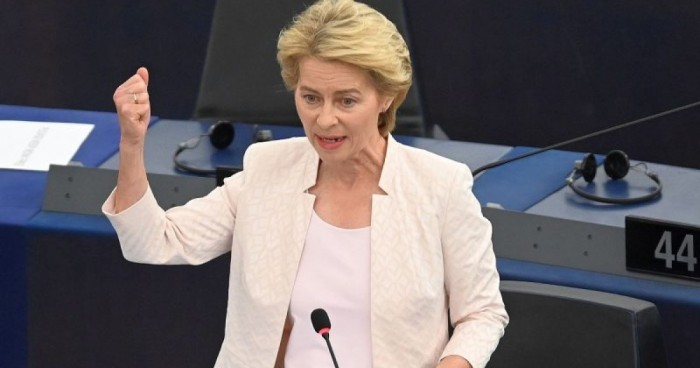 The European Union should simplify its rules on state aid to counter the risks of unfair competition of the Inflation reduction act: the 369 billion dollar package to reduce the deficit and encourage the production of clean energy in the USA. This was stated by the president of the European Commission, Ursula von der Leyen, in a speech at the Collège d'Europe in Bruges, Belgium.

The American measure, said von der Leyen, could produce "unfair competition" between the two sides of the Atlantic, "close the markets" and "fragment distribution chains already tested by Covid". Brussels' role is "both to carry out its duties at home and to work with the US to mitigate competitive disadvantages". Washington's industrial policy requires an "adequate response," said von der Leyen, starting with an adjustment to European rules to "make public investment easier."

Tensions over the US "anti-inflation law"

The package launched by the US government has sparked friction between the two sides of the Atlantic, ending up on the table of the confrontation in the White House between the American president Joe Biden and his French counterpart Emmanuel Macron. The fear of the EU is that the US legislation, hinged on facilitations and subsidies for the green economy, distorts competition and triggers a flight of investments from the EU market to the American one.

Biden himself has claimed the package and declared that he does not have to "apologize" for the text, even if he is open to some corrections and is trying to avoid an open conflict with Brussels. Von der Leyen calls for EU action to balance the ties, in the form of a review of state aid to facilitate public investment, a recalibration of funding for green technologies and a collaboration with the US to address some of the more "worrying" aspects of the law American. However, Von der Leyen specified that a trade war «is not in our interest. Not in the interests of the Americans."