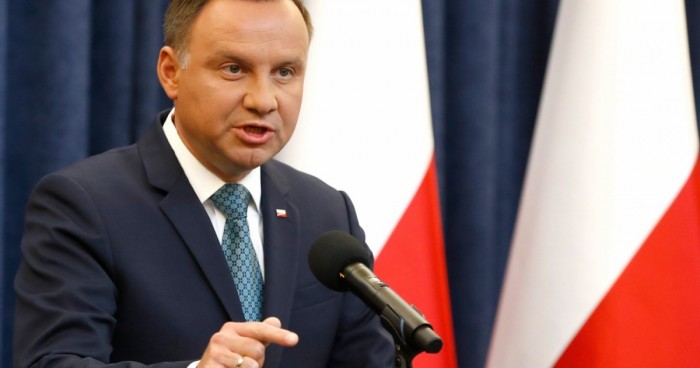 President Andrzej Duda has condemned the massacre of civilians in the Ukrainian town of Bucha, and called for its perpetrators to be brought to justice.

On Sunday, Ukrainian media published images of bodies, some with bound hands and exhibiting close-range gunshot wounds, scattered on the streets Bucha after Russian soldiers withdrew from the area.

"Criminals must be called criminals, they must be brought to justice and sentenced," President Duda said on Sunday, adding that Ukraine's defenders needed weapons.

"The photos from Bucha refute the claim that a compromise should be reached at any cost," Duda wrote on social media.

Earlier in the day, Prime Minister Mateusz Morawiecki said that the crimes committed by Russians in Bucha should be called genocide and added that the European Council should meet urgently to impose more effective sanctions on Russia.

The mayor of the recently liberated city accused Russian troops on Sunday of deliberately killing civilians during their month-long occupation of his town.

Russia's defence ministry has denied this, and said that photos and videos of dead bodies "have been stage managed by the Kyiv regime for the Western media."

Piotr Wawrzyk, a deputy Polish foreign minister, appealed on Sunday to war refugees from Ukraine to give testimony regarding Russian crimes to prosecutor's offices in Poland.

"Each piece of evidence will be an element of the charges against the Russian authorities," Wawrzyk told a private television programme.

He said that it once seemed that such a thing could not have happened in the 21st Century. "But this is 'a new Srebrenica'," he said.

Ukraine's President Volodymyr Zelensky said on Sunday his country would conduct an investigation involving international investigators into atrocities against civilians by Russian troops.