EUTOP.news > Andrew > Apple rushes to move production out of China

Apple rushes to move production out of China 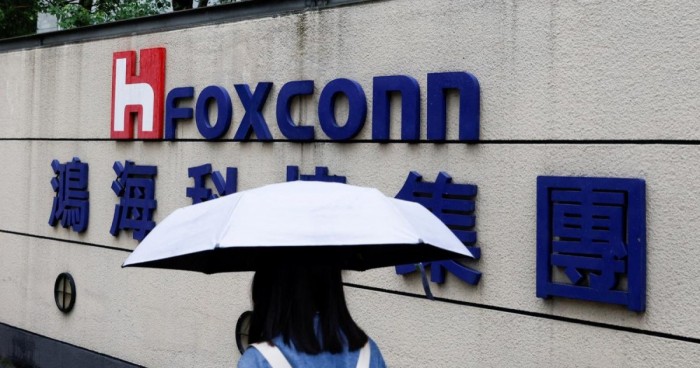 Apple has accelerated plans to shift some of its production outside of China, the Wall Street Journal reports, citing insiders.

The company has been reportedly telling suppliers to 'actively' plan on assembling Apple products elsewhere in Asia - primarily India and Vietnam, as the company looks to reduce dependence on Taiwanese assemblers spearheaded by Foxconn.

The company's goal is to ship 40-45% of iPhones from India, vs the current single-digit percentage, according to TF International Securities analyst, Ming-chi Kuo. Vietnam is also expected to shoulder more of the manufacturing of other Apple products, such as AirPods, smartwatches and laptops.

The decision was sparked by turmoil at "iPhone City" inside Zhengzhou (a 'city-within-a-city'), where as many as 300,000 workers assemble iPhones and other Apple products as a Foxconn-run factory, which produces roughly 85% of the iPhone Pro lineup, according to Counterpoint Research.

In November, violent protests hit the Zhengzhou factory - as workers upset over wages and Covid-19 restrictions began rioting and throwing things at the police. All of this poses a risk to Apple, which has relied on the factory as a stable manufacturing center.

"Apple no longer feels comfortable having so much of its business tied up in one place," according to the report.

So no, Apple isn't moving production out of concerns over human rights abuses, censorship, or other types of oppression.

One response, say the people involved in Apple’s supply chain, is to draw from a bigger pool of assemblers—even if those companies are themselves based in China. Two Chinese companies that are in line to get more Apple business, they say, are Luxshare Precision Industry Co. and Wingtech Technology Co.

On calls with investors earlier this year, Luxshare executives said some consumer-electronics clients, which they didn’t name, were worried about Chinese supply-chain snafus caused by Covid-19 prevention measures, power shortages and other issues. They said these clients wanted Luxshare to help them do more work outside China. -WSJ

The concerns over production revolve around new product introduction (NPI), which requires teams to work with contractors to translate blueprints and prototypes into a detailed manufacturing plan. According to the report, Apple has put its manufacturing partners on notice to start trying to do more of this outside of China.

That said, unless places like Vietnam and India can excel at NPI as well, they will 'remain stuck playing second fiddle' according to supply chain specialists.

For now, consumers doing Christmas shopping are stuck with some of the longest wait times for high-end iPhones in the product’s 15-year history, stretching until after Christmas. Apple issued a rare midquarter warning in November that shipments of the Pro models would be hurt by Covid-19 restrictions at the Zhengzhou facility. -WSJ

The shift marks a massive change in the relationship between Apple and China - which for decades have been engaged in a mutually beneficial relationship.

According to Kup, the supply-chain analyst, iPhone shipments in the fourth quarter of this year were likely to reach between 70 and 75 million units - around 10 million fewer than market projections before the Zhengzhou riots.

"Apple is going to have to find multiple places to replace iPhone City," said Dan Panzica, a former Foxconn executive who now advises companies on supply-chain issues. "They’re going to have to spread it around and make more villages instead of big cities."