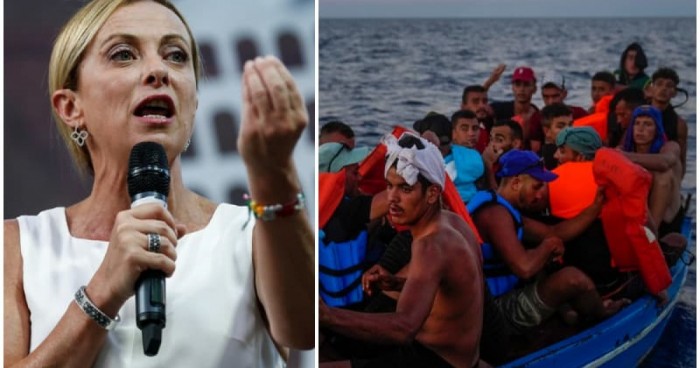 Premier Giorgia Meloni said at the Western Balkans-EU summit Tuesday that migrants were now a priority issue for the EU, and this had not been the case in the past, saying that Rome was caught in a pincer between the Balkan and Mediterranean routes for migrants and a new approach was needed.

On the migrant front "Italy is in a pincer," said the premier, who has made migrant policy one of the priorities of her recently appointed government, and whose closed-door stance for NGO run rescue ships has caused a major spat with France, according to ANSA report.

"For us the issue of the Balkan route is extremely important," said Meloni, leader of the rightwing Brothers of Italy.

"For the first time the European Commission has put the issue of the Mediterranean route as a priority together with the defence of borders".

"This has never happened before. Today it has. I think it is happening because Italy has posed the problem. The phenomenon as it has been managed so far has not solved the problem".

"I think we have a great responsibility with respect to the countries of the Western Balkans, especially after the Russian attack on Ukraine," said Meloni, who was welcomed by Albanian Prime Minister Edi Rama.

"We need to strengthen the process for the continuation of these countries' entry into the EU", - sums up Italian Premier.

"There many issues that we have to work on together, from the economy to cybersecurity, something which Italy is fully committed to". "You can count on Italy"