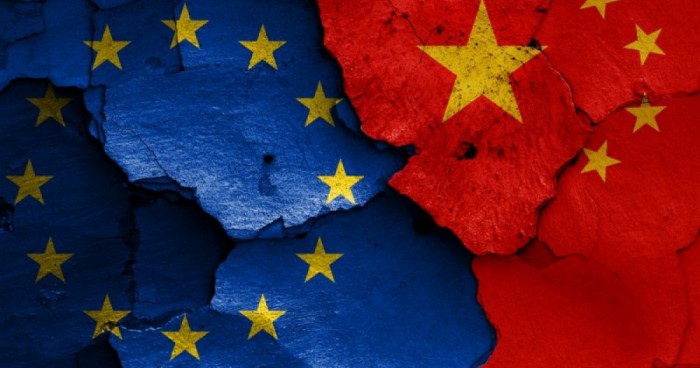 The EU has today requested the establishment of panels at the World Trade Organization for two of its ongoing trade disputes with China. One concerns the legality of the trade restrictions that China has had in place against Lithuanian exports and EU exports containing Lithuanian content since December 2021. The other concerns the legality of China restricting EU holders of high-tech patents from accessing EU courts to effectively protect and enforce their rights, - states European Commission communique.

In both cases, the Chinese measures are highly damaging to European businesses. Furthermore, China's discriminatory measures against Lithuania affect intra-EU trade and intra-EU supply chains and they impact the functioning of the EU internal market, including by forced market adjustments. The removal of these measures is in both the economic and strategic interest of the EU.

Since December 2021, China has applied discriminatory and coercive measures against exports from Lithuania and against exports of EU products containing Lithuanian content. These have included rejections of Lithuanian imports by Chinese customs authorities, import restrictions affecting multinational companies who use inputs from Lithuania and a cut in Chinese exports to Lithuania. China also suddenly formalised complete import bans on alcohol, beef, dairy, logs, and peat shipped from Lithuania as part of the same group of measures, using phytosanitary arguments for doing so. When asked for further explanations, China failed to prove that these bans were justified. Chinese customs statistics show that trade from Lithuania to China dropped 80% from January to October 2022 as compared with the previous year.

By requesting a WTO panel, the EU is protecting its Member States against China's discriminatory measures, which the EU considers to be in breach of WTO rules.

Starting in August 2020, Chinese courts have issued decisions – known as “anti-suit injunctions” – preventing companies with high-tech patents (known as standard-essential patents) from effectively protecting their technologies in non-Chinese courts, including EU courts. These “anti-suit injunctions” unduly limit the ability of high-tech patent holders, for example, a European company which owns mobile phone technology, from going to an EU court to settle a dispute with a possible licensee, for example, a Chinese manufacturer of mobile phones, on the conditions of a patent licence. Violation of these anti-suit injunctions leads to fines of up to 130,000 euros per day.

European companies hold a number of high-tech patents, which give the EU a technological edge. The Chinese measure effectively deprives European high-tech companies of the possibility of exercising and enforcing their patent rights within the EU or at any other court outside China. Where there are questions concerning EU patent rights, EU Courts should decide. For their part, Chinese manufacturers requested these anti-suit injunctions to pressure patent right holders to grant them cheaper access to European technology.

The EU considers the Chinese measures to be inconsistent with the WTO Agreement on Trade-Related Aspects of Intellectual Property Rights (TRIPS). Through these anti-suit injunctions China unilaterally imposes rules for the benefit of its own enterprises, to the detriment of the WTO multilateral system for the protection of intellectual property rights. By requesting a WTO panel in this case, the EU seeks to ensure that its high-tech industry can effectively exercise its patent rights to protect investment in innovation.

The WTO Dispute Settlement Body (DSB) will discuss the EU's request at its next meeting on 20 December 2022. China can oppose the establishment of a panel once. If it does so, the EU will renew its request and the panel will be established at the 30 January 2023 meeting of the DSB. Panel proceedings can last up to one and a half years.