EUTOP.news > Andrew > EU agrees on deforestation law and says no to goods from rainforests 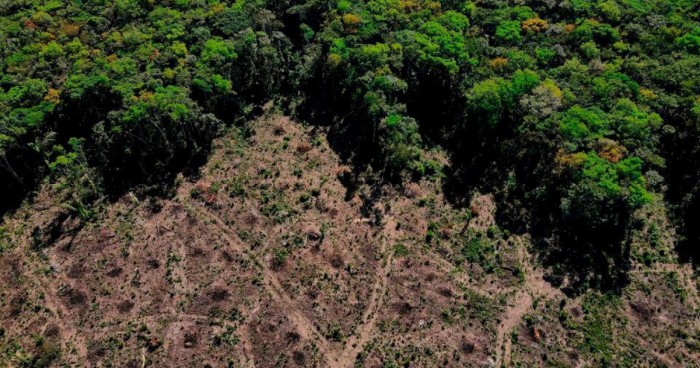 The Council and the European Parliament reached a provisional deal on a proposal to minimise the risk of deforestation and forest degradation associated with products that are imported into or exported from the European Union. The agreement is provisional pending formal adoption in both institutions.

"The EU is a large consumer and trader of commodities that play a substantial part in deforestation - like beef, cocoa, soy and timber. The new rules aim to ensure that when consumers buy these products, they don't contribute to further degrading forest ecosystems. Protecting the environment around the world, including forests and rainforests, is a common goal for all countries and the EU is ready to take its responsibility", - stated Marian Jurečka, Czech minister of the environment.

The provisional agreement sets mandatory due diligence rules for all operators and traders who place, make available or export the following commodities from the EU market: palm oil, beef, timber, coffee, cocoa, rubber and soy. The rules also apply to a number of derived products such as chocolate, furniture, printed paper and selected palm oil based derivates (used for example as components in personal care products). A review will be carried out in two years to see if other products need to be covered.

The co-legislators set the cut-off date of the new rules at 31 December 2020, meaning that only products that have been produced on land that has not been subject to deforestation or forest degradation after 31 December 2020 will be allowed on the Union market or to be exported.

The Council and Parliament agreed to set a definition for deforestation, based on a definition from the Food and Agriculture Organisation (FAO). They set an innovative concept for the definition of ‘forest degradation’ meaning the structural changes to forest cover, taking the form of the conversion of naturally regenerating forests and primary forests into plantation forests and other wooded land and the conversion of primary forests into planted forests.

The co-legislators agreed on stringent due diligence obligations for operators, which will be required to trace the products they are selling back to the plot of land where it was produced. At the same time, the new rules avoid duplication of obligations and reduce administrative burden for operators and authorities. It also adds the possibility for small operators to rely on larger operators to prepare due diligence declarations.

The Council and Parliament agreed to set up a benchmarking system, which assigns to third and EU countries a level of risk related to deforestation and forest degradation (low, standard or high). The risk category will determine the level of specific obligations for operators and member states’ authorities to carry out inspections and controls. This would facilitate an enhanced monitoring for high-risk countries and simplified due diligence for low-risk countries.

The Council and Parliament also tasked the competent authorities to carry out checks on 9% of operators and traders trading products from high, 3% for standard-risk countries and 1% from low-risk countries, in order to verify that they effectively fulfil the obligations laid down in the regulation. In addition, competent authorities will carry out checks on 9% of the quantity of each of the relevant commodities and products placed, made available on, or exported from their market by high-risk countries.

The agreement also takes into account human rights aspects linked to deforestation, including the right to free, prior and informed consent by indigenous peoples.

The agreement maintains the provisions regarding effective, proportionate and dissuasive penalties and enhanced cooperation with partner countries, as proposed by the Commission. It provides that fines proportionate to the environmental damage and the value of the relevant commodities or products concerned should be set at the level of at least 4% of the operators' annual turnover in the EU and include a temporary exclusion from public procurement processes and from access to public funding.

So how they proceed

The Commission published its proposal for a regulation on 17 November 2021. The Council adopted its general approach on 28 June. The provisional agreement reached with the European Parliament now needs to be endorsed and formally adopted by both institutions.