Croatia to join Schengen but ministers block Bulgaria and Romania 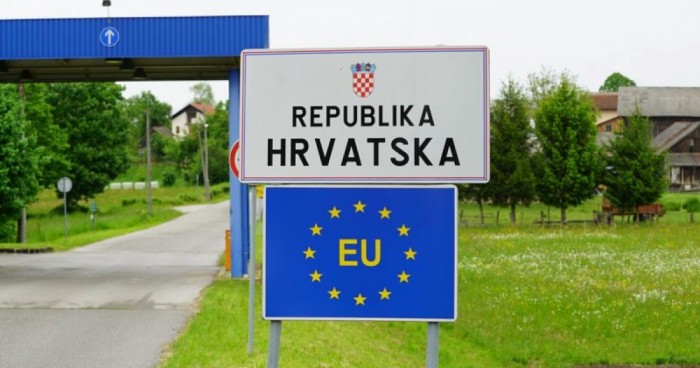 Croatia will join the EU’s passport-free Schengen area in January after EU home affairs ministers approved their application on Thursday (8 December) but again blocked applications by Bulgaria and Romania.

The EU’s borderless Schengen area is the world’s largest free travel zone and is often hailed as one of the top achievements of European integration. However, some EU countries have reinstated border checks since the migration crisis of 2015.

Austrian Interior Minister Gerhard Karner told reporters in Brussels before the meeting that Austria had recorded 100,000 illegal border crossings so far this year, including 75,000 people who had not been previously registered on the continent.

Croatia, the latest country to join the EU, in July 2013, will also join the eurozone in January and its process of EU integration has moved much faster than that of Romania and Bulgaria, which became EU members in 2007 but have achieved little progress towards further integration since then.

Though not a surprise, the decision to block Schengen membership, which all EU members are required to join as part of their treaty commitments, is a major blow for the two countries and was met with dismay by the European Commission, which has urged EU countries to approve all three applicants.

Romania and Bulgaria “are fulfilling all the requirements. They have been waiting for a long time. The citizens of Bulgaria and Romania deserve to be fully part of the Schengen area,” Ylva Johansson, European Commissioner for home affairs, told journalists after the meeting.

“When it comes to the accession of Romania and Bulgaria, we are not united and that makes us very weak and that makes me also sad,” she added, noting that further efforts will be made to get them into Schengen before the end of this Commission’s mandate in 2024.

The EU executive has stated that Bulgaria and Romania have been ready to join Schengen since 2011 but a handful of states initially blocked their membership bids because of concerns about corruption and migration.

Earlier this week, Sofia threatened retaliatory measures against Austria and the Netherlands if its Schengen path were blocked.

Last month, a large majority in the European Parliament called for all three countries to join Schengen, describing the veto on Romania and Bulgaria as “discriminatory”.

“Romania and Bulgaria are ready to be Schengen members and I’m very thankful to both countries for all their work,” said Czech Interior Minister Vít Rakušan, on behalf of the EU Council’s presidency. “I’m convinced their time will come soon.”