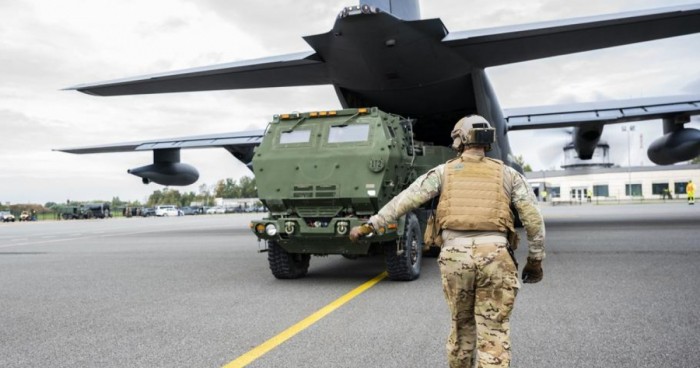 The United States is preparing to send Ukraine a $275 million military aid package offering new capabilities to defeat drones and strengthen air defenses, according to a document seen by Reuters on Thursday and people familiar with the package.

Details of the anti-drone and air defense equipment included could not be determined.

The Pentagon is also expected to include rockets for High Mobility Artillery Rocket System (HIMARS) launchers made by Lockheed Martin Corp, 155mm ammunition, Humvee military vehicles and generators, according to the people and the document.

A National Security Council spokesperson declined to comment on the aid package. The contents and size of aid packages can shift until they are signed by the president.

The $275 million will be covered by Presidential Drawdown Authority (PDA) which allows the United States to transfer defense articles and services from stocks quickly without congressional approval in response to an emergency.

Russia's surge in missile strikes in Ukraine is partly designed to exhaust Kyiv's supplies of air defenses and achieve dominance of the skies above the country, a senior Pentagon official said in November.

To counter these attacks, the United States has sent sophisticated anti-aircraft NASAMS systems to Ukraine which have been running for a few weeks.

Since the Russian invasion of Ukraine on Feb. 24, which Moscow calls a "special military operation", the United States has sent around $19.1 billion worth of security assistance to Kyiv.