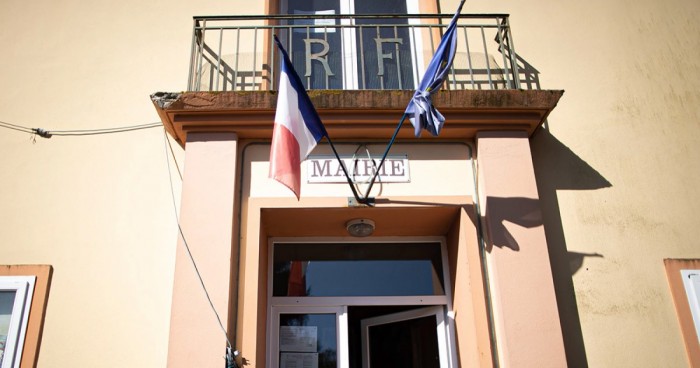 Soaring energy prices have seen France's smaller communes forced to close swimming pools and meeting spaces and turn off street lamps as they struggle to pay the bills.

In rural France, small communes have been forced to make cutbacks as heating bills have swallowed up more and more of their budgets.

In Oissel-sur-Seine, Normandy, the local authority was forced to close the swimming pool because heating it had become too expensive.

Administrative buildings have turned down the heating and some party venues have been closed to avoid unnecessary costs. Barré is calling on the government to reduce or even scrap VAT on gas purchased by local authorities.

The Oissel-sur-Seine case is far from isolated, with one unpublished study from the Fédération nationale des collectivités concédantes et régies (FNCCR) pointing to energy cost increases of up to 300 percent over the space of a year – and that was before the invasion.

The commune of Bohain-en-Vermandois in the northern Hauts-de-France region, described the current situation as “unprecedented” and has put a number of public works on hold.

Over the weekend, it will cut street lamps between midnight and 5am, starting on Saturday. During the week, lamps will be cut between 11pm and 5am.

“I know that some fear a heightened risk of burglary and theft but studies show that this is not the case,” wrote the Mayor in a Facebook post.

Meanwhile in Sainte-Néomaye in the south west Nouvelle Aquitaine region, where energy costs have nearly doubled in the space of a year, heating has been cut off at the public gym, renovation works accelerated and other public works cancelled.

“For us it is enormous,” Mayor Roger Largeaud told Libération. “No one would have thought we would get to this point one day.”

A number of communes have also been forced to reduce staffing.

The 7,000-person town of Sénas, in Provence-Alpes-Côte d’Azur, does not intend to hire any replacements for five staff who are retiring.

“It will have concrete consequences for certain services, like the médiathèque, which will have opening hours reduced. There will also be an overload of work for other employees of the town hall,” Mayor Philippe Ginoux told Libération.

“But it was either that or an increase in tax. If the price increases continue, who knows whether we will not have a choice?”

So what is the government doing?

Following the Russian invasion of Ukraine and subsequent western sanctions, energy prices have been soaring across Europe. The French government has reduced taxes on electricity and introduced a special rate for communes that employ less than ten people, while individual households have had gas prices frozen until the end of June.

“As soon as we ask for help, no one responds. When we are in the s*** and cry for help, they let us suffer,” said Ginoux.

In the long term, the French government is seeking to end France’s dependency on Russian gas and oil supplies by 2027.

In the short term, a system of ‘load-shedding’ has been discussed as a last resort, whereby energy supplied to different parts of the country on a rotating basis. Hospitals, schools and retirement homes would not be subject to this policy.