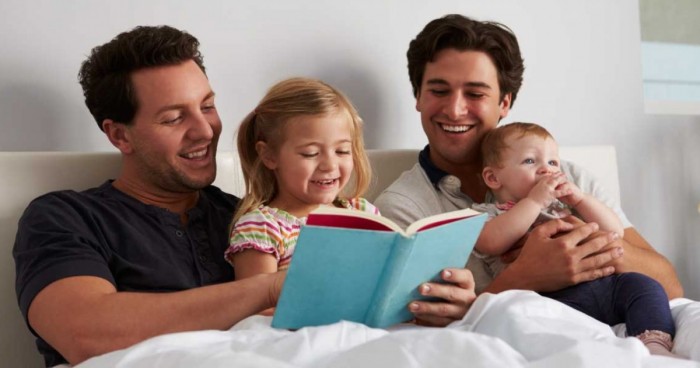 Poland will block European Union proposals to ensure that the rights of same-sex parents and their children are legally recognised in all of the bloc’s member states, says a deputy justice minister.

On Wednesday, the European Commission adopted a proposal to harmonise rules on recognising parenthood across the EU. Currently, certain parental rights derive from national laws, rather than being standardised across the bloc, reports Daniel Tilles, an editor-in-chief of NFP.

While in many member states, same-sex couples have the right to be recognised as the parents of a child, that is not the case in Poland, which has been ranked as the EU’s worst country for LGBT people for the last three years by ILGA-Europe, a Brussels-based NGO.

In one landmark case, Poland’s Supreme Administrative Court ruled in 2019 that a Polish same-sex couple whose son had been born in the UK could not transcribe his birth certificate into the Polish civil registry. The judges found that doing so would be “a threat to the Polish legal order”.

The European Commission’s vice president, Věra Jourová, says that such lack of recognition “puts children at risk, as they would not have guaranteed access to their rights”. The commission wants to ensure that “when a family moves from one member state to another, they remain a family”.

Katrin Hugendubel of ILGA Europe told Euronews that the current situation in some countries means parents can be prevented from making decisions about the medical treatment of their child or even collecting them from kindergarten.

“All children should have the same rights irrespective of how they were conceived or born and of their type of family,” adds justice commissioner Didier Reynders.

The commission’s proposal has met with resistance from Poland’s national-conservative government, which has in recent years undertaken a vociferous campaign against so-called “LGBT ideology”, which it presents as a dangerous Western import that undermines traditional Polish values and even threatens the state itself.

Last year, when the plans were being discussed in Brussels, justice minister Zbigniew Ziobro sought to block them, reported right-wing weekly Do Rzeczy at the time.

After the commission adopted the proposal this week, one of Ziobro’s deputies, Sebastian Kaleta, told state broadcaster TVP that, “as long as [this] government is at the helm in Poland, this document will never come into force”.

The plans would make “the rights of western Europe… binding in Poland”, he warned, and would “open the way to further regulations of family law”, such as recognising same-sex marriages or the idea that there are “dozens of ‘genders'”.
Ziobro and Kaleta belong to United Poland (Solidarna Polska), a hard-right junior partner in the governing coalition that takes a more eurosceptic line than the main ruling Law and Justice (PiS) party.

However, speaking to Do Rzeczy this week, Kaleta said that “there have already been many discussions on this matter and the government [as a whole] agrees with the recommendations of Minister Zbigniew Ziobro”.

Reynders acknowledges that it may be hard to “convince all 27 EU countries” to support the measures, which will be voted on by national justice ministers. If that is not possible, “we will see if there are opportunities to go further with ‘enhanced cooperation'”, he added, quoted by the Niezalezna news service.

While opinion polls show that a growing majority of Poles favour the legal recognition of same-sex partnerships, support for the right of same-sex couples to adopt children remains low, at around 10-18%, according to polling by CBOS, Ipsos, IBRiS and Estymator in 2019 and 2020.