EUTOP.news > Andrew > What is happening in Kosovo now?

What is happening in Kosovo now? 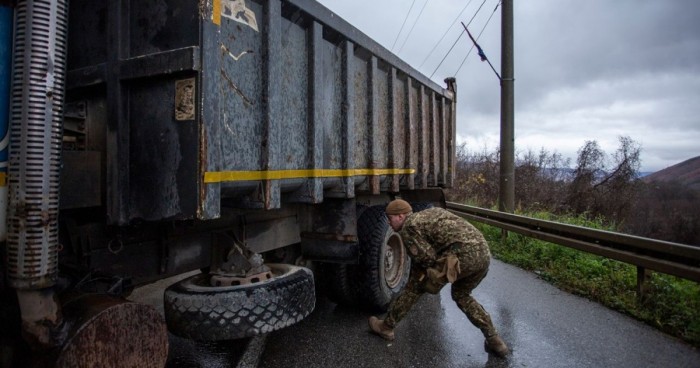 On Saturday a stun grenade was thrown at EU police in north Kosovo, where Serbs form a majority, and local police exchanged fire with unknown groups.
Ethnic Serbs set up road blocks after Kosovan police were deployed in a dispute over car number plates.

Serbia refuses to recognise Kosovo as an independent state.
Kosovo, which has an overwhelmingly ethnic Albanian majority, broke away from Serbia after a war in 1998-99.

Nato, which has peacekeeping troops in Kosovo, called on all parties to avoid provocations. The EU has done likewise, warning that it will not tolerate attacks on EU police or criminal acts.

On Monday, EU foreign policy chief Josep Borrell repeated his call for de-escalation from both Kosovo and Serbia. "They have to find a way to end the tendency to fighting in the streets, to creating blockades," he said.

The latest unrest was triggered by the arrest of a Serb former police officer on Saturday.
Speaking to Reuters news agency after meeting his national security council, Mr Vučić said he wanted to defuse the situation.

Kosovo police said they had come under fire in different locations close to a lake bordering Serbia late on Saturday, with officers returning fire in self-defence.

Kosovo deployed police to majority-Serb areas - which do not recognise the Kosovo government in the capital Pristina - at the end of last week. This heightened tensions further, after they were already raised for months over a row about vehicle license plates.

Mr Vučić said the use of police violated previous peace agreements. He said he planned to ask Nato peacekeepers for permission to send Serbian police and troops to the area, though acknowledged there was little chance of this being granted.