EUTOP.news > Andrew > Trust between the West and Russia has been completely destroyed

Trust between the West and Russia has been completely destroyed 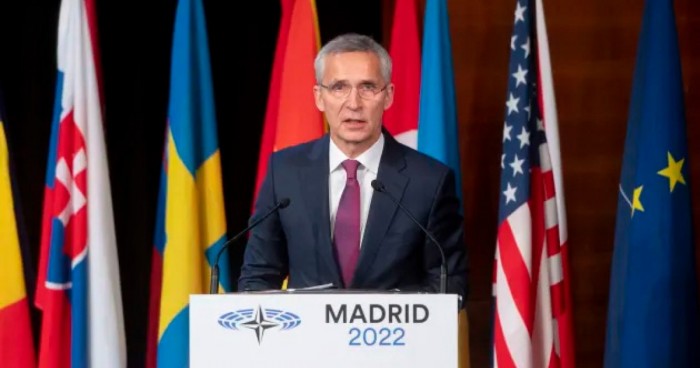 The West has tried to build bridges with Russia since the end of the Cold War but any trust that was established in recent years has been destroyed with Russia’s invasion of Ukraine, NATO Secretary-General Jens Stoltenberg said Monday.

“NATO strived for decades to develop a better, more constructive relationship with Russia,” he told CNBC’s Hadley Gamble in Brussels.

“After the end of the Cold War we established institutions [like the] NATO-Russia Council, when I was prime minister of Norway I remember that President Putin attended NATO summits ... so this was a different time when we worked for a better relationship. Russia has walked away from all of this,” he said.

Stoltenberg said a level of trust that had been established during a rapprochement between Western nations and Russia in recent decades had been destroyed by Moscow’s decision to invade Ukraine.

Stoltenberg’s comments come as the conflict in Ukraine shows no signs of slowing down over the winter period, despite expectations among some Western analysts that both Ukraine and Russia could look for a lull in the fighting to regroup before launching renewed counter-offensives in the spring.

That doesn’t appear to be the case, however, with fighting intense in eastern Ukraine and missile and drone strikes continuing to harass Ukrainian villages towns and cities in the south and east of the country.

Russia continues to pound Ukraine’s energy infrastructure too with devastating consequences for civilians; drone strikes on Saturday left 1.5 million people in the port city of Odesa without power, for example.

Russia President Vladimir Putin signaled last week that he was in it for the long-haul, saying the so-called “special military operation” could be a “lengthy process.” Russia insists that its aim is to “liberate” regions (Donetsk and Luhansk in eastern Ukraine and Kherson and Zaporizhzhia in the south) that it unilaterally and illegally “annexed” after coercive referendums on whether to join Russia.

Ukraine has also showed no signs of letting-up, particularly as it tries to build on momentum that has allowed it to liberate chunks of Kharkiv in the northeast and Kherson in the south and to make advances in the east — although the crisis there, particularly in Donetsk in eastern Ukraine, is seen as hellish for both sides with both forces dug into networks of trenches that now stretch across a devastated landscape reminiscent of World War I.

Stoltenberg insisted that the military conflict could stop at any moment if Russia chose to end hostilities.

“They [Russia] can do as many other European countries have done since the end of the Second World War, they can choose peace, choose cooperation, choose to trust their neighbors instead of always being so aggressive and threatening neighbors as Russia has done again and again against Georgia, against Ukraine.”