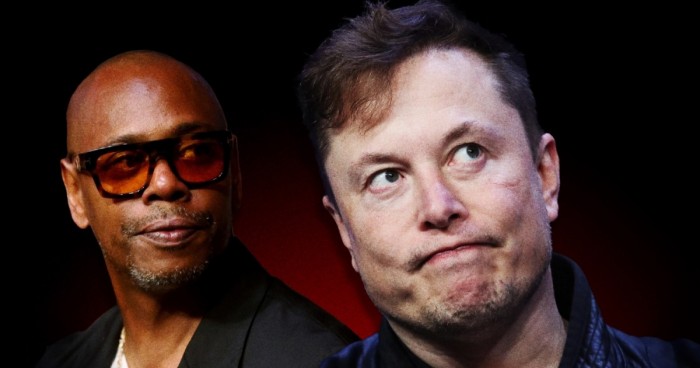 The polite version is that it didn’t go quite according to plan when Elon Musk made his most recent stage appearance, - Guardian reporters say.

“Ladies and gentlemen, make some noise for the richest man in the world,” the comedian Dave Chappelle roared on stage at the Chase Center in San Francisco as he invited the Twitter owner out to join him on Sunday night.

For the first couple of seconds Musk appeared ready to accept a euphoric welcome from the crowd of 18,000. He raised his arms high in the air and spun around as though he’d just scored a World Cup decider.

Then the booing started. And it continued. And it got louder. And louder. For the best part of 10 minutes Musk was given a real-time readout of his current popularity ratings.

“Controversy, buddy,” was Chappelle’s uncharacteristically diplomatic response to Musk as the booing echoed around the auditorium. “Weren’t expecting this, were you?”

That summed up perhaps the strangest aspect of the mass booing Musk endured on Sunday – that both men on stage appeared to be genuinely taken aback by the reception. After all, this was San Francisco, where thousands of employees were fired by Musk after his $44bn takeover of Twitter in October, and even those who kept their jobs were told by him that they had to work “long hours at high intensity”.

“It sounds like some of the people you fired are in the audience,” Chappelle said, and this time he wasn’t joking.

On top of that there was the fact that Musk had agreed to appear before one of the most progressive audiences – a comedy club – in arguably the most progressive city in America. All of which was perhaps ill-advised, given that he had spent much of the weekend spouting far-right tropes.

He had called for the pandemic health chief Anthony Fauci to be prosecuted, spread QAnon conspiracies and made transphobic remarks.

A normally irrepressible Musk seemed to be dumbstruck by the booing. He remained speechless, only opening his mouth to cry for help: “Dave, what shall I say?”

At least there was alternative facts to fall back on. By Monday morning Musk had perked up and was busily rewriting history. The deafening noise, he reassured his Twitter followers, had in fact been “90% cheers & 10% boos”.

Tell that to James Yu, a writer who was in the crowd on Sunday. “A good 80% of the stadium boos,” he estimated, noting that once the jeering started Musk withered on stage and turned “into a corncob”.