EUTOP.news > Andrew > 'I Have a Similar Personality to Yours' - Xi to Putin

'I Have a Similar Personality to Yours' - Xi to Putin 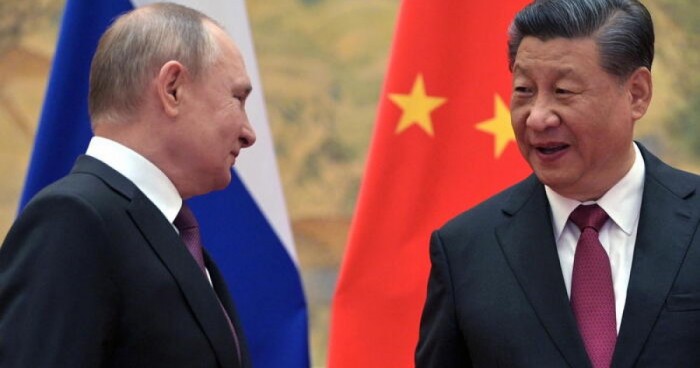 The Chinese leader has long admired Vladimir Putin. Now, he is strengthening ties between the two nations with increased trade and energy partnerships - Wall Street Journal states in its material.

Xi Jinping is standing by Putin despite his invasion of Ukraine, and recently ordered China to forge closer ties with Russia, report says

Citing policy advisors to the Chinese government, the outlet reported that Xi's plan includes "increasing Chinese imports of Russian oil, gas and farm goods, more joint energy partnerships in the Arctic and increased Chinese investment in Russian infrastructure, such as railways and ports."

It strengthens a vital connection for Russia, which is facing severe sanctions which have damaged its economy. On December 4, the European Union tightened its sanctions, announcing that it was banning the import of Russian oil into the bloc, in a bid to restrict the oil revenues that are among Russia's most important economic assets.

China has refused to take part in the sanctions, instead increasing trade with Russia even ahead of the new deals reported by the Journal, and becoming the key oil export market for Russia.

China has positioned itself as Russia's key international ally, with Moscow and Beijing announcing "no limits" to their cooperation just before Russia launched its invasion of Ukraine in February.

In March, Insider's Mattathias Schwartz detailed for Insider how Xi was treading a careful line on the invasion, then only weeks old, and had avoided becoming too enmeshed in Russia's conflict.

But in that months that followed, China has largely backed Russia's attempt to portray its unprovoked invasion as a response to NATO's eastward expansion.

That wavered when President Vladimir Putin of Russia began menacing the West with the prospect of nuclear weapons over its support for Ukraine, prompting Xi to be more critical of of Russia.

In a visit to China by German Chancellor Olaf Scholz in November, Xi criticised Putin's nuclear rhetoric, and called on Germany to help mediate a peace deal between Russia and Ukraine.

But despite the public statements, Xi in private has continued strengthen China's ties with Russia, the Journal said, and sees it as a partner for the long term.

The original article on Business Insider