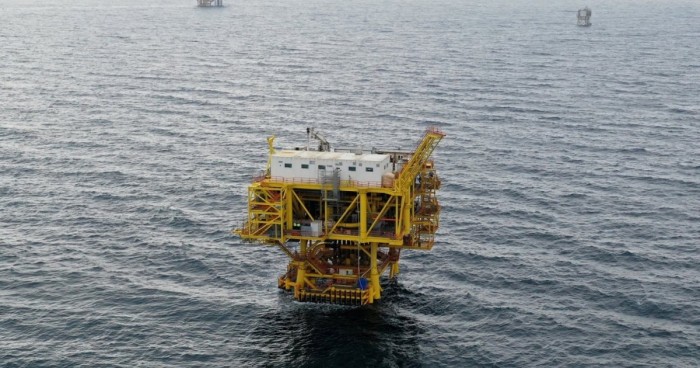 Turkey on Friday held a long-awaited ceremony to mark an increase in capacity at its first underground natural gas storage facility, in what officials say will make it the biggest storage site in Europe.

The country has been filling its gas storage units this year as the import-dependent country sought to secure energy supplies ahead of the winter and cope with energy prices that rocketed after Russia launched its invasion of Ukraine.

“This has made Silivri the largest underground gas storage facility in Europe,” said President Erdogan during his speech at the ceremony, Daily Sabah reports.

“Our facility will be able to meet a quarter of our country's demand on its own, even during intense phases of consumption,” he added.

Two offshore platforms that were manufactured through domestic means had been set up off Silivri as part of works to boost the facility’s capacity. "Expansion works were conducted at around 18 wells," Erdoğan said.

Work related to increasing the capacity at the country’s second storage unit, Lake Tuz, is also underway. Located in central Aksaray province, the facility currently has the capacity to store natural gas measuring up to 1.2 bcm on a yearly basis.

Meanwhile, the Silivri unit also stands out as the first facility in Turkey to have received a carbon footprint certificate and will have all of its electricity demands met with an installed wind turbine featuring a 4.2 megawatts (MW) capacity.

Turkey annual gas consumption rose from 48 bcm in 2020 to a record 60 bcm in 2021. Erdogan said this year's consumption is expected to stand at around 53.5 bcm.

Earlier estimates had put the figure at up to 63 bcm, but the power generated from renewable resources this year drove the gas consumption downward.

"Turkey has the 17th largest supply in the world with the energy it provides to its citizens and industries," noted Erdogan.

We have determined our energy vision in such a way so as to reduce our dependence on foreign sources from 71% to 13% in primary resources by 2053," he added.

The remarks came a day after Russian President Vladimir Putin reiterated his country's plan to build a new “gas hub” in Turkey. Putin said prices for sales to Europe would be defined using an “electronic platform” that would be set up at the center.

In October, Putin floated the idea of setting up a “gas hub” in Turkey following mystery explosions that damaged Russia’s Nord Stream gas pipelines under the Baltic Sea and halted its direct gas sales to Germany.

Russia’s energy sales to the European Union have sharply fallen since the start of its war in Ukraine, as the EU moved to cut dependence on Moscow.

Russia supplied 40% of the EU gas market until Moscow on Feb. 24 sent tens of thousands of troops into Ukraine, in what it called a "special military operation."

Since then, the West has introduced sweeping sanctions, including on Russian oil and gas, cut purchases of Russian-sourced fuels and sought alternatives.

Putin has criticized Europe for choosing spot pricing mechanisms for gas instead of long-term contracts, which used to be the backbone of gas exports by Russia’s Gazprom and gave the Kremlin-controlled company more certainty. He did not add any detail about the proposed platform.

Without being specific, Putin said that a hub could be set up in Turkey relatively quickly, and predicted customers in Europe signing contracts.

Erdogan backed Putin’s idea and both leaders instructed authorities to work on a roadmap that could be announced as early as this month.

"Our goal is to transform our country into a global center where the reference price of natural gas is formed as soon as possible," Erdogan said on Friday.

He had designated Turkey’s Thrace region, bordering Greece and Bulgaria, as the best spot for the location of the proposed new hub. "Thrace will particularly become a hub of natural gas and LNG," he also noted on Friday.