EUTOP.news > Andrew > Not spoiling the Holiday: How to lower Christmas energy bills

Not spoiling the Holiday: How to lower Christmas energy bills 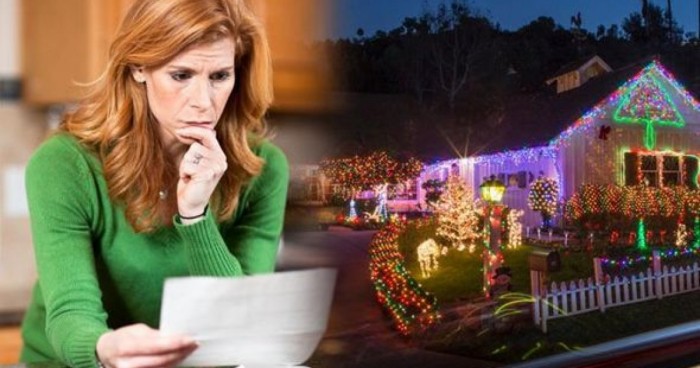 Christmas is already an expensive time but with energy bills rising, people are increasingly searching for ways to make a saving. While everyone's bills are expected to marginally increase over the Christmas break, there are some easy ways to keep energy costs low, experts have said.

Energy experts at Bionic have estimated that, for example in Britain, could rack up a bill of around £100 over Christmas Eve, Christmas Day and Boxing Day just by using electrical appliances

However, there are ways people can reduce the bill by not changing too much, and are five easy tips to do it.

Switch up the kitchen appliances
Christmas celebrations involve a lot of food preparation, and between the turkey, party food and more, it can feel like the oven is constantly on.

According to Bionic, a typical electric oven uses about 3,000W of power, which means based on the current price per kilowatt hour (kWh), it would cost around £1.02 an hour to run. If the oven is on for three hours when cooking a Christmas roast, the cost will be £3.06. A typical electric hob uses 2,000W of power so will cost 68p per hour.

Bionic’s Les Roberts said: “You could consider an alternative cooking method for your roast, such as a slow cooker or air fryer. A slow cooker costs just 5p per hour to run and is considered the most energy-efficient kitchen appliance.

“Why not attempt to slow-cook a turkey crown or breast joint and master crispy roast potatoes in the air fryer this Christmas?”

He also suggested turning the hob off before the end of cooking time when boiling vegetables as an additional measure, as the remaining heat in the pan will still cook what’s inside it without adding to the energy bill.

Re-Consider the lights
Christmas lights can play a bit role in creating a festive atmosphere in and around the house, but depending on which type people opt for, these could make for a costly bill.

Mr Roberts said: “Your Christmas lights should have their wattage on the label, in the instructions or on the box. Once you have the wattage of your lights, divide it by 1000 to find the kWh. This is how much energy the lights will use in the hour.”

According to Bionic’s research, LED lights run on 25 percent less wattage than incandescent lights so will cut costs drastically - and using solar-panelled outdoor lights can reduce bills even further.

Switch off the TV
The running cost for a TV greatly depends on the size and model, but it will have an energy efficiency label which states the kWh. To find the running cost per hour, people can multiply the kWh by the cost of energy per kWh.

Energy regulator Ofcom found that in 2021, Britons spent an average of five hours watching TV per day or 35 hours weekly, so if a TV were to run on 60 watts, this can be divided by 1000 to calculate the kWh.

For those not willing to reduce television consumption, a fair sum can still be saved simply by switching the device off at the wall.

Mr Roberts said: “Leaving your TV on standby means it is still using as much as 75 percent of the energy. Switching off appliances from the wall could save your household up to £40 over a year.”

Stay mindful of the heating
As temperatures plummet, more will be ramping up the heating to keep warm, but there are a few tips Britons should remember to keep costs low over the colder winter months.

Mr Roberts said: “It is much cheaper to use your central heating system than portable heaters. Using a portable heater could add £10 to your weekly electricity cost.”

However, he notes to ensure the most efficient use of central heating, people should shop around for the most cost-efficient and reliable boiler to “drive down running and maintenance costs."

He also suggested: “Turning down your thermostat by just 1C could save you 10 percent on your energy bill while installing a heat pump could slash bills by 30 percent.”