EUTOP.news > Andrew > 'There seems to be a common ideology here': Balenciaga's sister brand Gucci is under attack

'There seems to be a common ideology here': Balenciaga's sister brand Gucci is under attack 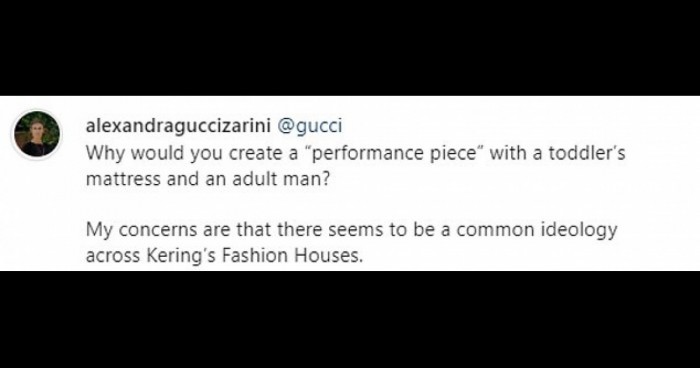 'There seems to be a common ideology here': Fresh scandal for Balenciaga parent company Kering as Harry Styles poses in teddy bear t-shirt next to a toddler mattress for sister brand Gucci... weeks after child imagery scandal, - heading by Daily Mail.

Gucci and Harry Styles have been slammed for an ad campaign in which Styles poses in a teddy-bear t-shirt next to a toddler bed, just a few weeks after its sister brand Balenciaga was embroiled in a child imagery scandal.

Styles appears in the new 'HA HA HA' Gucci campaign in an array of outfits and with different props. The images were released on November 2, several weeks before the Balenciaga scandal erupted.

One shows Styles standing in front of a toddler mattress leaning against a wall, and in others he is seen caressing and carrying it. In others and in an accompanying video, he is seen dressing and undressing.

The campaign was conceptualized by former Gucci creative director Alessandro Michele, who has since left the brand. Christopher Simmonds was in charge of art direction and Mark Borthwick was the photographer.