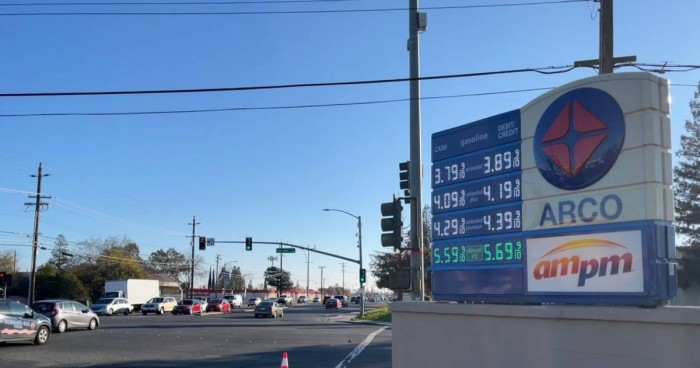 Gas prices in the Golden State are plummeting and inflation may be easing, but Democratic lawmakers and other political professionals believe it will have little effect on the state’s push to take oil companies to task for allegedly price-gouging drivers at the pump.

The average price of gas in California was $4.35 per gallon on Wednesday, and experts say it will likely drop below $4 a gallon in the coming weeks. Meanwhile, the latest consumer price data from the federal Bureau of Labor Statistics indicates inflation is receding as well.

This comes as California lawmakers prepare for a contentious debate about penalizing oil companies for alleged price gouging. State legislators will resume the special session on California gas prices at the start of the year, running concurrently with the regular session. It could take months to come to an agreement on the price-gouging penalty.

“Even as the urgency of the issue waned in terms of high gas prices, I think it remains a popular move to go after Big Oil,” said Melissa Michelson, dean of political science at Menlo College. “It allows lawmakers to situate themselves as the champions of the people, fighting against greed, and I think it’s always a good time to do that.”

Earlier this month, after convening a special legislative session on the topic, Gov. Gavin Newsom unveiled a plan to impose a penalty on oil companies when their refinery profits rise above a certain threshold. The money it raised would provide rebates to Californians. As currently written, the proposal lacks critical details, such as a specific profit cap and who would be eligible for rebates.

California has the second-highest gas excise tax in the nation at 53.9 cents per gallon. The tax, coupled with stringent requirements that refineries produce cleaner-burning gasoline, help make prices at the pump in the Golden State higher than the rest of the country. But Newsom, lawmakers and industry analysts say that doesn’t explain why the differential reached historic levels this year as oil companies enjoyed historic profits.

Instead, oil companies blame California policies for shrinking the supply of gasoline in-state and requiring them to bid on imported barrels of crude oil. Oil industry representatives argue that a cap on profits would restrict production in California even further and inevitably lead to more price spikes in the future.

“Where we should be focusing our attention is on the larger costs of doing business in California and what that’s gonna look like for the consumer going forward when we continue to take every step possible to increase market volatility and not decrease it,” said Catherine Reheis-Boyd, CEO of the Western States Petroleum Association.

When Newsom announced his proposal, Californians were paying an average of more than $6 per gallon for gasoline, or $2.60 per gallon higher than the national average — an unprecedented margin even in a state known for high gas prices.

Although Californians are now experiencing less pain at the pump, proponents say they’re still committed to getting a measure passed this session.

“Just because the prices have gone down a bit doesn’t mean the broader systemic problems have gone away,” said Sen. Ben Allen, D-Santa Monica.

Allen last year authored legislation that requires oil companies to disclose their refining products — the difference between what they pay for an average barrel of crude oil and the average price they charge for the finished barrel of gasoline. He hopes it will help serve as a starting point to build from during the special session.

“If anything, maybe the drop in prices will allow us a little more time to be thoughtful and develop a policy that can help avoid the repeating of some of the problems of 2022.”

Senate Budget Chair Nancy Skinner, D-Berkeley, is carrying the governor’s bill because she believes that California “was clearly targeted by oil companies” when gas prices spiked this year. Skinner said she was happy to introduce the measure because it sets up a “very important discussion for the Legislature and the public to have.”

“I’m not speaking to whether this is the thing we should pass ... more that it is absolutely the case that the oil companies price-gouged California, and the public and the Legislature need to discuss it and see what they feel is an appropriate response,” she said.

In addition to Newsom’s price-gouging penalty, legislators have introduced a slew of their own proposed bills targeting California’s high gas prices and oil company operations. They include mandating that refineries notify the state about planned maintenance that will take them out of operation and require the state to publicly post air quality emissions data associated with the transportation of imported oil.

State Republican leaders have brought back a bill to suspend the state’s excise tax on gasoline, which helps pay to construct and maintain roads and transportation infrastructure.

When gas prices were surging last session, former Assemblyman Kevin Kiley, R-Rocklin, continually pushed the bill, which would have suspended the tax for six months and replaced the lost revenue with general fund dollars.

But Kiley’s measure didn’t make it through the Capitol. Instead, Assemblyman Alex Lee, D-San Jose, in March made a motion in the Assembly Transportation Committee to gut the bill and amend it into a gas profits windfall penalty. The committee passed the amended bill over the objections of Republican members, who claimed Democrats were “hijacking” it. The bill was later stricken from the legislative file.

Republicans have consistently said cutting or suspending the tax is a good way to give drivers immediate relief from high prices.

Assemblyman Vince Fong, R-Bakersfield, has introduced a bill similar to Kiley’s as part of the special session. Even though fuel prices are down, he said, families in his Central Valley district are still feeling the pinch of costs that are higher than those in the rest of the country.

But Fong thinks going after oil companies is the wrong approach to solving the problem. Cutting taxes and increasing California’s oil-refining capacity is the better route, he said.

Similar to Skinner, Fong also sees value in a “serious conversation about how we provide Californians with affordable gasoline and a secure energy supply.”

“I look forward to the debate if the governor is willing to have it,” Fong said. “But is he willing to have an honest one, examining all all sides and all proposals — let the best idea win at the end of the day? I think that the contrast that we have is pretty clear and stark. The governor has proposed an inherently flawed proposal, and I think that there’s a bipartisan consensus that we need to provide immediate relief to Californians when it comes the gas prices.”