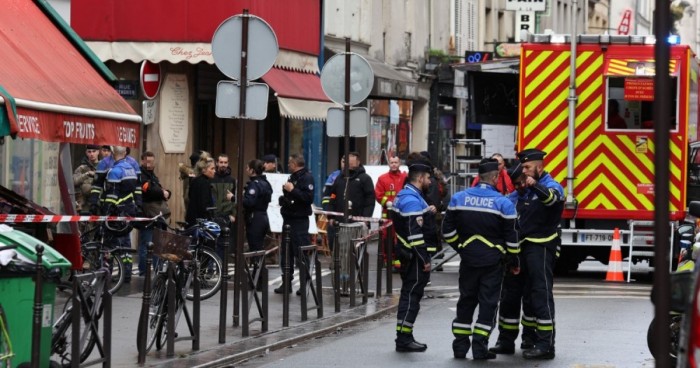 A gunman has opened fire in central Paris, killing three people and wounding three others.
The attacker targeted a Kurdish cultural centre and shot members of the local community. A possible racist motive is being investigated.

A suspect, aged 69, was quickly arrested and it soon emerged he had been freed from prison recently, — reports BBC.

Authorities appealed for people to avoid the area in Strasbourg-Saint Denis in the 10th district of Paris.

The Kurdish Democratic Council in France (CDF-K), which runs the centre that was hit, condemned the attack in a short statement. It also said there would be a vigil this evening to pay tribute to those killed.

There is no confirmed motive for the shooting, but Paris Prosecutor Laure Beccuau confirmed that the suspect had previously been charged with racist violence.
That incident - in which he attacked tents at a migrant camp in Paris with a sword - took place at Bercy on 8 December 2021. It was not clear why he had recently been released.
Le Monde newspaper quoted Ahmet-Kaya Kurdish, a spokesperson for the centre, as saying French authorities had "once more" failed to protect Kurdish people in Paris.

Local Mayor Alexandra Cordebard said the suspect was also wounded in the shooting and that three places had come under fire: the Kurdish community centre, a restaurant and a hairdresser. Two people were shot in the salon.

Paris Mayor Anne Hidalgo said the murders had been committed by a "far-right activist". She added: "Kurds wherever they reside must be able to live in peace and security. More than ever, Paris is by their side in these dark times."

"We were walking in the street and heard gunshots," a witness, Ali Dalek, told the BBC. "We turned around and saw people running left and right.

"And then, five or six minutes later, because we know people who work at the hair salon, we went in and we saw that they had arrested a guy - an old man, elderly, tall."
Another witness, a shopkeeper, told AFP she had locked herself in.
She said she had heard seven or eight bursts of gunfire. Two of those wounded in the shooting are said to be in a critical condition and two others were seriously injured.

Police detained the suspect without resistance and reportedly recovered the weapon used in the attack. Prosecutors said they had opened a murder investigation.
French Prime Minister Elisabeth Borne praised police for their decisive action and branded the murders a "heinous act".

Meanwhile, Interior Minister Gérald Darmanin has travelled to the scene and spoken to reporters. He said it was not yet clear what the shooter's motive was.
The attack took place almost 10 years after the murder of three Kurdish women activists in Paris in January 2013, including a co-founder of the militant nationalist PKK.

The street close to Château d'Eau metro station has several restaurants and shops, as well as the cultural centre. Ms Cordebard said it was a very lively area.
Authorities have sealed off Rue d'Enghien, the street where the shootings took place, with crowds gathered at the scene as investigations get under way.