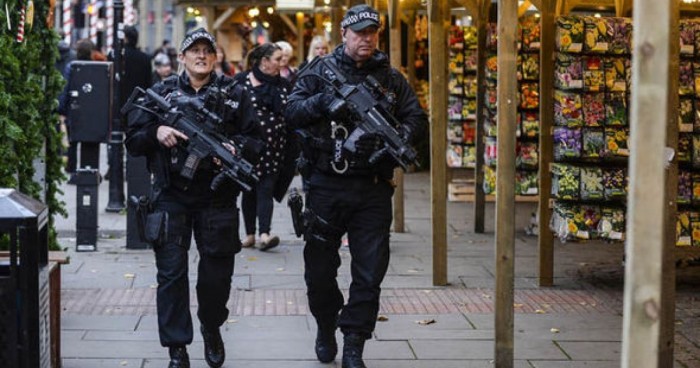 There will be a particularly strong presence for the night shifts on December 24 and 31 and the morning shifts on December 25 and January 1 across EU. All festivities with a large number of participants are seen as potential risks for the homeland security in all member States. Especially when it comes to the Christmas and New Year’s Eves. Christmas Markets and Parades are considered and have been confirmed as targets of potential and eventual threats.

After two years of restrictions due to the Covid-19 pandemic, this Christmas will be the first ‘normal’ Christmas since 2019 and will see a total of 2,725 National Police and Civil Guard officers reinforce public safety in the province of Malaga over the festive days.

According to the sub–delegate of the Spanish government in Málaga and the spokesperson for the PSOE in Málaga City Hall, Javier Salas, Malaga province will be provided with the ‘necessary personnel’ so that the Christmas period is celebrated with ‘as peacefully as possible.’

Salas has indicated that the main objective of this reinforcement is “to protect the trade sector, citizens and tourists who visit us during this period in which commercial activity increases significantly throughout the province”.

Police work will be intensified with specific operational devices in those places where there are crowds of people, especially in shopping and leisure areas, the busiest streets of large and medium-sized cities, Christmas markets and areas where street entertainment has been programmed.

Measures and counter-measures. As it’s happened in Germany two weeks before Christmas Eve. Dusseldorf, a western German city, closed its Christmas markets in the historic city centre on Monday (5 December) as a precaution after receiving a threat against one of its police officers, police said.

A spokesperson for the city stated that the old town, which included the city hall, was closed but didn't give any reason.

Bild, the newspaper that first reported the closures, stated that a caller threatened to drive a truck into the city hall market.

Police stated that officers were present on the scene, but that it was calm.

A threat received by Berlin police just over a week earlier caused them to close roads and increase security at the Alexanderplatz Christmas Market.

Berliner Zeitung reported that an unidentified man called police to report that he was planning on driving his car through the revellers.

After three hours, police gave the all clear and said it was investigating possible abuse of the emergency hotline.