EUTOP.news > Andrew > The biggest China's military incursion around Taiwan as it happens

The biggest China's military incursion around Taiwan as it happens 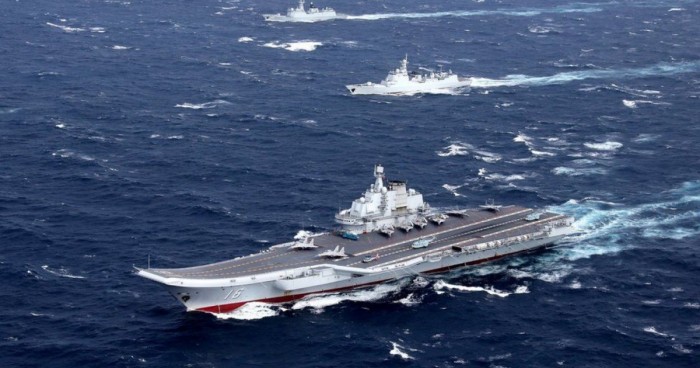 Taiwan officials fear Ukraine's scenario as China is staging the biggest military exercises all around Taiwan. Skies and water.

China is staging one of its biggest incursions so far in the seas and skies around Taiwan, according to data from the island's defence ministry.
It said that 71 Chinese air force planes, including fighter jets and drones, had entered Taiwan's so-called air defence identification zone.

Taiwan is self-ruled - but China sees it as a breakaway province with which it will eventually reunite. China makes no secret at all of its intentions to take over.

The biggest military exercises around Taiwan
China sent 47 aircraft across the median line of the Taiwan Strait on Sunday, its largest incursion into Taiwan’s air defense zone in recent months, as Beijing steps-up efforts to normalize aggressive military operations around the self-ruled island.

It added that a total of 71 Chinese aircraft were spotted around the island, and that Taiwan’s military have responded by tasking combat air patrol aircrafts, navy vessels, and land-based missile systems.

The flights, part of a so-called “strike drill” according to China’s military, follow naval exercises by a Chinese aircraft carrier group in the Western Pacific close to Japan on Friday.
Tensions between the two sides have steadily increased in recent months.
In August, Beijing was enraged by a visit to the island by US Speaker of the House of Representatives Nancy Pelosi, the most senior US politician to visit Taiwan in 25 years.
China responded to that visit by holding what was then its biggest-ever military exercises in the seas around Taiwan, and also blocked some trade with the island.

Taiwan's foreign minister Joseph Wu condemned China's action then as highly provocative. China has never said it would not use force to bring Taiwan under its control.

On Monday, Taiwan's defence ministry said 43 Chinese aircraft had crossed over the so-called median line, an unofficial buffer separating the two sides inside the air defence zone.
China said it had conducted "strike drills" around Taiwan on Sunday in response to what it said was provocation from the island and the US. 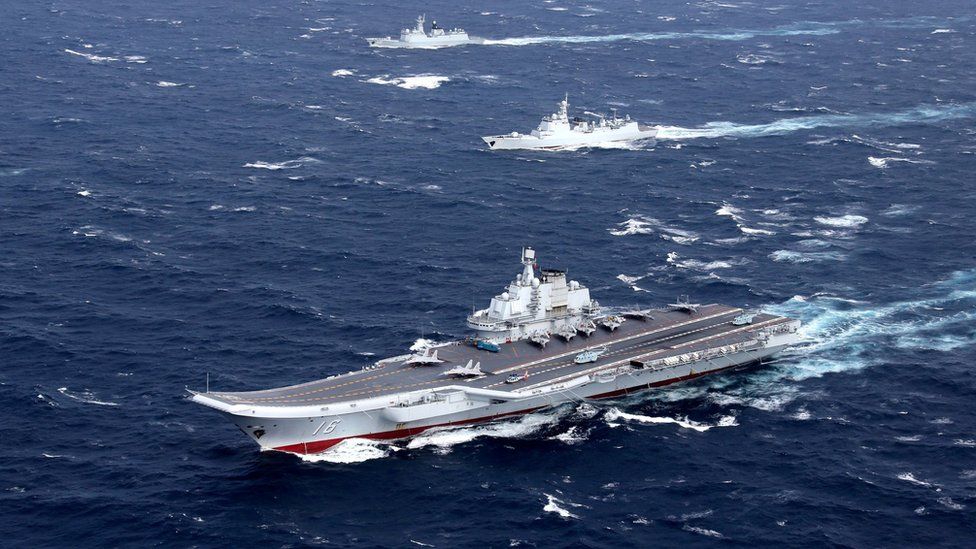 Then on Friday, around 180 carrier-based fighter jets and helicopters took off and landed on the Liaoning aircraft carrier, according to Japan’s defense ministry.

Japan’s Ministry of Defense and Self-Defense Forces responded by dispatching two escort ships to collect information and carry out warning and surveillance, the ministry said.

Tensions between China and Japan have also been rising steadily, with Beijing growing its naval and air forces in areas near Japan. China also claims the Senkaku Islands, an uninhabited Japanese-controlled chain in the East China Sea. 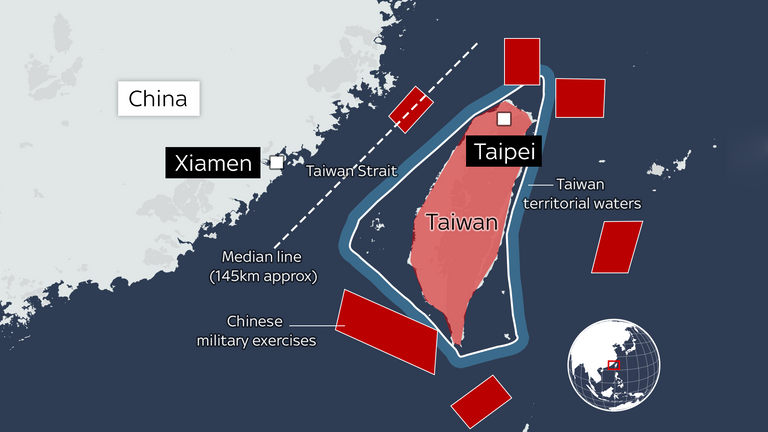 Chinese ships have been making frequent forays near the islands, which it calls the Diaoyus, while Japan scrambles warplanes almost daily in response to Chinese planes nearing its airspace.