EUTOP.news > Andrew > 'Apocalypse' in Kyiv: no light, no warm, no air

'Apocalypse' in Kyiv: no light, no warm, no air 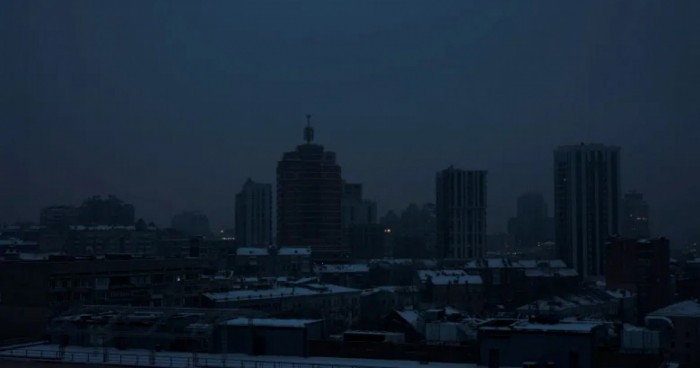 The city of Kyiv faces fresh tribulations this winter as Russia regularly pounds Ukraine's power grid with missiles. The picture is bleak: Kyiv lacks enough heated shelters to take in all 3.6 million residents in the event of complete outages and people should be ready to evacuate if the situation worsens, said Mayor Klitschko earlier this month.

"We are unable even to step outside, there is no air to breath", - says Mykyta, local resident and father of two one-years-old twins, - "How can we take it? Everyone is burning generators to compensate the constant absence of power... There is no more air to breath. Kiev has never had good ecology, but now the air is gone. And no-one talk about it. I don't want to endanger my children".

In order to guarantee some fundamental services and to procure power to own families and neighbours, as people are forming little communities exchanging available goods, diesel generators sound is constant and omnipresent beyond the city of Kyiv.

People prefer to move outside, one of the capital suburbs, Vyshneve, but situation is barely different,

"Kyiv might lose power, water, and heat supply. The apocalypse might happen, like in Hollywood films, when it's not possible to live in homes considering the low temperature," - said Mayor Klitschko in his interview to Reuters in the beginning of December.

But as far the heating seems not the only concern.

"Just to make it clear for you, we live in some post-apocalyptic video game, Stalker or Fall Out sort of thing, running between supply shops and metro stations. I don't know if you tried to breath outside, but I am starting to have pains in my chest, so we all wearing respirators and then scarf them up when outside" - Anton comments on how Kyiv residents survive in the city.

"What we all afraid is that with the next shelling we will lose everything power, which is almost gone,", - says Tatiana, "my mother sent me pictures of the local power plant they (Russians) have been bombing and it is almost destroyed. I already do not understand with what sort of witchcraft our men repair those damages. It's just ruins, but somehow it still produces energy. I don't want to leave, but we will have to if this continues".