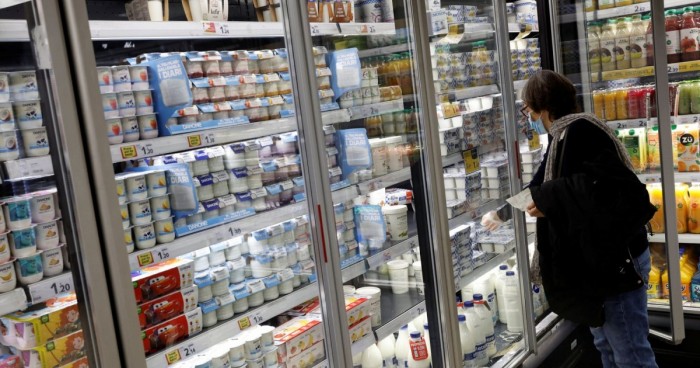 MADRID, April 5 - Spain's central bank on Tuesday lowered its economic growth forecast for this year and next due to the impact of inflation stoked by Russia's invasion of Ukraine, and said the pace of recovery had already slowed down in the first quarter.

"The conflict in Ukraine and the economic sanctions imposed on Russia are expected to have a severe impact on growth prospects for the coming quarters," it said in a report.

It said it did not expect Spain to reach pre-pandemic output levels before the third quarter of 2023.

Last year, the Spanish economy rebounded 5.1% after a record 10.8% slump in 2020 induced by the coronavirus pandemic.

The government has yet to revise its bullish 7% growth projection for 2022 made last year. Economy Minister Nadia Calvino said the Ukraine conflict would weigh on growth, but recovery should continue.

The central bank put first-quarter GDP growth at 0.9% from the previous three-month period, when the expansion was 2.2%, and expects European Union-harmonised consumer inflation to have clocked 7.9% in the first quarter.

"The impact of the conflict will be concentrated in the second quarter under our central scenario which does not encompass an escalation," said Bank of Spain Chief Economist Angel Gavilan. He expected the economy to still eke out small growth in the second quarter but did not rule out a contraction.

Gavilan saw inflation, which hit 9.8% in March year-on-year, hovering around 10% until the summer, when it should start abating. For all of 2022, Gavilan said, inflation should reach 7.5%, double the bank's previous forecast of 3.7%, before gradually dropping to 1.6% by 2024.