EUTOP.news > Andrew > Musk to bring another 10 000+ Starlinks to Ukraine

Musk to bring another 10 000+ Starlinks to Ukraine 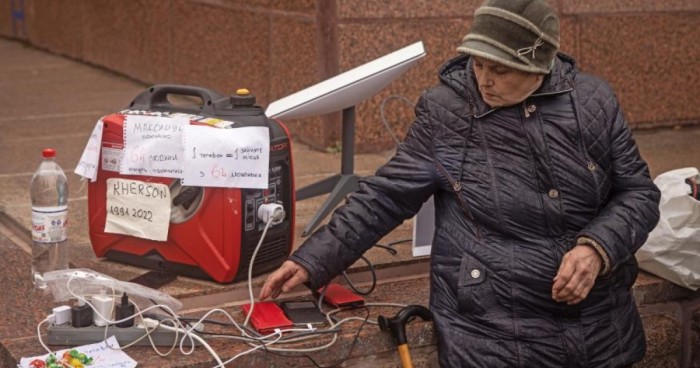 Ukraine will receive an additional 10,000-plus Starlink satellite dishes from Elon Musk's SpaceX to help provide internet amid Russian attacks on communications infrastructure, Bloomberg has reported. Financial issues around the terminals have reportedly been resolved, with several European countries stepping up to share the costs, according to Ukraine's deputy prime minister Mykhailo Fedorov.

"SpaceX and Musk quickly react to problems and help us,” Federov told Bloomberg. “Musk assured us he will continue to support Ukraine. When we had a powerful blackout, I messaged him on that day and he momentarily reacted and has already delivered some steps. He understands the situation." However, Ukraine will need to find additional funds by spring of next year.

The 10,000 new terminals add to the 22,000 already received, and will be used to "stabilize connections for critical situations," according to Federov. "There is no alternative to satellite connections," he added.

Earlier in the fall, SpaceX asked the US Department of Defense to take over payments related to Starlink. "We are not in a position to further donate terminals to Ukraine, or fund the existing terminals for an indefinite period of time," the company said. Elon Musk backtracked on that decision, however, writing on Twitter that SpaceX would "keep funding [the] Ukraine [government] for free" even though Starlink is still losing money. It was reported in November that the price of a Starlink terminal had doubled in Ukraine, from around $385 to $700. However, the monthly rate for data has dropped from $100 since the war started in February down to $75.

It's now particularly costly for Ukrainians to use SpaceX's Starllink if they want to stay online during the Russian invasion. The Financial Times reports that the price of a Starlink satellite terminal has almost doubled in Ukraine, jumping from the equivalent of $385 to about $700. The monthly rate isn't as expensive as it once was (as high as $100), but it's climbing from $60 to $75.

It's not known if prices have also jumped for the Ukrainian government, which obtains Starlink from a variety of sources that include SpaceX itself, foreign governments and even crowdsourcing. Individual prices have climbed in Poland, where some Ukrainians get their Starlink equipment delivered to avoid complications with local deliveries.