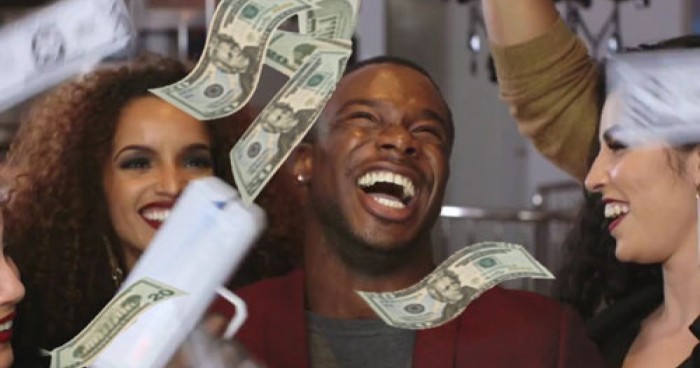 If you got into investing in mid-2020 or in 2021 — which many people did — you probably had a nice time. Stocks soared after the market crashed at the onset of the pandemic. Crypto took off, too. The meme stock craze driven by GameStop and AMC was comically profitable for some, at least while the joke lasted. NFTs were pretty completely made up, but hey, they were worth a lot of money. And isn’t all money just made up, anyway?, - asks Emily Stewart, who covers business and economics for Vox.

The situation certainly felt like a bubble, but it was a fun bubble to be in, as many bubbles are. It can feel like quite the party. It’s less fun when the bubble bursts ... which is where we landed in 2022. The line that kept going up suddenly couldn’t stop going down.

It has been a rough stretch for the economy overall. For stock market investors, major indexes like the S&P 500, the Dow Jones Industrial Average, and the NASDAQ are all set to end the year in the red. Crypto winter is most definitely here. The housing market is in trouble, and mortgage rates, which have been low for years, are climbing. Inflation is at a 40-year high, cutting into recent wage gains. The Federal Reserve’s fight against inflation by increasing interest rates is threatening to throw workers out of jobs and push the country into recession. Americans, on the whole, still have hundreds of billions of dollars in excess savings built up during the pandemic, but they’re spending that money down.

The Fed’s whole thing is it’s supposed to take the punch bowl away just as the party gets going. There are those who argue it waited too long and everybody got too drunk, or that it’s moving too fast and plenty of people are still stone-cold sober, or that the punch bowl isn’t where the liquor is at all. Whatever the case, it appears the party, for now, is over.

It is super easy to feel like a genius in a bull market
The stock market’s run over the past decade or so has generally been pretty good. Though stocks plunged when the pandemic hit, they rebounded quickly — the market got an enormous amount of support from the Fed, and many people dipped their toes into day trading for the first time. In some corners, it felt as though investors couldn’t lose. The S&P gained 16 percent in 2020 and 27 percent in 2021. But this year, it’s given a lot of those gains back.

That 2022 would be a tough year for stock market investors wasn’t necessarily surprising, given the market’s 2021 gains, explained Sam Stovall, chief investment strategist at investment research firm CFRA Research, in an interview. “Every time the market is up by 20 percent or more, we experienced a decline of at least 5 to 10 percent, the average actually being a correction of 10 and 15 percent. This time, unfortunately, it ended up being a bear market,” he said, meaning a decline of 20 percent. That to-be-expected decline has been exacerbated by some external factors that made it worse. “The Fed did wait too long to start to raise interest rates. We did not see the supply disruption unwind as quickly as many thought it would, and heading into this year, the Russia-Ukraine situation had not [yet] exploded,” Stovall added. Also a factor is China’s continued hard stance on Covid, which has economic implications around the globe.

Big tech stocks have come back down to earth after a pretty impressive run. Investor interest in some of the weirder stuff, from meme stocks to cryptocurrencies to NFTs, has declined, and in turn, so have their prices. Across the board, there haven’t been many places for investors to hide — even the normal refuge of the bond market wasn’t safe.

“This is the first time in decades that both the stock market and the bond market went down simultaneously. It created a lot of disruption for investors this year because really there was no place, not even gold,” said Jack Ablin, chief investment officer and founding partner at Cresset Capital. (The narrative that “bitcoin is a good inflation hedge” seems not to have borne out either.)

It’s not necessarily a terrible thing that some assets whose prior valuations weren’t entirely justifiable come back to a little more realistic level. Plenty of people like their Pelotons, but the company was probably never actually worth $50 billion. And for investors still interested in those assets, lower prices might be an opportunity to buy. “Look, think of stocks and the stock market like any other product. Do you want to buy steak when it’s $18 a pound or do you want to buy that same steak when it’s $10 a pound?” Ablin said. “When the price goes down, it actually turns out to be a better deal.”

To be sure, there are no guarantees that markets won’t get worse before they get better. The Fed is poised to continue to raise interest rates in 2023, a maneuver not exactly loved by investors. Stovall said he doesn’t see 2023 mirroring 2022 — but it doesn’t necessarily mean we’ve hit bottom yet, either. In October, he asked a group of financial advisers whether they’d heard from their “bell ringer” clients — the people who want to get aggressive when the market tops and sell just as it’s bottoming, to make the wrong move at just the wrong moment. They hadn’t. He told them, “Either you’re doing too good of a job of keeping them in tune and so forth, or we have not really seen the capitulation that we usually see at the end of a bear market.”

It’s inflation’s economy and we just live in it
The main economic storyline of 2022 has been inflation. It is high, it is persistent, it is annoying. It has made everything else about the economy feel really bad even when, by many indications, there’s plenty of good going on, too. Wages are up, a lot of jobs are available, and consumers, for much of the year, have kept up spending.

Still, there is at the very least the risk of some dark clouds on the horizon. Retail sales fell in the US in November, with declines in areas such as furniture and motor vehicles. Inflation is bad, full stop. The steps the Fed is taking to try to get it under control could lead to more bad, too, and make everything worse before it gets better. Loan interest rates are getting more expensive. People are putting more debt on their credit cards. If the Fed gets its way, workers could end up losing their jobs as the Fed has made clear it is seeking a slowdown in the labor market.

“Despite the slowdown in growth, the labor market remains extremely tight, with the unemployment rate near a 50-year low, job vacancies still very high, and wage growth elevated,” Fed chair Jerome Powell said at a mid-December press conference, noting that the US had added an average of 272,000 jobs per month over the last three months. “Although job vacancies have moved below their highs and the pace of job gains has slowed from earlier in the year, the labor market continues to be out of balance.”

The economic supports the government handed out during the pandemic are now in the rearview mirror. Stimulus checks and the expanded child tax credit money have been spent. For those out of a job, unemployment insurance is back to how it was before (which is to say: a disaster).

That doesn’t mean the government isn’t doing anything on the economy. Lindsay Owens, executive director of progressive think tank the Groundwork Collective, noted that the Inflation Reduction Act, passed in mid-2022, makes important investments in areas such as climate and health care. “There’s a pretty substantial amount of long-term investment that’s just getting started and that we’re going to see over years if not decades,” she said. Still, people aren’t going to feel that with the same immediacy as a check arriving in the mail. “Maybe a caveat is that the sugar high is over,” Owens said. “Allowance is over, but the college fund is flush.” The fun is over and it’s not clear if what’s next is fine or a funeral
There are plenty of reasons to feel better about 2022 than 2021, money-wise. The broad availability of Covid-19 vaccines means the economy in a lot of ways has returned to normal. Many of the supply chain kinks that dogged the 2021 holiday season, for example, have been worked out. The job market has rebounded, and many workers have found an unprecedented level of power and leverage.

Sure, it sucks if you lost money in the markets this year, but on the whole, the stock market generally goes up over time — really, staring at your 401(k) isn’t going to do anything for you right now. It also sucks if you lost money in crypto, which, you know, it’s not so clear on whether that one goes up over time generally or not, especially depending on the coin. A lot of market experts — and crypto people — say these kinds of moments are when some of the investments and companies that were garbage in the first place get washed out, which is overall not the worst thing in the world. They also say it’s good for new investors to learn that prices can go down, even if they’re learning the hard way. I suppose if everybody decides the cartoon jpeg monkeys were probably not actually worth hundreds of thousands of dollars, that is probably fine.

Falling stock prices, high inflation, and rising interest rates are not fun, but maybe the reason it seems like the party is over isn’t necessarily the current situation. Instead, it might be the overarching uncertainty of what lies ahead. It’s a little hard to feel woohoo about anything when there’s a threat of an economic downturn ahead. Recession fears are looming, which brings the current mood down, regardless of anyone’s individual economic situation.

Best-case scenario is the Fed engineers a soft landing and brings inflation under control without throwing the economy into reverse. Worst-case scenario is it pumps the brakes too hard, throwing millions of people out of work and causing turmoil for an undetermined amount of time. Wild cards remain — Russia-Ukraine, China, and Covid, for example. Given what’s happened over the past three years, who could even begin to guess what’s next? Markets are just like people in that respect: clearly anxious about the situation.

The party’s on pause for now, but it’s good to remember that the financial festivities probably aren’t over forever.