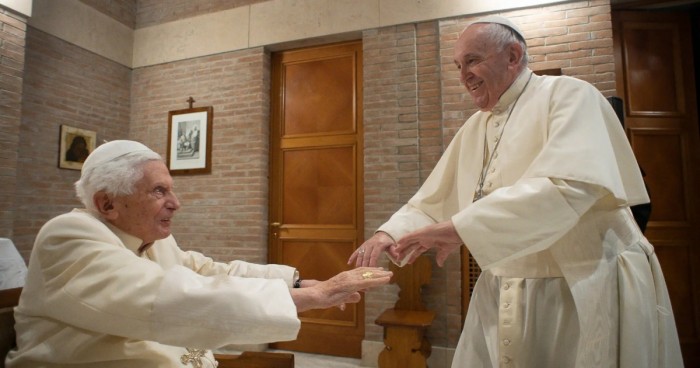 Pope Emeritus Benedict XVI's health has suddenly “worsened” in the recent hours, the Vatican said Wednesday after Pope Francis asked for prayers for the former pontiff.

“I would like to ask all of you for a special prayer for Pope Emeritus Benedict, who, in silence, is sustaining the church," Francis said at the end of his general audience earlier Wednesday. "He is very sick, asking the Lord to console and sustain him in this witness of love for the church, until the end.”

Later, Vatican spokesman Matteo Bruni added: “I can confirm that in the last few hours, his condition worsened due to age. The situation at present is under control, monitored constantly by doctors.”

Benedict, 95, in 2013 became the first pope in more than 600 years to resign citing his advanced age and ebbing strength amid the clerical sexual abuse scandal that engulfed the church. He has been living in the Vatican since then.

Formerly the Cardinal Joseph Ratzinger of Germany, Benedict was born in Marktl, Bavaria, in 1927. Benedict was drafted into the German anti-aircraft corps at 16, and was briefly detained by United States troops in 1945 before being released back to the seminary.

An independent report in January found the former pope had failed to act in four cases of sexual assault when he served as the archbishop of Munich from 1977 to 1982. He later apologized for the handling of the cases, but admitted no wrongdoing.

The former pope has largely stayed out of the public eye since his retirement.