EUTOP.news > Andrew > EU says testing travellers from China is not needed and unjustified

EU says testing travellers from China is not needed and unjustified 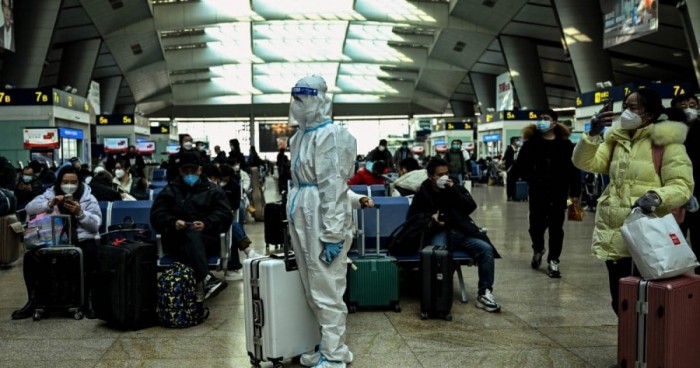 The EU's disease agency has said the screening of travellers from China for Covid-19 would be "unjustified".

On Thursday, Italy urged the rest of the EU to follow its lead and ensure Chinese arrivals were tested, and quarantined if necessary.

The US, Japan, Taiwan and India also recently announced mandatory testing, as China deals with a Covid surge.

But the European Centre for Disease Prevention and Control said the surge was "not expected to impact" the EU. In a statement, the ECDC said:
High levels of Covid in China are anticipated given the country's low immunity and recent relaxation of its rules

And citizens in the bloc have relatively high vaccination and immunisation EU health officials held talks in Brussels on Thursday to co-ordinate any response. The ECDC added: "We remain vigilant and will be ready to use the emergency brake if necessary."

The EU can issue recommendations, but each nation is free to make their own policies, like Italy.

Italian Prime Minister Giorgia Meloni said her country's efforts to curb Covid-19 transmissions from China would be undermined if other EU countries did not follow suit.

In the UK, a minister said the issue was "under review".

Meanwhile, the US Centers for Disease Control and Prevention said testing visitors from China, Hong Kong and Macau was needed "to help slow the spread of the virus as we work to identify... any potential new variants that may emerge".

But analysts say such numbers are a vast underestimate - and the daily case load may be closer to a million.

Despite the official numbers being low, the World Health Organization has warned the healthcare system in China could be under severe pressure.

As Covid surges in China, some nearby countries have moved swiftly to announce restrictions.

In India, people travelling from China and four other Asian countries must produce a negative Covid test before arriving, with those who test positive put in quarantine

In Japan, from Friday, travellers from China will be tested for Covid upon arrival. Those who test positive will have to quarantine for up to seven days

Malaysia has put additional tracking and surveillance measures in place

Meanwhile Taiwan has said people arriving from China, by air or sea, will have to take Covid tests on arrival throughout January