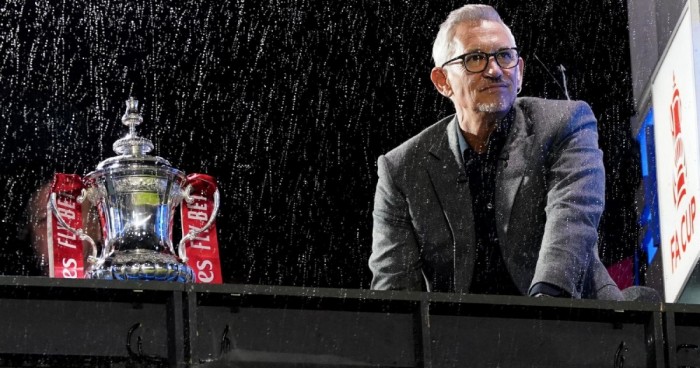 The BBC has apologised after sexual noises interrupted live television coverage of the FA Cup.

Moaning was heard while Gary Lineker presented the third-round replay between Wolves and Liverpool on Tuesday.

The football pundit later posted a picture of a mobile phone he said was "taped to the back of the set".

If anyone offended by moaning

"We apologise to any viewers offended during the live coverage of the football this evening," the BBC said.

A spokesperson said the BBC was investigating the incident.

Lineker tried to laugh off the incident as he presented the programme in a studio at Wolverhampton's Molineux Stadium alongside pundits Paul Ince and Danny Murphy.

As he cut to colleague and fellow former England striker Alan Shearer in the commentary gantry, he said: "Somebody's sending something on someone's phone, I think.

"I don't know whether you heard it at home."

When the match started, he shared a picture of a mobile phone on Twitter and three laughing emojis alongside the words:

"Well, we found this taped to the back of the set. As sabotage goes it was quite amusing." 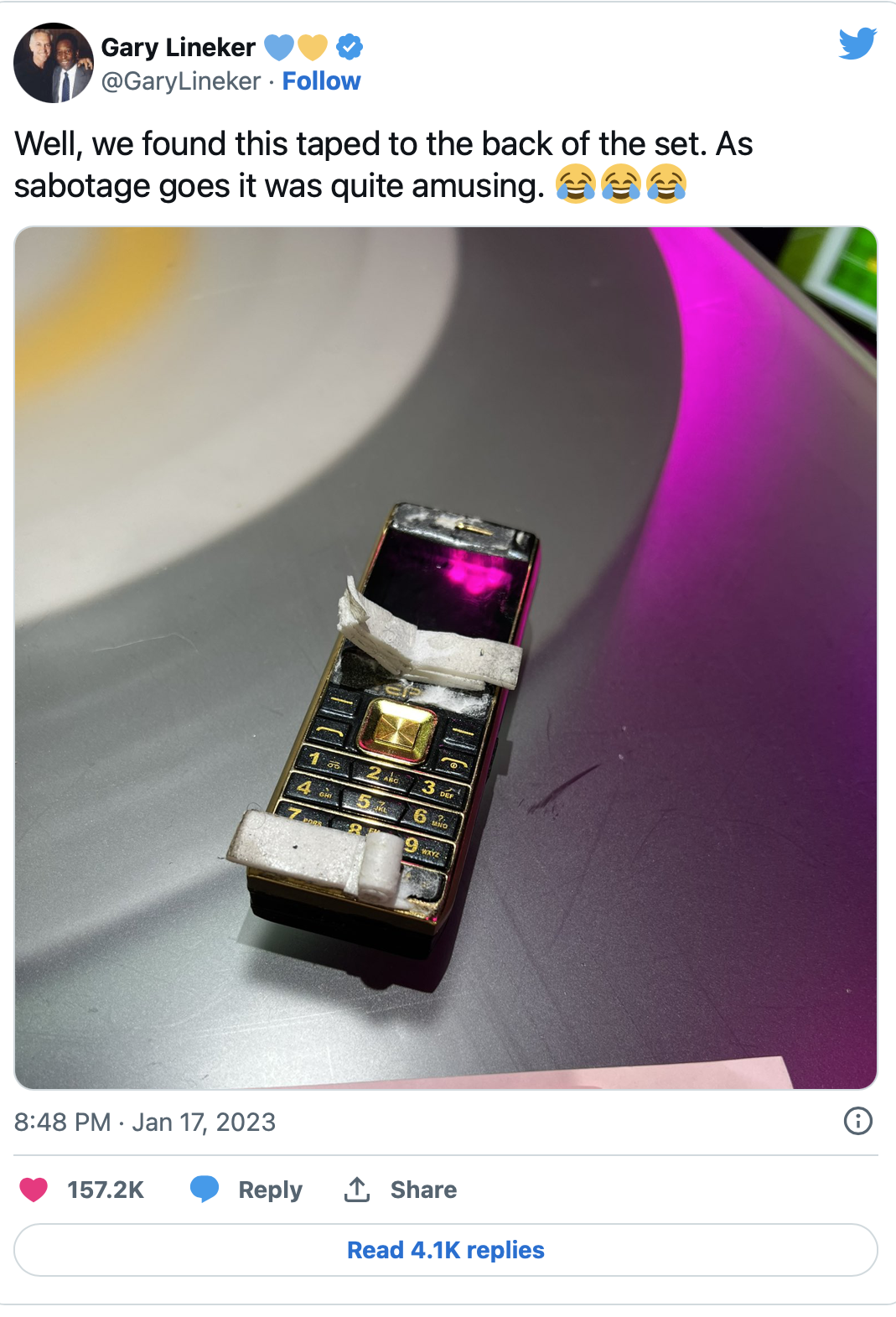 Too loud, too "good"

Speaking on BBC Two's Newsnight later on Tuesday, Lineker explained that he initially thought a video had been sent to one of the pundits' phones. But it was "too loud", he said, at which point he realised the incident was some kind of prank.

Asked how loud the sound effect was in the studio, the broadcaster said he was unable to hear what anyone was saying in his ear, making it "quite difficult" to carry on with the pre-match build-up.

Still, Lineker said he could see the funny side - calling it a "good" prank - and he questioned why the BBC had issued an apology.

"We've certainly got nothing to [be sorry] for," he told the BBC's Kirsty Wark, while travelling back from the FA Cup match.

The incident did not go unnoticed by viewers, with clips of the moment widely shared on social media on Tuesday evening.

YouTube prankster Daniel Jarvis claimed he was behind the stunt, posting a video on Twitter that appeared to show him at Molineux.

He was handed a suspended sentence last October after being convicted of aggravated trespass over an incident where he collided with England cricketer Jonny Bairstow after invading the Oval pitch in south London during a Test.

And he was given an eight-week prison sentence suspended for two years and was banned from attending any venue where a sporting fixture is being held in England and Wales for two years.

He was also banned from travelling abroad for 12 months and made subject to a rehabilitation activity requirement.