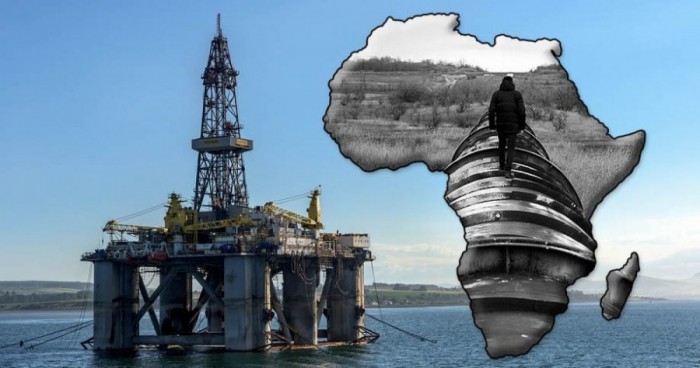 As Europe shuns Russian energy supplies, Africa is poised to increase its oil and natural gas exports to the continent.

The transformation of the European energy strategy away from dependence on Russian fossil fuels represents an opportunity for Africa’s gas producers. However, there are also risks involved.

Citing force majeure – the effects of floods on production and distribution operations – Nigeria LNG has recently announced that it would not be able to meet the demands of a supply contract with Portugal’s Galp, a multinational energy giant. Galp, in turn, has turned to Algeria to fill the void, importing gas through the Medgaz pipeline. This episode illustrates the challenges associated with the emerging energy landscape, characterized by deals that entail extensive market, operational, political and geopolitical risks.

Recent changes also expose Europe’s fragilities and inconsistencies. Brussels has been forced to make a U-turn in its rhetoric and practice, moving away from the green evangelism policy that adversely impacted oil and gas producers in Africa. Ironically, those countries are now an important part of Europe’s attempts to overcome an energy crisis that, amid inflation and recession, is profoundly affecting the livelihoods of Europeans.

The number of energy deals signed by the European Union and by European states with third countries has substantially increased, and diversification is a priority. Outside Europe, the United States has consolidated its position as a critical supplier of liquefied natural gas (LNG), with exports to the EU growing rapidly. This dependency, however, may further compromise transatlantic relations as a trade war between Brussels and Washington over green subsidies becomes a possibility. 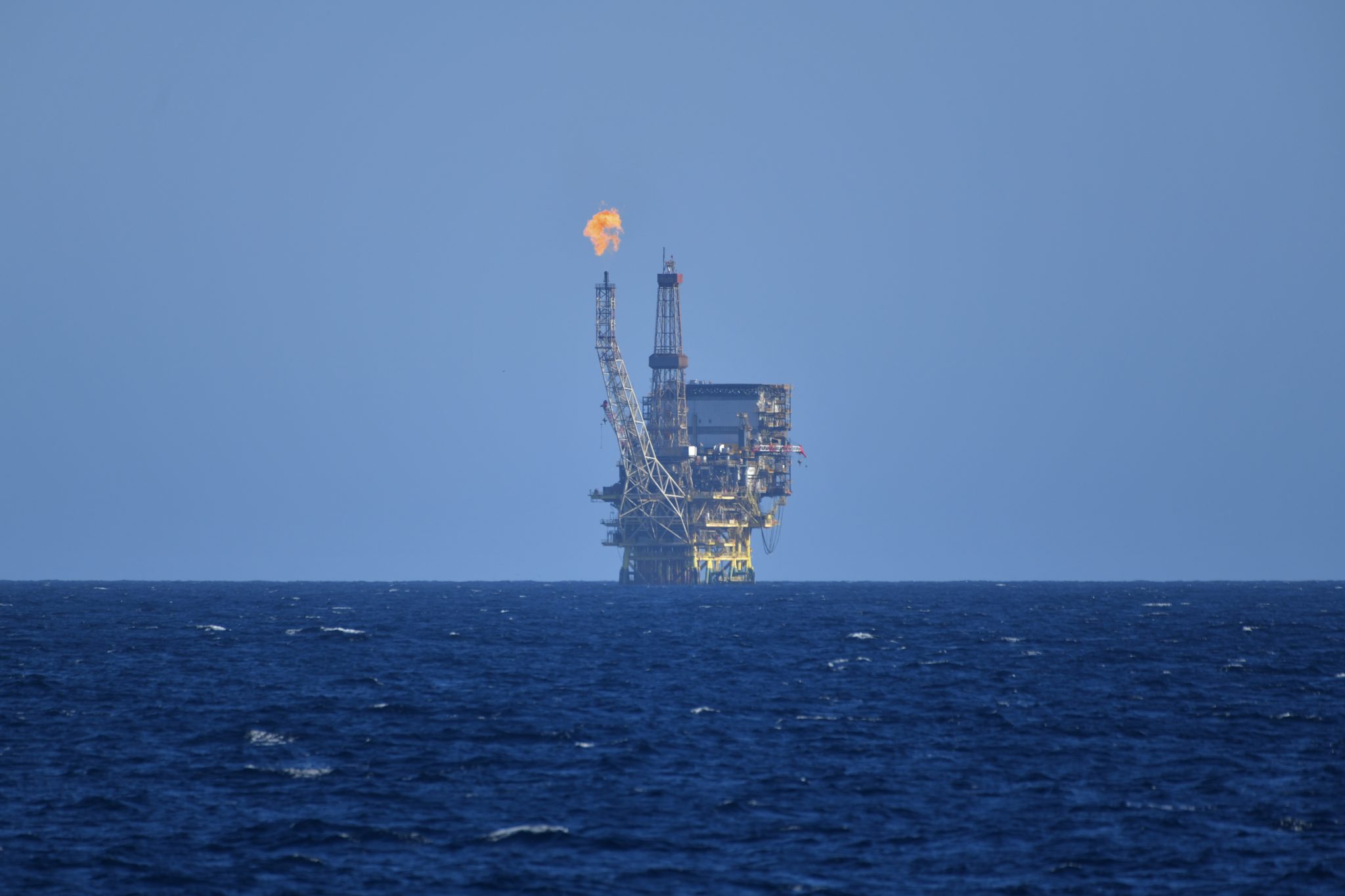 Russia’s invasion on Ukraine has forced Brussels to reverse its zealous climate policies, with direct and positive implications for African producers. Natural gas has been labeled a “transitional fuel” and, according to the European Parliament, new investments in gas – until recently disincentivized by European banks – are now considered “climate-friendly.” While the environmental consequences of gas production and processing have not changed in recent months, the economic crisis triggered by the military crisis came as a reality check.

Africa accounts for around 20 percent of Europe’s gas imports, a share that is likely to increase.

In Africa, where most countries face daunting challenges, this shift has been met with cautious optimism. African political leaders and stakeholders in the energy sector had severely criticized Brussel’s green zealousness, denouncing Western hypocrisy on the matter. In a clear sign of the growing agency of African countries, the African Energy Transition Bank was created to find alternative and much-needed capital to develop oil and gas projects across the continent.

Now, Africa accounts for around 20 percent of Europe’s gas imports, a share that is likely to increase. However, while the continent has significant potential, there are vast differences in exploitation, processing and exporting capacity.

Countries like Tanzania and the Democratic Republic of the Congo (DRC) have proven reserves but lack the necessary infrastructure. Others, like Mozambique or Mauritania, also have significant proven reserves and gas export capacity under construction, although they still need to be operational. In this context, the most significant potential lies with established exporters, i.e., countries with available gas export facilities, like Nigeria, Algeria, Egypt, Cameroon, Angola, Equatorial Guinea or the DRC.

Considering the existing infrastructure – pipelines connecting to the European gas network – and recent deals, Algeria, Egypt, Angola and Nigeria are particularly well-positioned to increase exports to Europe and benefit from this momentum.

The case of Nigeria

The current context may evolve into a win-win situation whereby European countries diversify their gas suppliers while African countries attract much-needed investment, increasing production and meeting domestic and external demand. The materialization of this best-case scenario, however, is challenged by several factors, including market risks, economic difficulties and geopolitical uncertainty.

The case of Nigeria is illustrative. Besides being a major oil producer, Nigeria also has Africa’s largest proven natural gas reserves (the 10th largest in the world) and vast renewable potential, most notably in solar energy. Not surprisingly, the country played an important role in China’s “Go Out” strategy. In 2019, when European banks were banning investments in oil and gas, Beijing’s investments in Nigeria’s energy sector reached $16 billion. 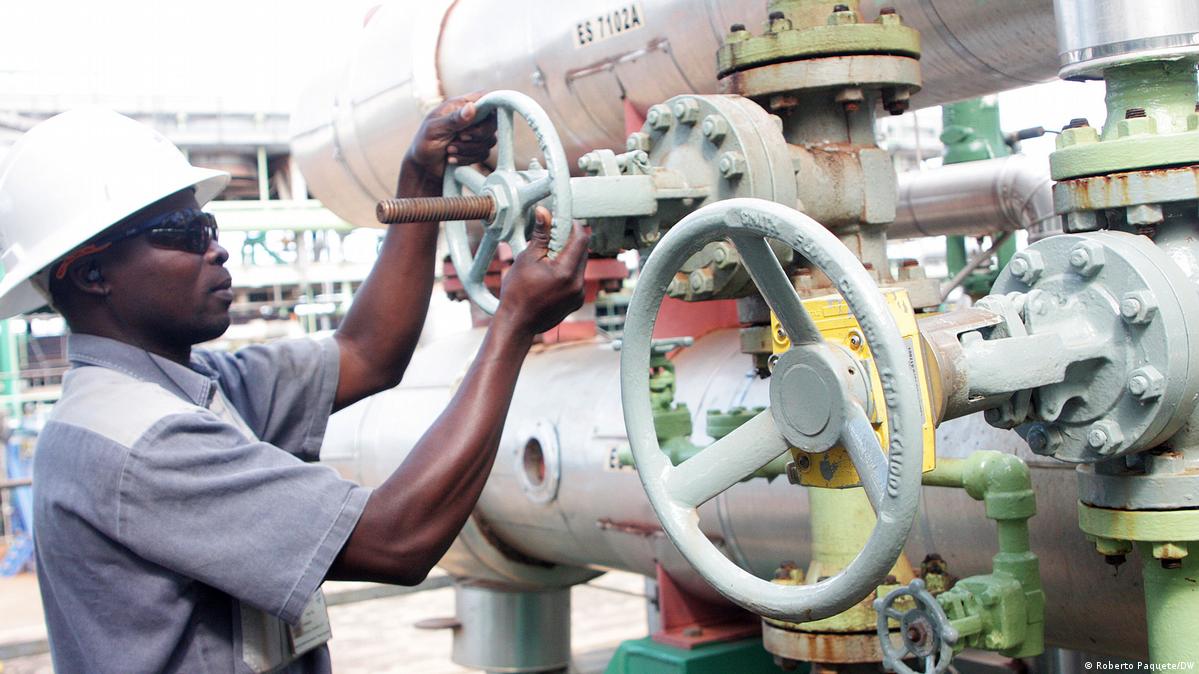 China’s footprint includes ownership and development of oil blocks, biofuel production and through the Belt and Road Initiative, the financing of major infrastructure projects, including transnational highways, high-speed railway systems and deepwater seaports.

The AKK is a three-phase project to build a 614-kilometer pipeline, estimated to cost $2.8 billion and destined to transport gas from the Ajaokuta terminal gas station, in central Nigeria, to the city of Kano, in the northwest. The TSGP, in turn, first conceived in the 1970s, has been delayed several times since. Niger joined the project in 2008, and the TSGP is now intended to link the Niger Delta region through Nigeria to Algeria and then into Europe. The 4,128-kilometer pipeline is expected to transport 30 billion cubic meters of gas annually. The NMGP, which Morocco is promoting, is still in its initial stage.

All these projects, oriented toward increasing production, processing and distribution capacity, are required to materialize a win-win scenario for African and European countries. However, they are capital-intensive and carry high risks that go beyond market uncertainty. A quick analysis of the oil system provides some warnings. Nigeria has once more failed to meet its APEC oil production quota. And while structural challenges, including old infrastructure and lack of investment, are part of the problem, oil theft and corruption also explain this outcome.

While Europe’s long-term goal is energy self-sufficiency, that will not happen soon.

Currently, the Nigerian Gas Processing and Transportation Limited (NGPTC), a subsidiary of the Nigerian National Petroleum Corporation (NNPC) which manages most pipelines in the country, is involved in a legal battle with Glencore over corruption allegations.

Another uncertainty driver that may delay investment decisions is the upcoming presidential elections scheduled for February 23, 2023, which will determine who succeeds President Muhammadu Buhari.

Even if elections are expected to occur without significant snags, risks will remain high after the power transfer. Whoever succeeds President Buhari will be faced with a herculean task. Debt servicing consumes 90 percent of the government’s revenue, unemployment is estimated at 35 percent and inflation has reached 15 percent. Communal violence and banditry have increased across the country due to chronic poverty, scarce resources (arable land and water) and state fragility.

The exploitation of resources also tends to increase tensions. Between 2004 and 2014, operations in the hydrocarbons-rich Niger Delta region were disrupted by militants of the Movement for the Emancipation of the Niger Delta (MEND), who resorted to oil theft, the damaging of pipelines and technician kidnapping. Ironically, these groups are presently competing for contracts to protect infrastructure from rampant oil theft.

The completion and operationalization of the TSGP and MNGP, necessary to connect Nigerian gas to European markets, is also threatened by regional trends. The Sahel region is now a confluence of terrorist movements, organized crime groups, banditry and communal violence. Algeria, which accounts for around 8 percent of the European gas imports, is Nigeria’s leading partner in the TSGP. And like in Nigeria, old infrastructure, capital scarcity and a factionalized and predatory ruling elite are why, despite its potential, Algeria struggles to respond to rising international and domestic demand, expected to increase by 50 percent by 2028.

But there are other reasons why decisionmakers should see Algeria as a cautionary tale. In June, Algiers suspended the cooperation treaty with Madrid and reduced gas exports over tensions relating to the Western Sahara dispute. That happened after a rapprochement between Spain and Morocco, which, in turn, must be understood considering Morocco’s relevance in the containment of irregular migration flows into Spain. These events demonstrate that states will weaponize their strategic advantages to secure their interests whenever necessary.

Europe’s rush for African gas entails both risks and opportunities for all actors involved. While African countries will not be able to replace Russian supplies, it is possible to reach a win-win situation under which gas producers attain significant economic gains and European countries diversify their pool of suppliers and routes.

As several analysts warn, Europe may return to its strategy of banning fossil fuels in the medium term. But even under this scenario, established African producers like Nigeria may benefit from current deals, as they provide much-needed capital to increase production, processing and transport capacities. These, in turn, will be determinants to meet rising levels of domestic demand in countries where energy insecurity remains an obstacle to growth and development in a continent where 600 million people do not have access to electricity.

In Nigeria’s case, this win-win situation could be compromised by two factors. The first is that amid a volatile international context, investors and decision-makers may refrain from entering the continent into long-term, high-risk and capital-intensive energy ventures. That means that the political will and financial commitment of the African countries involved in the TSGP will be critical. The second factor is paradoxical. Even under this scenario – the project is completed, foreign currency earnings grow, and investment generates employment – higher gas rents could contribute to perpetuating predatory politics, and shield regimes from popular pressure, thus delaying much-needed political and economic reforms.

However, from a regional perspective and considering the new push for trade and economic integration and the continent’s demographic prospects, all infrastructural advances, if well implemented, would have multiplying effects on a regional scale. And given that Africa holds around 13 percent of the world’s reserves, gas is expected to become a relevant energy source, paving the way for a sustainable transition without risking much-needed economic growth.

While Europe’s long-term goal is energy self-sufficiency, that will not happen soon, even under a best-case scenario. But Europe’s strategy based on significant dependence on gas from countries like Nigeria or Algeria and on delivery routes crossing the Sahel is unlikely, given the market and geopolitical risks. In the medium term, it could lead to clashes with China, an important creditor with a firm foothold in these countries’ energy sectors. In a scenario of tensions, Beijing could use its advantages against European interests.

An increasing footprint in Africa’s gas sector would also expose Europe to criticism regarding its double standards in Africa. As in the case of migration, which tested Brussels’ claims on aid conditionality, democracy and human rights, the current energy crisis has exposed the limits of the EU’s green evangelism, which until recently severely affected oil and gas producers in Africa. Given that Europe relies on soft power, such critiques could reduce its clout.