Italy to become Main European Gas Hub: What's this Algerian deal all about? 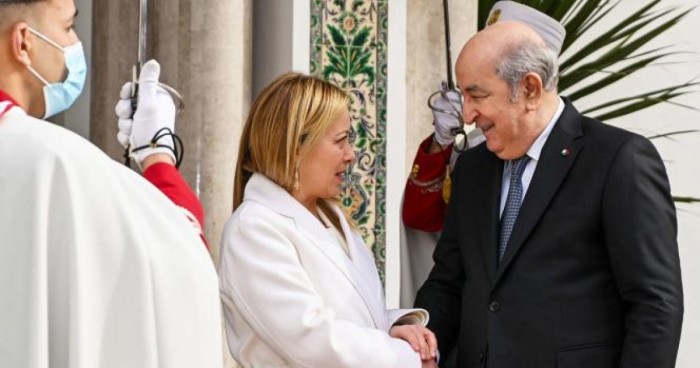 Italian Prime Minister Giorgia Meloni hailed Algeria as Rome’s “most stable, strategic and long-standing” partner in North Africa as she wrapped up a two-day visit on Monday aimed at securing Italy’s energy supplies and promoting her plan for a “non-predatory” approach to investment on the continent. Meloni who leads Italy’s most right-wing government since World War II, was making her first bilateral visit abroad since her election last year, underscoring the importance given to Rome’s relationship with gas-rich Algeria at a time when European nations are racing to wean their economies off Russian gas. 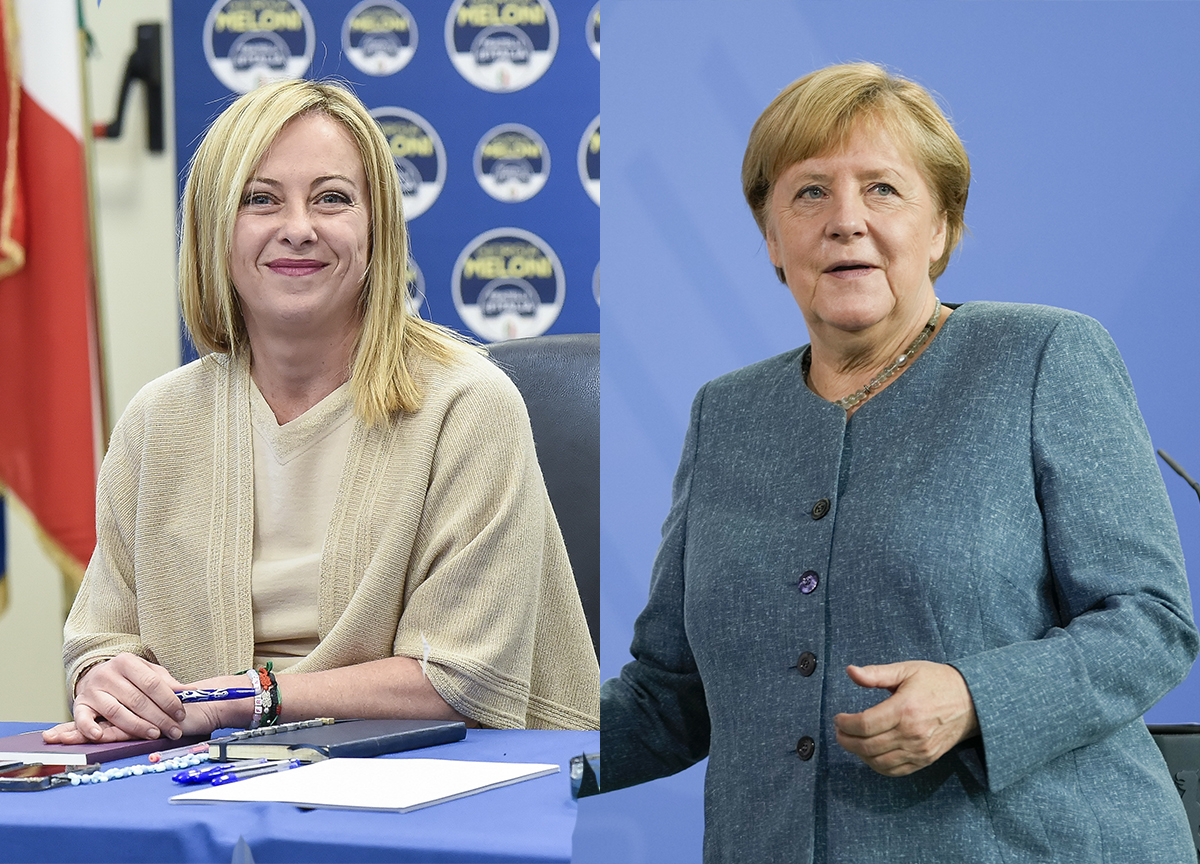 Like all ranking visitors, Meloni began her trip by laying a wreath at the Monument of Martyrs, the hilltop memorial commemorating Algerians who died in the country's struggle for independence from France. Her own country’s contribution to that struggle was the subject of a later stop in central Algiers, at a garden dedicated to Enrico Mattei, the legendary founder of the Italian energy company ENI, who championed – and bankrolled – Algeria’s independence fight in the 1950s and early 60s.

Meloni was accompanied by ENI’s current boss Matteo Descalzi, the chief architect of Italy’s ongoing pivot from Russian gas to Algerian gas. Their visit to the Mattei gardens was symbolic of a rapprochement dictated both by interest and historical affinity.

“In Algerian eyes, ENI is a lot more than a company. It’s a symbol of Italo-Algerian friendship and of a relationship that dates back to before independence,” said the Algerian political journalist Akram Kharief.“Algeria is always grateful to its allies. It has not forgotten that ENI was one of the very few companies not to flee during the country’s civil war (in the 1990s),” Kharief added. “As a result, the company enjoys privileged access to Algerian contracts and resources.”

Since the start of Russia’s invasion of Ukraine, Algeria’s ample reserves of natural gas have played a key role in reducing Italy’s energy dependence on Moscow, which accounted for 40% of Rome's gas imports prior to the war. Meloni’s trip to Algiers come on the heels of two visits by her predecessor Mario Draghi, who secured an Algerian pledge to rapidly ramp up gas exports.

Since then, Algeria has replaced Russia as Italy's top energy supplier and Rome is pushing to further increase its energy imports from Algeria, hoping to act as a hub for supplies between Africa and northern Europe in the coming years. It also wants guarantees that Algeria can live up to its pledges, amid concerns that the country’s creaking energy infrastructure will prove unable to meet the surging demand. 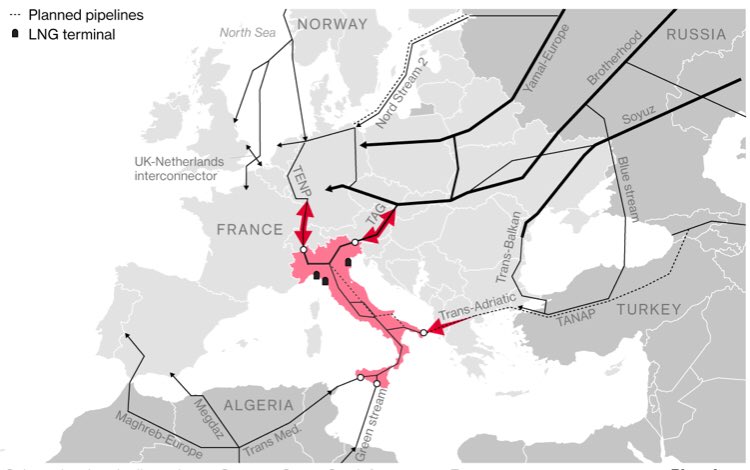 “Gas flows from Algeria increased last year but not by as much as promised. They even dropped in January, forcing Italy to buy more gas coming from Russia,” said Francesco Sassi, a research fellow specialising in energy geopolitics at the Italian consultancy RIE. “Algeria needs huge investment to boost both its production and export capacities amid a steep increase in local consumption,” he added.

Announcing the deals at a joint press conference with Meloni, Algeria’s President Abdelmadjid Tebboune said the aim was for Italy to “become a platform for distribution of Algerian energy products in Europe”. He noted that trade between the two countries had already doubled from 8 billion dollars in 2021 to 16 billion in 2022.

Tebboune said his country wished “to enlarge cooperation (between Algeria and Italy) beyond energy”, pointing to Italy’s fabric of small and medium-sized companies as a model “to help Algeria get out of its dependence on hydrocarbons”. 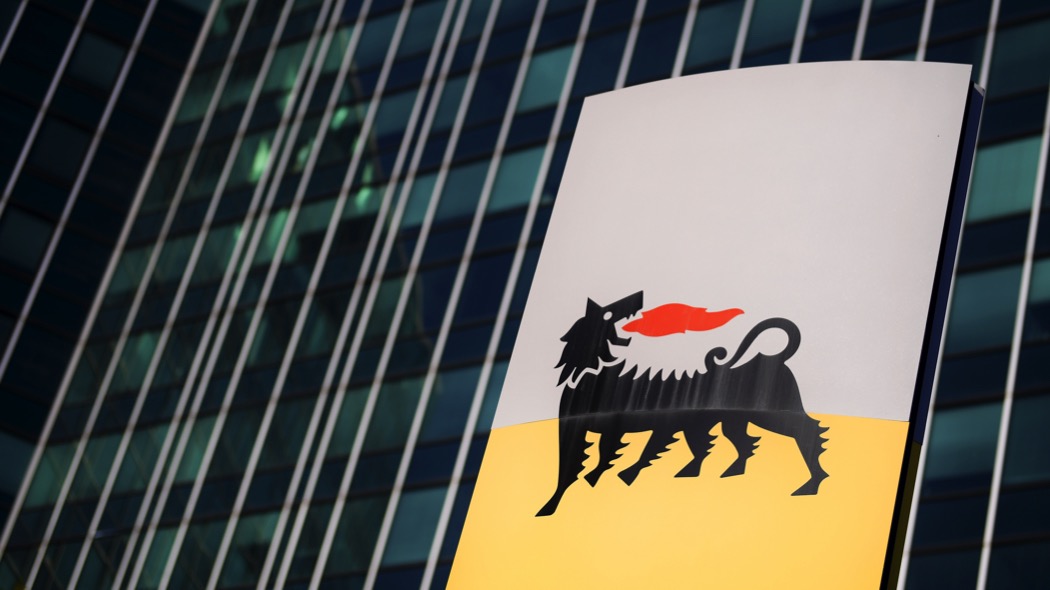 Italian carmaker Fiat already plans to open to a factory in Algeria and Italy’s Confindustria industrial lobby agreed on Monday to pursue greater cooperation with Algerian business. The two sides also hailed an agreement between the Italian Space Agency and its Algerian counterpart to share knowledge and develop joint projects, while Rome offered its expertise to develop Algeria’s untapped potential in the tourism industry.

The ‘Mattei Plan’: Italy's way back to the big table

The raft of deals and warm words exchanged during Meloni’s visit reflect a traditional affinity between Rome and Algiers, unburdened by the colonial legacy that plagues France’s relations with the North African country. They also underscore a convergence of interests between two countries that have sensed an opportunity in the energy crisis triggered by the war in Ukraine.

Zine Ghebouli, a scholar on Euro-Mediterranean cooperation and Algerian politics at the University of Glasgow, said Italy has “taken advantage of Europe’s gas crisis to position itself as an energy hub”, giving Rome a solid base to strengthen its clout in the Mediterranean region.

“The overall objective now is to move from energy cooperation to cooperation on the economy, defence and foreign policy,” he added, pointing to Italy’s search for stability in North Africa – and particularly in Libya – to stem the flow of migrants crossing the Mediterranean.

“Italy has shown positive signs regarding technology transfers, for instance. It will be interesting to see whether increased energy cooperation helps foster progress on other subjects too, including migration, and with other countries in the region, such as Tunisia,” Ghebouli said.

Since taking office just over three months ago, Meloni has repeatedly spoken of a “Mattei Plan” for Africa, named after the ENI founder who challenged Anglo-American oil majors over their exploitation of African resources – and whose death in a plane crash 60 years ago remains shrouded in mystery. She has touted the plan as a win-win partnership that will guarantee Europe’s energy security while addressing the root causes of migratory flows from Africa – namely poverty and jihadist unrest.

The approach “addresses what Meloni’s government sees a vital interest: to stem the flow of migrants,” said Kharief. “Italy has neither the coercive means to fight jihadism nor the economic might to foster development in Africa, but it has a broad plan and it has identified Algeria as its key strategic partner in this endeavour,” he added.

During Monday’s news conference in Algiers, Meloni promoted her plan for “collaboration on an equal basis, to transform the many crises that we are facing into opportunities.” She spoke of a “model of development that allows African nations to grow based on what they have, thanks to a non-predatory approach by foreign nations.”

However, the Italian premier has offered scant detail about her plan for a “virtuous relationship with African countries”. Some analysts have described it as little more than a PR stunt by the far-right leader – and evidence of the current Italian government’s desire to act independently of its European partners. 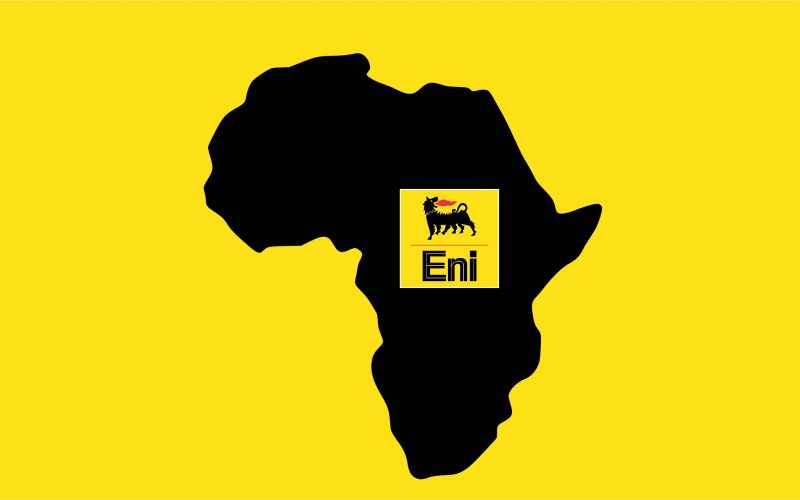 By evoking Mattei’s memory, Meloni not only tugs at Algerian heartstrings. She “also harks harks back to a memory of Italy as a major player in the Mediterranean and the Mideast – constructing a narrative that has no grounding today,” said RIE's Sassi.

“The Mattei Plan is primarily about playing up Italy’s role in tackling Europe’s energy crisis in order to secure the investments that Italy itself needs,” he said, noting that the country will need to upgrade its own infrastructure in order to serve as energy hub for the continent. “It is natural for each country to play the national card,” Sassi added. “But the current energy crisis can only have a European solution.”