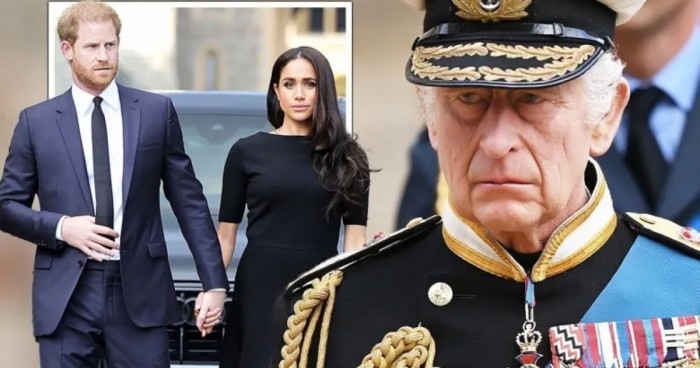 The Duke and Duchess of Sussex and the Duke of York are 'unlikely' to join the King and Queen Consort on the balcony during the Coronation, The Mail on Sunday understands.

As with the late Queen's Platinum Jubilee last year, the line-up of Royals alongside them will be restricted to working members of the family. That will exclude Prince Harry, Meghan and Prince Andrew, who no longer carry out official duties.

We remind that Prince Andrew stepped down from his official role after allegations of sexual abuse in November 2019. He has always denied the accusations though.

Harry and Meghan quit their roles three years ago when they left Britain to start a new life in California. Earlier this month, Harry released a tell-all book revealing past and present grievances against his family. In a television interview to promote his memoirs, he refused to confirm whether he would attend the Coronation even if he was invited.

There is no indication from Buckingham Palace that Harry and Meghan would be barred from attending the event on May 6, which falls on the fourth birthday of their son Archie.

Yet even if the couple do attend, a senior Royal insider said that it would be 'unlikely' that they would be included in major public appearances, including the balcony moment.

After the release of Prince Harry's explosive memoir Spare, some royal experts said that it seemed impossible for the couple to be able to attend.

It followed claims from the Duke that his brother had once physically attacked him and pushed him into a dog bowl, and that he and his wife's press team leaked negative stories to the UK media about them.

Buckingham Palace has not commented on the claims.

But contrary to initial analysis, there is now discussion of 'peace talks' between the brothers and their father prior to the coronation which, all going well, could pave the way to them attending the event itself.

They 'owe' her an apology

Prince Harry has since demanded an apology from his family for the way they treated Meghan, after alleging in his memoir that they 'stereotyped' her due to her being an American actress. It comes after a furious row over whether the Duke of Sussex should have been part of the Buckingham Palace photographs during the late Queen's Platinum Jubilee celebrations.

Until shortly before the Queen's Platinum Jubilee last year, it was unknown whether the Sussexes would step out onto the balcony or not.

When the Queen did make her appearance surrounded by her family, this included Prince Charles, Camilla, the Duke and Duchess of Cambridge, George, Charlotte and Louis.

Smiling as she acknowledged the spectators, she looked down on The Mall where tens of thousands had waited in hope of seeing her.

The Queen looked at ease on the balcony as the celebrations drew to a close, leaning on a walking stick, now a routine aid following her mobility issues, and acknowledging the crowds with a wave.

The Prince of Wales stood with the Queen along with the Duchess of Cornwall, Duke and Duchess of Cambridge and their children Prince George, Princess Charlotte and Prince Louis.

Despite not appearing on the balcony, Harry was pictured in royal photos from the occasion.

After the national anthem was sung by a choir of celebrities including Sir David Jason, Harry Redknapp, Sir Cliff Richard, Sandie Shaw and Felicity Kendal, the Queen waved again at well-wishers and was joined by her great-grandchildren, with Louis waving with both hands.

Prince Harry and Meghan Markle were noticeably absent from many of the Jubilee proceedings in the first visit to the UK since they moved to the US.

But they did introduce Lilibet to the Queen on her first birthday, which occurred while the couple were in the UK.

After it was announced that the pair would not be appearing on the balcony, friend and supporter Omid Scobie claimed they did not want to be involved.

It came after a sensational statement from the Queen stating the pair - along with Prince Andrew - would not be invited onto the balcony for Trooping the Colour, the spectacular start of her long weekend of commemorations.

Following that the Sussexes released a statement that they would still fly from California with their two children. 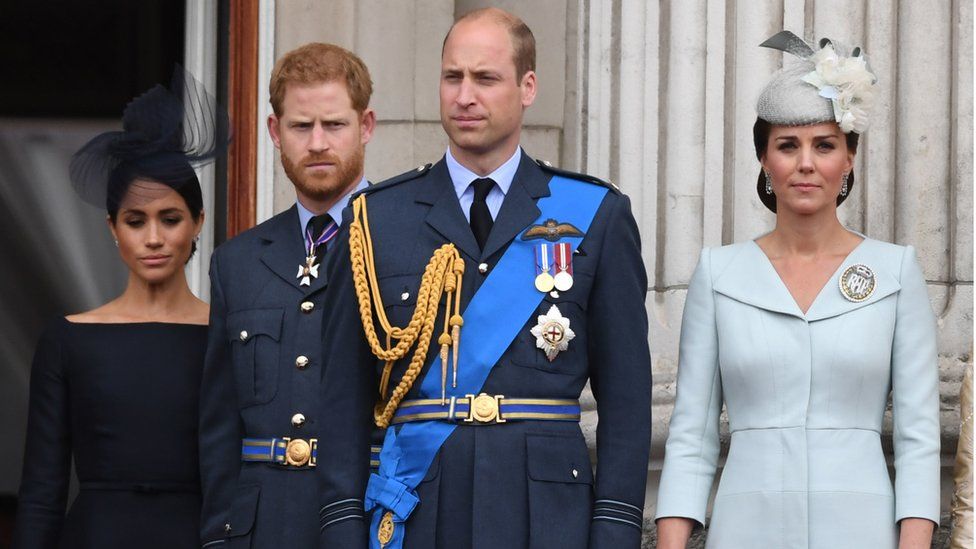 Mr Scobie wrote: 'As is often the case, the reality is much less severe when you hear that Prince Harry had already spoken with his grandmother about the possibility of not attending Trooping the Colour long before last week's announcements.'

He said the pair were 'very keen' to be part of the Jubilee celebrations, but that 'both sides' thought it would be more appropriate not to have the Sussexes on the balcony.'