EUTOP.news > Nicolas > Russia sanctions: How Huawei has been an early winner from war on Ukraine

Russia sanctions: How Huawei has been an early winner from war on Ukraine 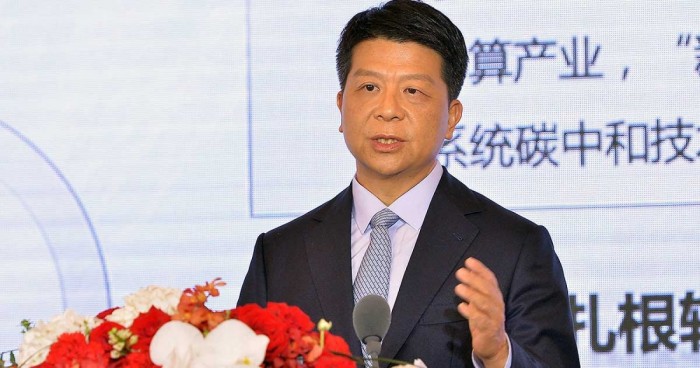 Europe’s technology leaders are fleeing Russia as sanctions and public criticism make working inside the country difficult, if not impossible. But one company is flooding the vacuum left behind: China’s technology giant Huawei.

Huawei has posted dozens of jobs in recent weeks for engineers at its four Russian research centers, and for business development personnel in Moscow.

There is good reason for the company’s rapid wartime expansion—and for Russia to urgently need it.

Huawei’s two major global competitors—the Swedish company Ericsson and Finland’s Nokia—both pulled out of Russia after President Vladimir Putin sent an invasion force into Ukraine on Feb. 24. Since the launch of the brutal war triggered tough Western sanctions, hundreds of global companies have pulled out, and Russia has been severed from Western banks and the SWIFT international financial transfer network.

That has left Russia scrambling to fill big holes in its economy. One urgent hole is in Russia's wireless technology, including its rollout of 5G networks, which has badly lagged behind other countries. The first 5G networks are scheduled for early next year.

As Huawei looks set to gain from the war, so Ericsson and Nokia have a lot to lose.

After Russia annexed Crimea from Ukraine in 2014, the two companies secured EU permission to keep doing business in Russia. They were able to do so because high-speed internet was regarded as “a liberalizing technology,” said Hosuk Lee-Makiyama, a telcoms expert at the European Center for International Political Economy in Brussels who consulted European governments at the time.

Now the two are obliged to keep servicing the wireless infrastructure they built over the past several years—theoretically without being paid for their services.

Whether Huawei can replace its two Western competitors is not clear: Under U.S. sanctions, it is barred from using U.S. components. Huawei’s rotating chair Guo Ping told reporters on Monday the company was using an existing stockpile of microchips, and designing products that do not require U.S. parts in semiconductors.

But former U.S. Department of Commerce official Kevin Wolf told the Financial Times he doubted that Chinese companies were capable of excluding all U.S. tools in semiconductors. “My bet would be it is impossible,” he said.

Huawei is already benefiting from Western sanctions in other ways, however, seizing on the vacuum left by Apple and Samsung's withdrawal.

Huawei smartphone sales tripled in the first two weeks of March, the FT reports, citing MTS, Russia’s biggest mobile-phone provider. While Apple’s Russian website still features the iPhone 13 for sale, with “exceptional strength and a huge increase in battery life,” in reality the products are unavailable under sanctions.

By contrast, Huawei’s Russia site includes a full slate of products, including its high-end P50 smartphone, on sale for $2,000, which the site boasts was designed by Dutch fashion designer Iris van Herpen and offers “a unique combination of style and high technology.”